Marikana: A wound that must be healed 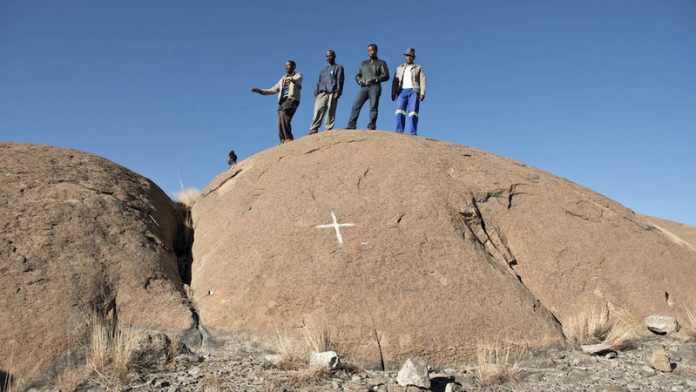 This week, lawyers representing the government, the families of the men unlawfully killed by police or by others at Marikana, as well as those who survived, will start discussions on “an alternative dispute process to expedite the processing of all claims arising from the tragic incidents of August 2012”.

This conversation is long overdue. Almost four years later, the family members of the men who were killed during the week of August 16 2012 are clearly still experiencing the costs of the deaths of their loved ones, emotionally and financially.

Despite the long commission of inquiry process, a lack of understanding of why their loved ones died and delays in instituting reparation processes has left many family members frustrated and angry.

One grieving mother told Amnesty International: “It’s like having a wound and someone keeps on touching it and making it sore again.”

Family members speak of the lack of closure and the difficulties that they continue to face because of the loss of a breadwinner, beloved husband, brother or son. They need accountability and reparation to help achieve closure.

All victims of human rights violations have a right to an effective remedy and reparation. This right lies at the very core of international human rights law. It is based on the legal obligations of states to respect and protect human rights against violations by the state and its agents, and abuses by nonstate actors.

States are required to take steps to respond to these violations and abuses by investigating the facts, holding the perpetrators to account and ensuring effective reparation for the harm caused.

Reparation – or measures to repair the harm caused to victims of human rights violations – comprise a range of elements. The key aspect of reparation is that it must seek to remove the consequences of the violation and, as far as possible, restore the people who have been affected to the situation they would have been in had the violation not occurred.

While financial compensation is vitally important, and a key demand by families and survivors, it should not be the end of the story. It is only one of several elements of reparation.

Restitution is intended to restore the victim to the original situation that they were in before the violation took place. But if this involves restoring a situation that entrenches discrimination and disadvantage, something more transformative is required.

With the victims of Marikana, their original situation was one of inequality, and restoring that situation would simply reinforce the conditions that led to the strike with its associated violence and deaths.

As Rashida Manjoo, the United Nations special rapporteur on violence against women, has stated: “Reparations should aspire to subvert, instead of reinforce pre-existing structural inequality.”

While this is easier said than done, there should be a concerted effort on the part of those responsible for the violations at Marikana to consult with the families of the deceased and survivors on measures that would move beyond restitution to rectification.

There is also a need for rehabilitation of the victims, which includes any medical and psychological care they need, as well as support from legal and social services.

While the government initially provided some social-worker support to the families of the deceased, this has long ended.

Most family members who have spoken to Amnesty International continue to suffer ongoing trauma and pain. Their health problems include bouts of dizziness and chest pains, and struggling to concentrate. Children are still haunted by the loss of beloved fathers. There remains a clear need for psychosocial support for these families.

Satisfaction covers a broad range of measures and can include a public apology, including acknowledgement of the facts and acceptance of responsibility, bringing to justice those responsible for violations, and memorials and commemorations of the victims.

As one grieving woman told us: “It would give us more closure if people were to be held accountable. It is so painful when there is so much uncertainty … when our husbands died like dogs.”

Any memorial to the events at Marikana should be designed in consultation with all affected individuals, groups and families and should commemorate all of the individuals who died that week.

In addition to these, there must be guarantees of nonrepetition. This includes changes in laws and ensuring that proper oversight mechanisms are put in place.

Guaranteeing nonrepetition also requires tackling the structural inequality that was a key driver of the unprotected strike at Marikana.

But so far these core conditions – and the anger and frustration of the survivors and families – have not been addressed.

Tracy Doig is a Southern Africa campaigner for Amnesty International

We condemn the killing of a black Americans, yet women, African foreigners and queer people are regularly abused and killed in SA
Read more
Analysis

‘Less lethal’ weapons have resulted in deaths and severe injuries, yet there are still no guidelines
Read more
Coronavirus

The coronavirus pandemic has revealed heavy-handed, brutal and, at times, lethal action by some members of the police
Read more
Coronavirus

How South African citizens, the police and the army, and politicians behave during the 21-day lockdown will have far-reaching implications for our democracy
Read more
Advertising
Continue to the category
National