Rampant Roses will be thorny foes 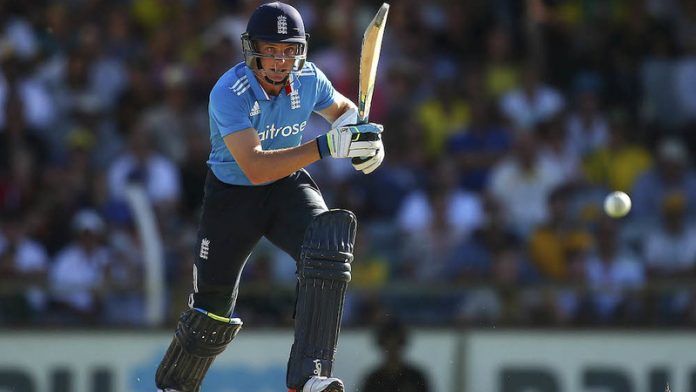 South Africa’s search for a Test all-rounder will take a six-month break, but will continue in both limited-overs formats over the next five weeks, with a five-match one-day international series against England followed by a short T20 series against England and Australia before the T20 World Cup in India in March.

Neither of the designated men pencilled in for the number seven position is a genuine all-rounder. Farhaan Behardien is a batsman who bowls a bit and Chris Morris is a bowler who bats a bit. On that basis they might both play, with Morris providing the extra batting depth at number eight that was so sorely missed during the World Cup, and Behardien sharing 10 bowling overs with JP Duminy.

Unlike England, both the personnel and the strategy of South Africa have evolved little since the World Cup almost a year ago. Perhaps they don’t need to. Also unlike England, who were humiliatingly eliminated in the first round by Bangladesh, the Proteas reached the semifinal.

But that embarrassment was the catalyst for England to demolish what remained of their 50-over team and its outdated approach. The subsequent evolution of a brand-new, exciting – and winning – team happened far more quickly than anyone dared hope and they now believe they can stand toe-to-toe with any other team in the world.

They may even start as favourites when the series begins at the Mangaung Oval in Bloemfontein on Wednesday.

When former England captain Andrew Strauss completed Graeme Smith’s hat-trick of retired England captains in 2012, he enjoyed a shorter-than-planned sabbatical before the England and Wales Cricket Board persuaded him to take a critical role as director of cricket.

“One of the first things he did was complete the separation of the one-day team from the Test team,” said his predecessor as captain, Michael Vaughan. “It was brave of him and there were more than a few noses put out of joint, but England had been useless at 50-over cricket for years and then slumped to a new low, so he believed a proper clear-out was needed.

“New opening batsmen, hard-hitting middle order, highly skilled specialist bowlers – and a fearless approach to the game, led by captain Eoin Morgan, which isn’t dependent on a particular formula. And it’s been bloody successful since the World Cup,” Vaughan says.

Indeed so. In their very first match the reshaped, refreshed ODI team scored 408 against New Zealand and passed 300 in their next three fixtures en route to a stunning 3-2 series win. Then they produced another unlikely result with a 3-1 win against Pakistan in the challenging conditions of the United Arab Emirates.

Many of the new faces have yet to establish themselves, but Sam Billings has started with a strike rate of 132, Jason Roy and Alex Hales have already scored hundreds, David Willey thrives on bowling the death overs, and leg-spinning all-rounder Adil Rashid was recently voted the second-most valuable player at the T20 Big Bash in Australia. Wicketkeeper Jos Buttler, meanwhile, can claim to be the most innovative and destructive middle-order batsman in the world.

For all “new” England’s unpredictability, South Africa are likely to stick with what they know and are comfortable with. In the simplest terms, it means not losing wickets for as long as possible, even at the expense of scoring runs in the first 10 overs, and then building to a spectacular crescendo in the final 10 overs.

It is an approach that has enabled the team to pass 400 more than any other and allowed AB de Villiers to score his record-breaking centuries. But it also loads unnecessary pressure on the back end of the innings when applied in the second innings and has contributed to the Proteas becoming significantly less successful at chasing targets than setting them.

Dale Steyn will play no part in the series but with Hashim Amla in form and De Villiers as certain as anything can be in cricket to bounce back from three consecutive Test ducks, South Africa cannot be regarded as underdogs to anybody.