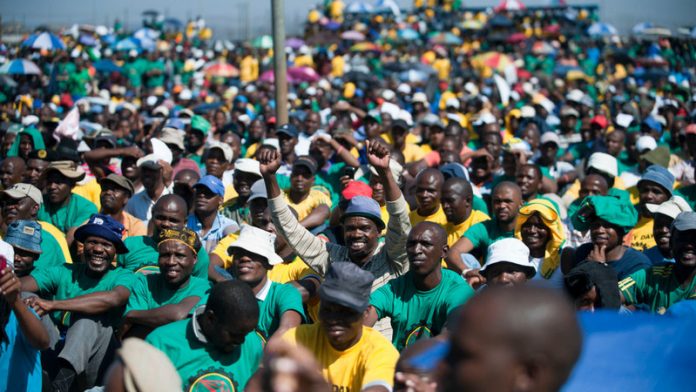 A minority of whites disapprove of apartheid but many are on the fence about racial segregation.

This is one finding from a survey showing South Africans are increasingly dissatisfied with the state of the country’s democracy; a small majority say they would prefer a non-elected government that will guarantee delivery on jobs, housing, other basic services, safety and rule of law.

The survey, run by Afrobarometer South Africa under the Institute for Justice and Reconciliation in conjunction with Plus 94 Research, is based on data collected from 2 400 adults during August and September 2015. The sample has a confidence level of 95% and a 2% error margin.

Rorisang Lekalake, assistant project manager for Afrobarometer in Southern Africa, found that support for democracy sat at 64% in 2015 in comparison with 72% in 2011. This places South Africa slightly below the 67% continental average.

Sixty-one percent of South Africans approved of a nonelected administration to ensure basic services delivery. In 2015, 77% rejected the apartheid regime, a 14% rise on 2008.

Racially, black and coloured people showed the highest apartheid disapproval rates at 82% and 73% respectively. The Indian population recorded an anti-apartheid percentage of 61%, whereas 44% of white people disapproved of apartheid, 26% were undecided and 30% said they would “endorse such an initiative”.

The survey also found that most South Africans approve of the creation of a workers’ party to fight for the rights of the employed and to contest elections, said Afrobarometer’s communications co-ordinator for Southern Africa, Sibusiso Nkomo. He added that 53% called for such a party and 45% believed trade unions should operate independently of government, and not in support of the tripartite alliance of the ANC, Cosatu and the South African Communist Party.

That figure is at 54%: only 20% disagree. In terms of locality, 56% of urban residents believe Cosatu harboured a hunger for political power whereas the rural rate is 49%.

Provinces most concerned in this regard are KwaZulu-Natal, Limpopo and the Northern Cape at 74%, 65% and 63% respectively. The least concerned are the Eastern Cape at 29%, Mpumalanga at 30% and the Free State at 45%.

Nkomo added: “Although South Africa’s centre-left ANC professes to work for the poor and working classes, Afrobarometer data shows a majority of citizens favour the establishment of a workers’ party to challenge the party in power. A majority of South Africans say Cosatu leaders are more focused on political power than workers’ interests.”

Africa’s climate is getting worse for farming, survey reports

Fresh vigilance is needed to protect media freedom across Africa