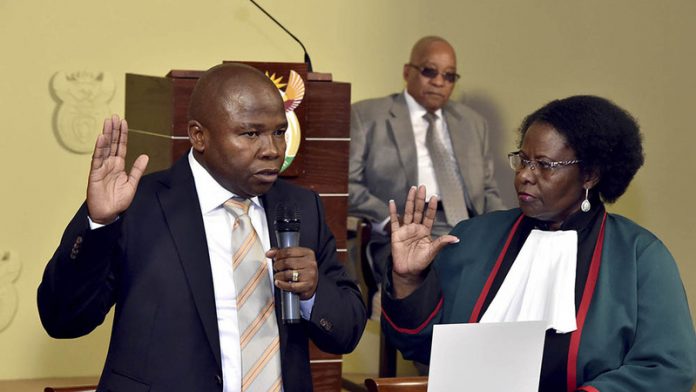 The department of co-operative governance and traditional affairs, now overseen by David “Des” van Rooyen, who was fleetingly finance minister in December, will receive a budget increase in the medium term. Although overall baseline allocations to local, national and provincial governments were cut by 2.2%, 0.8% and 0.4% respectively, the department that oversees the smooth running of municipalities will be given more money to ensure that this takes place.

For 2016-2017, the department will be allocated just under R73-billion. Of that, the bulk – R68-billion – will go towards providing “institutional development”. This will largely be channelled through “Back to Basics”, a five-pillar programme aimed at ensuring quality service delivery, promoting good governance and prudent financial management, and “building institutional resilience and administrative capability”.

Municipal infrastructure expenditure will increase from R14.9?billion this year to R16.9?billion in 2018-2019.

Last year, the co-operative governance department cracked down on municipalities that showed a lack of financial discipline. Under the leadership of its previous minister, Pravin Gordhan – who is now the finance minister – the department’s local government equitable share grant was underspent by R2.9-billion. “National treasury withheld the grant from 60 municipalities that failed to pay water boards and Eskom for services provided,” the department explained in its vote.

Internal misconduct is also being rooted out. Earlier this month, a former department employee in KwaZulu-Natal and a businessperson appeared in court on charges of stealing R7.5-million from the department by diverting cash that was intended to build a community centre in Bulwer.

But the Democratic Alliance has cast doubts on the likelihood that Van Rooyen will display similarly decisive leadership. It said he is “simply unfit for ministerial office”.

In December he was appointed finance minister, which saw R169?billion leave the South African market. Four days later, his position was swapped with that of Gordhan, who had led the co-operative governance department since May 2014.

Investec’s chief economist, Annabel Bishop, described Van Rooyen as a “perceived populist” and said the market saw his appointment to the finance ministry as the “government’s attempt to deepen extreme left-wing policies”.

Previously, Van Rooyen was the mayor of Gauteng’s Merafong council. The DA says he oversaw an increase of almost 70% in his own mayoral salary during his five years in office‚ and an increase in executive councillors’ salaries by 76.67%.

“Within just his second year in the mayoral office in Merafong‚ Van Rooyen oversaw R3 177 859 in unauthorised‚ irregular‚ fruitless and wasteful expenditure‚ up from zero in the year he came to office‚” the DA’s spokesperson on co-operative governance, Kevin Mileham, said.

But Van Rooyen has a string of business qualifications, including diplomas and certificates in business management, municipal governance, councillor development, municipal finance, investment analysis, and economic and public finance. He holds a master’s degree in public development and management (although it is unclear where from) and most recently earned an MSc in finance from the University of London.