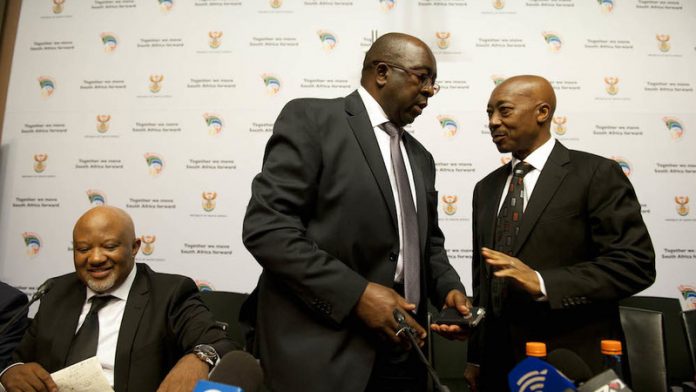 The M&G quoted key insiders accusing tax commissioner Tom Moyane and others of grabbing control of a key division dealing with large corporations and wealthy individuals.

It described claims that Moyane’s second-in-command, Jonas Makwakwa, had previously clashed with executives over his engagements with taxpayers.

Sars’s lawyer, David Maphakela, demanded a retraction and an apology. He said the M&G contravened the Tax Administration Act by “unlawfully disclosing taxpayer information” and that the article was “littered with falsity, inaccuracy, unfairness, distortion and misrepresentation of facts”.

M&G lawyer Dario Milo responded that the article was “clearly in the public interest and its publication was lawful”.

He invited Sars to answer the M&G’s questions, which have been ignored for two weeks, and said “in the circumstances” the paper declined to apologise and retract.

Maphakela responded: “[The M&G’s] … defence of public interest as a panacea to justify the publication, illustrates … [an]unfathomable misdirection of the law.”

He said: “Our client will proceed to exercise its rights in law, including civil and criminal proceedings.”

The finance minister has to close the jaws of the hippo and he’s likely to do this by tightening the country’s belt, again.
Read more
Africa

“They say people disappear, young men with dreadlocked hair, with tattoos, or even just carrying a laptop in a backpack,” writes Elnathan John in a reflective essay about Nigeria.
Read more
Business