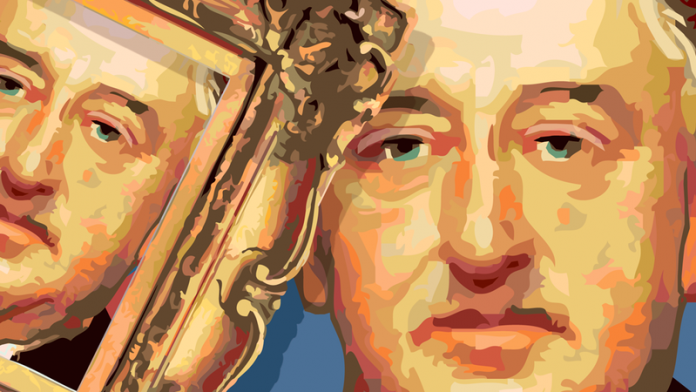 In the late afternoon of March 9 last year, at about the same time that Chumani Maxwele was smearing human faeces on the statue of Cecil John Rhodes at the University of Cape Town (UCT), a genteel alumni event for Rhodes scholars was taking place in a wood-panelled room in central Cape Town.

The participants – South African Rhodes scholars and the visiting delegation from the Rhodes Trust – were predominantly white males over the age of 60, reflecting the history of the scholarships.

Above the mantelpiece was a small portrait of Rhodes, reminiscent of the enormous portrait that stares down on Milner Hall in Rhodes House in Oxford. Rhodes House is the headquarters of the Rhodes Trust, which manages the funds allocated to the Rhodes scholarships according to his last will and testament.

The trust and, to a lesser extent, the scholarships, have largely been spared critical attention in the debate about the #RhodesMustFall movement and its various local and international offshoots. (The trust is different to its Southern African regional secretariat, which has generally been more progressive on various dimensions.) But, given how closely bound the trust and the scholarships are with the University of Oxford and the University of Cape Town as academic institutions, it is interesting to examine its approach to the legacy of Rhodes.

The trust’s basic modus operandi is that it tries to mollify criticism of Rhodes’s legacy while not offending its wealthy alumni and other donors on whom it relies for funds and influence. The statement on its website about Rhodes’s legacy states: “Like Alfred Nobel, Rhodes was a complicated man who left his wealth to create an important institution that makes the world better.”

Nobel invented dynamite, and was involved in munitions manufacturing, but to my knowledge he did not order that they be used to kill people. Credible histories of Rhodes are unequivocal that he stole land and gave orders that led to the deaths of innocent people.

Similarly, the trust has never – to my knowledge – contradicted the misleading claim that Rhodes was not a racist because a clause in his will states that race should not be a factor in selection of scholars. This claim recurs even today, despite the fact that historians such as Paul Maylam have pointed out that the clause almost certainly refers to Afrikaners and that Rhodes never intended the scholarships for black people. The trust’s noncommittal stance tacitly encourages the perpetuation of such historical misrepresentations.

Fortunately, the scholarships are now open to groups besides white men, but there remains much about the trust that has not substantially transformed.

When I arrived at Oxford in September 2007, the welcome was friendly but the dinner for new scholars at Rhodes House was an unnerving experience. In a speech in front of the glowering portrait of Rhodes, the then warden remarked that scholars should “not bite the hand that feeds you” by criticising Rhodes or the trust. At dinner afterwards, someone proposed a toast to “the founder” (Rhodes) and many of those present raised a glass to the large portrait.

Like many African scholars, I find such views and habits bilious. Much of Rhodes’s wealth was illegitimate, and one need have no qualms in taking a Rhodes scholarship and criticising the man who funded it.

The trust’s careful positioning is reflected in its approach to Bram Fischer. Fischer’s name was recently wheeled out in statements by the warden of the trust, in response to developments around #RhodesMustFall, as an illustration of the trust’s historical progressiveness.

Yet when Fischer received the scholarship, he was still considered part of the white Afrikaner establishment; his radicalisation only came later. Furthermore, Fischer has received little recognition from the trust. When a fellow scholar, Konstantin Sofianos, and I approached the warden of Rhodes House in 2009 to make the case for a portrait of Fischer in Rhodes House – with the support of other South African scholars in Oxford – we were fobbed off. Reasons ranged from financial difficulties, lack of space on the walls and problems with justifying the selection of any particular individual for this privilege.

The trust has subsequently put up a portrait of its “second century founder”, John McCall MacBain, a scholar who donated a large sum from the sale of a classified advertisement business. And recently it announced the putting up of a portrait of Lucy Banda Sichone, a black Zambian Rhodes scholar. Sichone was reportedly an admirable woman, fighting for social justice against the odds and in spite of gender discrimination.

But this decision – taken after #RhodesMustFall spread to Oxford, and possibly encouraged by the brand management company the trust is reported to have hired – seems cynical. Putting a token black female on the wall appears progressive, even as conservatives in the trust feel more comfortable knowing that Sichone battled the post-independence Zambian government, whereas Fischer battled a settler colonialist state with which some scholars were, directly or indirectly, sympathetically associated.

Fischer was also an unapologetic communist and the predominance of scholars from the United States, along with trustees from private consultancies and corporations, ensures that McCarthyist-type views retain some respectability within the Rhodes scholar community.

Interestingly, although no space can be found for the scholar (Fischer) who defended Nelson Mandela in the dock, two portraits of Mandela hang in Milner Hall. Mandela’s popularity within the trust stems particularly from his conciliatory remarks in agreeing to the creation of the Mandela Rhodes Trust (described by Nigerian scholar Adekeye Adebajo as a “monstrous marriage”). This institution received an endowment from the Rhodes Trust – albeit with significant opposition from some scholars.

In recent debates about #RhodesMustFall within Rhodes scholar online forums, critics have regularly questioned why these students do not “follow Mandela’s example”.

As Carina Venter noted in her Mail & Guardian article, #RhodesMustFall: Oxford alumni keep the colonial fires burning, such references to Mandela are dishonest and hypocritical; these individuals have often done nothing to address colonial legacies themselves. Much like some white South Africans, they see Mandela as offering costless salvation for historical sins.

I would argue that Mandela’s position on the trust actually had little to do with his beliefs about how to deal with Rhodes’s legacy as a whole and more to do with diplomatic pragmatism aimed at securing financial support for postgraduate studies by young Africans.

One outspoken scholar in favour of the status quo (toasting “the founder”, keeping statues, and so on) is RW Johnson, the former Oxford professor, now perhaps most infamous for comparing black South Africans, by analogy, with baboons in a piece for the London Review of Books. He has been vocal in Rhodes scholar forums, with every initiative by #RhodesMustFall eliciting a new warning of swart gevaar. Well before the recent, thoughtless violence at UCT (that some have ill-advisedly attempted to justify using superficial readings of Frantz Fanon), the mere demand that a statue be relocated led Johnson to make hysterical comparisons with the Islamic State.

Such views appear to resonate with many in the trust and the University of Oxford. The historian Niall Ferguson, who studied history at the Oxford college where Johnson was a don and retains a post at the university, wrote an article titled (rather pathetically) “Come and have a go at Cecil’s statue if you think you’re hard enough”. In a similar vein, the chancellor and vice-chancellor of the university have in effect told students that they should go elsewhere if they are unhappy with Oxford’s unwillingness to deal with its colonial legacy.

In a stunning case of self-delusion, by conflating #RhodesMustFall’s concerns with broader debates about “safe space”, both have claimed that they are standing up for free speech and critical debate.

None of this surprises me. When I was at Oxford, an invitation to the leader of the fascist British National Party to speak at the Oxford Union was upheld on the basis of “free speech” and blackface incidents occurred regularly.

The extent of institutional conservatism and donor influence became blatantly obvious to outsiders when Oriel College recently scrapped a consultation process about its statue of Rhodes in response to threats to withdraw funding.

UCT faces similar problems, but has arguably done more to engage with concerns and encourage debate.

Some credit for this should go to its vice-chancellor, Max Price, himself a Rhodes scholar, though it also reflects a different balance of forces in South Africa.

What then is the way forward? I would disagree with Chris Mann in his article in the M&G, #RhodesMustFall: Lessons to be drawn, that past decisions about naming and statues should be accepted by future societies, or that they are necessary for us to appreciate history and historical prejudice.

Statues mean little unless one already knows history – and, if one does, then their presence is incidental to knowledge.

The removal of the Rhodes statue was a welcome and powerful symbolic change at UCT. Institutions such as the Rhodes Trust, the University of Oxford and Oriel College need to do more to initiate such change, rather than clinging to the status quo because of the reactionary approach of donors and older alumni.

Seán Muller is an economist in the South African public sector, a former lecturer and student at UCT, and studied at Oxford on a Rhodes scholarship from 2007 to 2009.