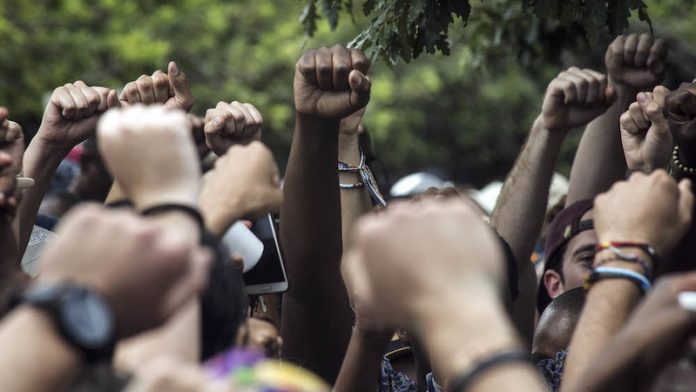 I write in relation to your article and opinion editorial published March 11th 2016, about Montepuez Ruby Mining Lda (MRM) in Mozambique.

Having provided a comprehensive response to all the issues raised in your investigation, Gemfields is dismayed that your article still contains significant factual inaccuracies and distortions.

Not only does the article ignore most of the detailed information that was provided, but the reporting team also declined offers to visit MRM and see the situation for themselves.

As a result, the article presents, in a one-sided manner, preconceived views that simply do not correspond with the reality on the ground.

Neither Gemfields nor MRM has ever sanctioned or condoned any such acts of violence, and would never tolerate conduct of that nature. The company is proud of its commitment to the responsible mining of coloured gemstones and is determined to transform the industry into one that is transparent, acts conscientiously and benefits all stakeholders, including local communities.

We extend once more an open invitation to your team to come to MRM and see the situation for themselves. We are confident they will get a very different perspective. – Ian Harebottle, Gemfields Plc CEO

It is of great concern that the Mail & Guardian’s education section, which last week dealt with the language issue at universities, is promoting English only and ignored opposing views.

I want to respond chiefly to the article by Nic Spaull and Debra Shepherd ( Afrikaans varsities perpetuate racial divisions), because they are both economists and from experience I know that language issues usually do not receive much attention from economists.

Spaul and Shepherd want to restrict their discussion to empirical reality because “ideological viewpoints … have little appreciation for, or understanding of, empirical reality”. This is a rather ingenious move, because it creates the impression that empirical facts form the basis of their argument and discredits opposing views as merely ideological. If you propose an empirical approach and strive to be objective, it is imperative that all the facts are taken into account, and not a selective few. The facts should obviously also be correct.

An important question: Why do Spaul and Shepherd focus on black African students only and ignore coloured students?

In 1996 South Africa adopted a new Constitution that, inter alia, emphasises the importance of multilingualism.

If we want to restrict ourselves to facts, the language demography of the Western Cape could serve as a point of departure. According to the 2011 census, about 2.8-million individuals in the province use Afrikaans as first language, 1.4-million use isiXhosa and 1.1-million use English. Given these figures, one should not be phasing out Afrikaans but rather adding isiXhosa at one of the three universities in the Western Cape.

Internationally, many smaller languages face extinction (take Irish as an example) and if no action is taken to promote them, they may eventually die. In the same way that we protect endangered species, we should also endeavour to protect languages, because they are national assets and part of our cultural heritage.

Economists often emphasise the direct cost of multilingualism but tend to ignore its social benefits, which are more difficult to quantify. Multilingualism could empower individuals, improve their self-conception and contribute to economic progress.

If multilingualism is important to South Africa – and, according to the Constitution, it is – we must actively promote it. If decolonisation is high on the agenda, the imperial language should not be promoted further at the expense of our local languages. – Professor Theo van der Merwe, department of economics, Unisa

UCT looked for a dean of colour

It is deeply disappointing that the writer of your article UCT escalates transformation row ignored the information the University of Cape Town provided to explain our efforts to appoint black academics to senior posts – including efforts to seek black candidates for the position of dean of the commerce faculty – and the reasons for appointing Professor Ingrid Woolard to this post.

UCT is deeply committed to transformation. We recognise that transformation in the higher education sector overall has happened too slowly. It is at the forefront of our thinking in the appointments that we make. It is precisely for this reason that we followed a very lengthy process in appointing the dean of commerce.

UCT only opened the applications to white candidates after the post had been advertised twice considering specifically black Africans.

The selection process started four months before the previous dean’s departure and took 18 months because of unsuccessful efforts to get a black candidate. The selection committee comprised 50% black South Africans, and both employment equity and student representatives sat on this committee. Professor Woolard’s contribution to the understanding of labour markets, social protection, tax policy and the measurement of poverty and inequality make her highly suitable to train future leaders in the commerce faculty, who will be addressing these aspects of South Africa’s ongoing transformation.

In 2015, UCT made seven new senior appointments, of which four were deans. Five of these were black candidates, and these five included two women. The other two appointments were white women. The university has a deputy vice-chancellor vacancy that we are actively seeking to fill with a black candidate. We recognise that much still needs to be done, but we are committed to achieving a transformed academic sector. – Patricia Lucas, communications manager, UCT

Black students not a rare find at Potch

Your article on a culturally divided North-West University reflects that black students often play “spot the black students” on the Potchefstroom campus. Yet the figures published with the article paint a different picture. Black students are in the majority across all three NWU campuses, but only two student representative council (SRC) portfolios have ever had black students elected to them.

It is assumed that black students may be less affluent and have less leisure time than their more privileged white counterparts. But all that is required of the black students is to cast votes for the SRC once a year.

Find the black students at Potch? I think they have to find themselves and discover their own worth before anyone else can find them. They seem an absent, disinterested, silent majority, acting like a minority caught in an Afrikaans wilderness much less daunting than suggested by the cold, hard facts. – Hannes Davids