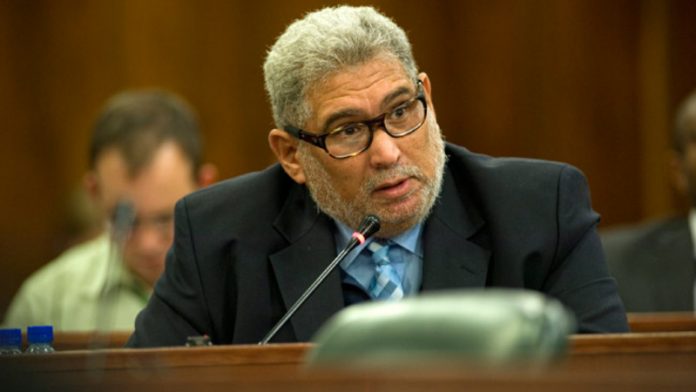 The report on filling South Africa’s Inspector-General of Intelligence post will be referred back to the committee.

This was after the ANC said on Wednesday that they would table a motion in the National Assembly to refer the report back to the committee for review.

Burgess is the former head of the intelligence committee and he championed the so-called “secrecy bill”.

Opposition parties have fiercely objected to his candidacy.

“We have no doubt regarding the capability of the recommended candidate, Adv Cecil Burgess – who certainly met all the prescribed requirements for the post – to discharge the duties of the office independently and professionally as directed by the Constitution and the Act,” the ANC said in a statement.

However, the party said, in the spirit of consensus-building and inclusivity, they thought it appropriate to refer the matter back to the committee to ensure that there was broader and sufficient consultation around the candidate.

“The ANC is mindful of the urgency with which the post of the Inspector-General of Intelligence, which has been vacant for a while now, must be filled. We are confident that the consensus that will be sought by the committee process will expedite the appointment of the new inspector general.”

In order for it to pass through the National Assembly, a two thirds majority has to vote in favour of it.

The ruling party has 249 MPs in the National Assembly, and 267 are needed to carry the vote.

The DA said they were vindicated by the withdrawal of the report.

“This is undoubtedly a victory for the opposition, but most importantly, for the tenets of transparency and accountability in South Africa’s intelligence services,” chief whip John Steenhuisen said.

The R2K campaign lauded the decision. “We have fought hard against the appointment of Mr Burgess, whom we deem not fit for the Office of the Inspector General because of his past conduct as the chairperson of the Joint Standing Committee on Intelligence,” the organisation said.

It urged MPs to swiftly appoint a suitable candidate for the role, which had been vacant for a year. DA Chief Whip John Steenhuisen said it was a victory for transparency and accountability in South Africa’s intelligence services.

This is the second time the report has been withdrawn at the last minute.

“The DA has never wavered in its opposition to Burgess’s proposed appointment and will continue in that vein if this report is ever revived,” the party said. – News24