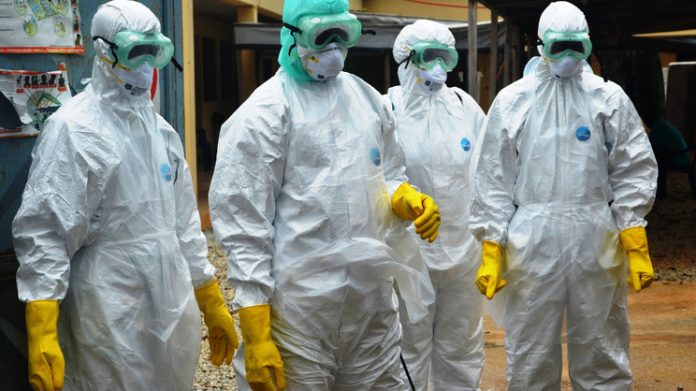 A medical charity said Friday it had reopened its specialist Ebola clinic in southern Guinea to treat an infected woman and her child after the virus killed at least two of their relatives.

The pair were receiving treatment after they tested positive for the virus on Thursday, the Alliance For International Medical Action (Alima) said.

“We hope that this new episode will be rapidly contained because today the authorities and communities are well versed in the appropriate measures to fight the disease,” Richard Kojan, a Conakry-based doctor for Alima, said.

The World Health Organisation (WHO) said Friday Guinean health officials had alerted it to Ebola symptoms in the family’s village of Koropara, 100km from Guinea’s second city of Nzerekore, on March 16.

The child being treated was a boy aged five, the WHO said.

An expert team had already been dispatched to conduct tests after the two new diagnoses, and a larger WHO deployment was en route.

“More specialists are expected to arrive in the coming days. Response teams will work to investigate the origin of the new infections and to identify, isolate, vaccinate and monitor all contacts of the new cases and those who died,” the world health body said in a statement.

Close to original outbreak
The Guinean government said a quarantined area around the family’s home would be established, and announced a door-to-door search for other potential Ebola cases in the district.

The village is in the same region where the first Ebola case of the current outbreak was registered in December 2013.

A source close to the local anti-Ebola coordination team told AFP that the two deceased relatives were a married couple.

On Thursday the world health body was already warning that a recurrence of the deadly virus – which has claimed 11,300 lives since December 2013 – remained a possibility.

The four confirmed cases were the first in Guinea since the country was declared free of Ebola transmission at the end of last year, though a significant number of deaths are believed to have gone unreported.

The WHO refers to these isolated cases as “flare-ups” but maintains that what it calls the original “chains of transmission” have been stopped in Guinea, Liberia and Sierra Leone.

The Guinea diagnoses came the same day the WHO declared a similar flare-up over in Sierra Leone, announcing there had been no new cases for 42 days, the length of two Ebola incubation cycles.

Dedicated teams were on alert at the borders between the two countries, he said, with a rapid response team also primed.

“All hospitals in the country have reactivated treatment centres at regional headquarters and in (the eastern diamond mining town of) Kono,” Dafai added. – AFP