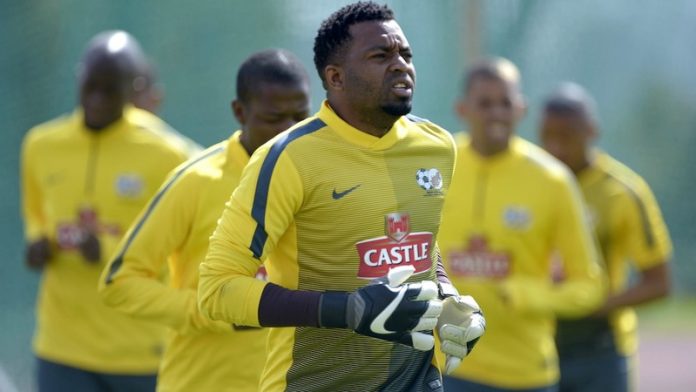 Given that Cameroon have lost only a single competitive international at home since 1975, the chances of Bafana Bafana achieving an extremely necessary away success on Saturday against one of the continent’s footballing heavyweights are slim.

That means hopes of going to the next African Nations Cup finals tournament will be largely extinguished for South Africa, who would have little chance of topping the qualifying group and winning a place in the field for the finals in Gabon early next year.

Missing out on the Nations Cup would add to the rapidly descending fog engulfing the local game, where at club level there has been another set of disastrous results delivered by Premier Soccer League clubs in continental club competition, and the administration of the game is tarnished by bribery and corruption allegations, plus a new bout of match-fixing.

Bafana Bafana have before been able to lift the game out of a similarly induced slump, with success on the field providing much-needed funk.

But to ask for a double triumph in the next days over the Indomitable Lions is setting aspirations a little too high. South Africa’s national side play Cameroon in Limbe on Saturday (4.30pm kick-off) and then again three days later at the Moses Mabhida Stadium in Durban on Tuesday night (7pm kick-off).

South Africa were always going to face an uphill tussle after being drawn in the same preliminary group with Cameroon, who have been to seven World Cups and 17 Nations Cup tournaments, and with the qualifying competition dictating that only the group winners – plus the two best runners-up – go on to the finals tournament in January 2017.

The Gambia and Mauritania are the other two teams in the group and after the draw it was surmised that Cameroon and South Africa would beat the minnows at home and away and then have to battle it out between each other to take top place … maybe with a thin margin of goal difference settling the outcome.

So much for punditry because, after the opening two rounds of the qualifying campaign, Cameroon have stuck to the script but Bafana have all but blown their hopes.

Drawing at home in June in the opening group game with the Gambia was an embarrassment, notably given how many chances Shakes Mashaba’s side had and yet were unable to turn any into the net. Gambia, admittedly, did ride their luck but these are games that seasoned international sides win comfortably in a consummate display of their superiority.

From the calamity against Gambia came an even bigger disaster – losing 3-1 to Mauritania, who had never beaten a major footballing team before. This means that, as we reach the halfway point of the six-round qualifying campaign, Cameroon have six points and South Africa one.

Realistically then, Mashaba’s team must win in Limbe (a coastal city some two hours bus drive from Douala) on Saturday and in Durban in the back-to-back games against Cameroon to go from one point to seven and put their noses ahead of the Lions in the group M standings. It can be assumed Cameroon will win their last two games against the Gambia and Mauritania – as they did their first two – and Bafana Bafana will have to do the same to remain ahead.

South Africa’s rather tentative hopes have not been helped by injuries to key players such as Sibusiso Vilakazi, Bongani Zulu and exciting teenager Phakamani Mahlambi, who was set for his first senior call-up, over the past weeks. With Itumeleng Khune only just back from a long injury break, there is now a question mark in the goalkeeping department, and up front it is hard to see where any goals could come from.

Midfield maestro Thulani Serero is hardly playing these days at Ajax Amsterdam, so his effectiveness is under question and Tokelo Rantie has hardly kicked a ball in anger over the past season.

Cameroon have some injury concerns, too, with lead striker Eric Choupo Moting out injured and midfielder Alexandre Song, from West Ham United, first agreeing and then turning down a call-up. Song has refused to play for his country since the 2014 World Cup in a dispute with the federation.

The Tottenham Hotspur winger Clinton Njie has been injured and out of action since the start of the year.

But there is still plenty of class in their squad, notably Nicolas Nkoulou of Marseilles in the heart of defence, Stephane Mbia leading the midfield and the FC Porto striker Vincent Aboubaker up front.

Why Cameroon is obsessed with hosting the Afcon