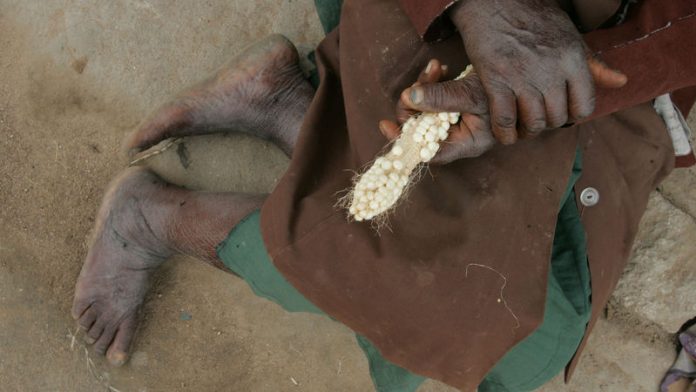 National spokesperson Sizwe Pamla said that there was “an increase in the rate of the working poor”, adding that more than 60% of South Africa workers receive a salary of less than R5 000 per month. Are earnings in South Africa that low? Africa Check looked into it.

Data from Stats SA
Asked for the source of the statistic, spokesperson Pamla referred Africa Check to Statistics South Africa (Stats SA). The statistics agency publishes an annual Labour Market Dynamics report that provides data on employment, the labour market and worker income in South Africa. The most recent one is for 2014. Each Labour Market Dynamics report is compiled from the year’s Quarterly Labour Force Surveys, a nationally representative poll of “approximately 30 000 dwellings in which households reside” every three months.

“This may suggest that people who found employment were less-skilled where earnings levels are lower. Thus the… middle of the earnings distribution would have declined,” Durieux said.

But high income may be underreported
What must be kept in mind though is that the Quarterly Labour Force Surveys are subject to underreporting, mostly at the higher income end. This Martin Wittenberg, an associate professor in the school of economics at the University of Cape Town, whose research focus among others is labour economics, told Africa Check.

Durieux concurred that high-income earners do not always reveal their true earnings.

However, she said Stats SA is confident that their surveys provide a good source of information on income distribution at the lower end of the scale, which can contribute to the national minimum wage debate.

But even considering an underreporting bias “the Cosatu figure is certainly reasonable,” Wittenberg said.

Conclusion: Best available data shows Cosatu’s figure is correct
Based on a compilation of their Quarterly Labour Force Surveys for 2014, Statistics South Africa estimated that 60% of workers in South Africa earned R4 200 a month during that period. While the data may be affected by underreporting, the Cosatu claim that 60% of workers earn less than R5 000 per month is seen as reasonable.