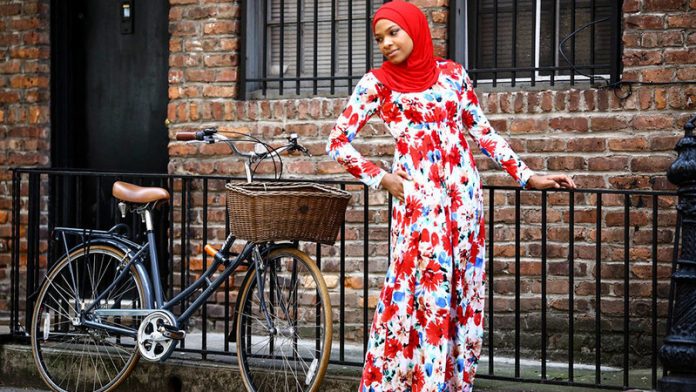 Come June, Muslims around the world will observe Ramadan, the holiest month on the Islamic lunar calendar. On sales calendars, though, it is arguably one of the most lucrative.

Giorgio Armani puts out his limited-edition range of chocolates, dates and pralines – all alcohol-free, gold paper-wrapped and expensive. A box of 16 retails online and across the Middle East, New York and Milan for R600. Mango launches a special online clothing collection for Eid, ranging from R300 for a scarf to R3 000 for a modest maxidress.

The one-percenters get an even grander experience: if what they’re looking for can’t be found in Dubai, they hop on a plane to London for the annual “Harrods hajj” or “Ramadan rush” – an epic shopping spree for clothes, jewellery and gifts to take back home for Eid.

Big brands have sat up and taken notice of the economic potential that Muslim consumer markets present. Globally, Muslims spent $266-billion on clothing and footwear in 2013. That’s more than the total fashion spend of Japan and Italy combined, according to a  2014-2015 report from Thomson Reuters .

In the United Kingdom, shoppers from the Middle East spend an average of £152.40 a transaction, according to a 2014 study by Worldpay, a card payment processing company. In comparison, European visitors spend £49.

Global brands have successfully tapped into modern, wealthy Muslim societies through halaal-friendly food, fashion and tourism campaigns and boy, have they struck gold.

Economic downturn? The Middle East hasn’t heard of it. Last year, in this region alone, sales of luxury items amounted to $8.7-billion, according to a report by Parisian management consultancy Bain.

The heavily embellished consumerism directed our way does not recognise the multiplicity of Muslim experiences, nationalities, races and socioeconomic backgrounds that make up this religious group.

From clothing to food, the target market for these high-end products is specific: the wealthy Muslim consumer with a taste for the finer things in life.

The average Fatima in Abuja, Lahore or Durban won’t be buying those saffron-infused, emerald-green, sugar-covered pralines from Armani, nor can she afford Dolce & Gabbana’s lace-detailed sheer georgette abayas. Can anyone? The high-end range is expected to retail from anywhere between R20 000 and R80 000.

DKNY, Oscar de la Renta and Tommy Hilfiger are all too aware of this. Their modestwear ranges are available only in the Middle Eastern markets, where women are more likely to buy them rather than simply window-shop.

The Islamic fashion industry across Southeast Asia is also booming. Women there may not all be as wealthy as their designer-clad counterparts in the Gulf, but they share the notion that dressing modestly and being glamorous are not mutually exclusive concepts. The modestwear range from online retailer Zalora (priced from R750 to R1 750) and colourful headscarves from Uniqlo (priced at about R235) are just a few of the products that brands have tailored for this market.

Although the Kardashian sisters and Chiara Ferragni are fashion inspirations to women worldwide, those who prefer to cover up have found their muses in ubiquitous fashion bloggers who incorporate hijab into their daily dressing. The most famous of these are Indonesia-based designer Dian Pelangi, British-Egyptian blogger Dina Tokio and Kuwaiti-American blogger Ascia Al-Faraj (who goes by the name Ascia AKF online).

Al-Faraj is courted by major brands such as Dior, Tory Burch and Ralph Lauren, who often fly her out to glamorous destinations for events and shoots. She collaborates with regional designers, High Street brands, and couture labels, essentially marketing their latest stilettos, bags or watches to her 1.6-million Instagram followers.

Islamic fashion is not the only sector boasting growth. The halaal tourism industry is also on the rise. According to the 2015 Global Muslim Travel Index by Singapore-based halaal travel specialist CrescentRating and MasterCard, this sector was worth $145-billion in 2014, with 108-million Muslim travellers. It is expected to grow to $200-billion in 2020, with Muslim travellers set to increase to 150-million that year.

Besides Muslim-friendly destinations such as Malaysia, the United Arab Emirates and Egypt, countries such as Australia and Thailand are eyeing their share of the Muslim tourist market by focusing on faith-based needs halaal food, separate spas for women, and prayer rooms in malls and airports.

Online Muslim travel platform HalalTrip this year unveiled its packages to more than 65 global destinations, tailor-made for the Muslim traveller. From separate resort facilities for men and women and hotels that do not serve alcohol, they ensure that Muslim tourists are able to holiday comfortably without compromising their faith.

Halaal travel is no longer limited to the Middle East – HalalBooking.com has packages available to cities such as Tbilisi, Dubrovnik and Kunming.

What about South Africa?

Catering to the needs of South Africa’s less than 2% Muslim population has proven lucrative as well. The halaal industry is estimated to be worth almost R45-billion, according to the Western Cape’s MEC for tourism and economic opportunities, Alan Winde.

In 2015 the province proposed a R1-billion halaal industrial park, which, according to pre-feasibility studies, could generate an estimated 5 000 jobs and R5-billion a year for the local economy. Such a hub would ensure that halaal processes are followed in food production, as well as in the manufacture of other halaal goods and cosmetics.

“The global halaal market is worth $2.3-trillion. The proposed halaal park will allow the Western Cape to double our share of that fast-growing market,” said Winde. “We will focus on the Middle East and North Africa, where around 20% of the world’s Muslim population reside. We seek to increase the value of halaal exports by $31-billion by 2020.”

Halaal tourism is also slowly gaining traction in South Africa, with a proliferation of Muslim-owned and -operated B&Bs and guesthouses. “It’s the fastest growing sector of tourism in the world,” says Nazreen Salie, chief executive of Cape Malay Tours. But she believes it remains an untapped market in South Africa.

“After 9/11, South Africa lost the opportunity to be an alternative to the United States and Europe. How many of our five-star and four-star hotels, for example, have a halaal-certified kitchen?” says Salie.

She believes that South Africa is playing catch-up with the rest of the world, in terms of tourism and being tourists. “The halaal logo is the mark of assurance, and [having] tourism products and services in line with Islamic beliefs means that it is becoming more marketable.”

As for fashion? South African Muslim women have always been on trend with the latest abaya styles. People who import abayas (robe-like dresses) from Dubai and Saudi Arabia can be found around the country – they either set up pop-up shops in their homes or sell the garments via Instagram and Facebook.

In recent years, South African designers have successfully put out their own collections, hosting fashion shows each Ramadan for an eager, growing market. “I think local women are inspired by Arab women that look beautiful in their abayas,” says Rohab Taloo, a designer at Johannesburg abaya boutique Breeze. “On average, abayas retail for between R1 500 and R4 500, dependant on the design and level of beadwork. We have designed items up to R8 000 and R9 000 before.”

No expense is spared in preparation for Ramadan, with ornate outfits sought in shops such as the Breeze abaya boutique in Fordsburg, Jo’burg. (Troy Enekvist, M&G)

It’s too soon to know what big brands are conjuring for Muslim consumers this Ramadan. Those who hate the commodification of religion will disapprove, but appear to be outnumbered. The faithful – at least, the ones with deep pockets – believe in buying.

Aaisha Dadi Patel is completing her master’s degree in media studies at the University of the Witwatersrand, with her research focused on gender and Islam. She is a journalist at the Daily Vox.

Fashion houses are wooing Muslim women with modestwear collections. But not all the price tags are as appealing as their products.

Tommy Hilfiger
The designer unveiled a limited capsule collection for girls aged six to 12 last Ramadan. It had a red and blue palette, with silk, lace and tulle fabrics, priced from R2 500.

Marks & Spencer
The retailer now stocks burkinis – full-length swimwear – in its United Kingdom stores. Previously only available in its Dubai and Libyan stores, the swimsuits cover the whole body except the hands, face and feet and cost £49.50.

Louella by Ibtihaj Muhammad
United States fencing champion Ibtihaj Muhammad, who is set to be the first Muslim-American Olympian to compete wearing a hijab, runs her own modest fashion house aimed at meeting the needs of Muslim women. Named after her grandmother, the Louella collection carries modest clothing items, with Muhammad herself modelling some of the pieces. Prices range from $40 to $100.

Aaisha Dadi Patel
Aaisha Dadi Patel cut her teeth at The Daily Vox in 2014, and now works in a freelance capacity. She's written about everything from politics to polar bears, with particular interests in gender and Islam. She holds an MA in Media Studies from the University of the Witwatersrand.
Facebook
Twitter
WhatsApp
Linkedin
Email
Telegram