Ebola survivors: “They think we still have the virus and won’t get close to us.” 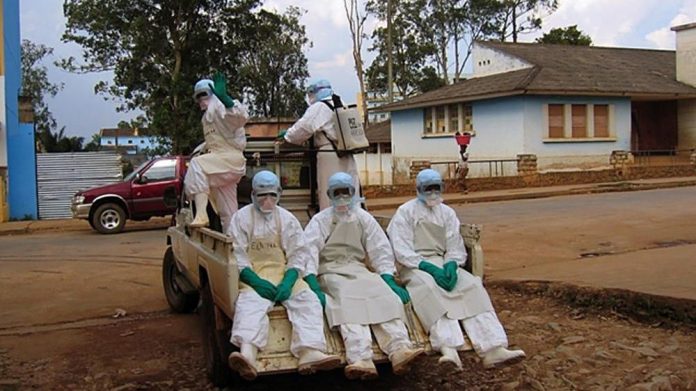 Nearly a year after he was discharged from an Ebola treatment unit, Abdul Karim Bah experienced Ebola symptoms. He is one of the estimated 15 000 Sierra Leoneans the United States’s Centre for Disease Control (CDC) says were infected with the virus between early 2014 and January 2016. Last month he spent a week battling diarrhoea, vomiting and chills, which the CDC says are classic signs of haemorrhagic fever.

But this time, Bah didn’t have Ebola. Like many other survivors, he has experienced persistent health problems since he was discharged. Research studies have found that some of these can be permanent if not treated, such as uveitis, an eye condition that can lead to long-term vision loss, and others that are debilitating, such as joint pain and chronic fatigue.

Bah’s experience was traumatic, not only because of the reminiscence of his battle with Ebola, but also because of the struggle that he and other survivors face in getting access to healthcare. Although the government has promised survivors free healthcare, many of them report that they still have to pay at public facilities because essential supplies haven’t yet been procured.

The sad truth about surviving Ebola

The stigmatisation continues
Some survivors have also been stigmatised and discriminated against by health workers. On a recent afternoon in Freetown, Sierra Leone’s capital city, Bah, the chief executive of the Sierra Leone Association of Ebola Survivors (Slaes), recounted the story of an expectant mother who was scolded by health workers for getting pregnant soon after having Ebola and was refused admittance to the maternity ward. Another survivor was treated outside the hospital building because the health workers were afraid of treating him alongside other patients.

Despite Sierra Leone having recently been declared Ebola-free for the second time by the World Health Organisation (two cases occurred in the country in January, after the country was originally declared safe in November), questions persist about the long-term effects of the virus.

Research studies, such as the Partnership for Research on Ebola Vaccines study in Liberia, are ongoing to consider how and where the virus stays in a person’s body and how it affects survivors’ health and the potential transmission to others. Statements from prominent public figures in Sierra Leone suggesting that sexual transmission from survivors was to blame for the January cases further stigmatised survivors.

They don’t just face discrimination at health facilities: some have been kicked out of their houses and others have seen their children become the target of scorn.

“Even though it was the happiest day in my life when I was discharged from the Ebola treatment unit, the amount of stigma I experienced after discharge was beyond what I could have imagined,” says Abdulai Sankoh, a 28-year-old survivor.

Breaking the silence about Ebola
To address issues linked to the stigma of Ebola, Bah and others launched Slaes in January last year. Taking inspiration from the global HIV movement, which promotes “living positively”, the organisation encourages survivors to openly accept their status.

“I started to get relief of my stress and stigma when I [spoke to] other survivors and community members,” says Linda Harding, a Slaes member and nurse who contracted Ebola at work and later lost her husband and five children to the virus.

In the past year, Slaes has achieved national reach and represents the country’s 4 052 survivors. As it has grown, it has called on the government and nongovernmental organisations to provide an increased number of services for survivors, many of whom lost family members, jobs and livelihoods, and now need external support.

This has resulted in many organisations promising a wide variety of support, such as education and nutrition. In addition to promising free healthcare for all Ebola survivors, the government also promised scholarships for university-level survivors and a financial support package.

Frustration over failed promises
The government has already provided substantial support, such as paying school fees for orphans and providing support packages for widows. President Ernest Bai Koroma has encouraged people to embrace survivors. But other promises have not been forthcoming. Bah and Slaes continue to push the government but “they keep telling us to wait”.

This is causing frustration. At a recent Slaes meeting in Freetown, a group of about 30 survivors complained about “unfulfilled promises” and of nonprofit organisations “chopping” (eating) money. But it’s more than just frustration: the promise of support has, inadvertently, spurred a further singling out of survivors.

“Community members … have the perception that we have a lot of opportunity, favours, encouragement and services, which in real sense is not true,” says Harding.

At the community meeting, Brima Amidu, a Slaes member, said his annual rental rate had tripled after his landlord heard about the government’s financial support package. Amidu can’t pay it and will have to move out if the price is not lowered.

Brima Amidu, a Slaes member, says his landlord hiked his rent after learning that he received a government grant for Ebola survivors. (Photo: Mara Kardas-Nelson)

Increasing demands for support
In a way, Slaes has become a victim of its own success: by effectively raising awareness about the specific needs of survivors, both survivors and the people where they live expect – and demand – increasingly more support.

Although Slaes is still trying to work with the government to make sure the services are provided, even going as far as approaching the president –  a key supporter of Slaes and of comprehensive support packages to survivors more generally – to ask for answers, the organisation is sometimes on the receiving end of the frustration.

At the Freetown community meeting, several survivors wanted the association to answer for undelivered promises.

But Bah says “our work is just to monitor, to make sure that the right people, the survivors themselves, receive the benefits”, not to deliver services. He worries the frustration will overshadow the need for survivors to present a concerted front. “We have to sit down as survivors and plan together. We are calling for unity.”

Mara Kardas-Nelson is a health policy adviser with Partners in Health in Sierra Leone and also writes about health and the environment. Gibrilla Sheriff is the district co-ordinator of the organisation’s social protection programme. They are writing in their personal capacity and this article does not reflect the views of Partners in Health.