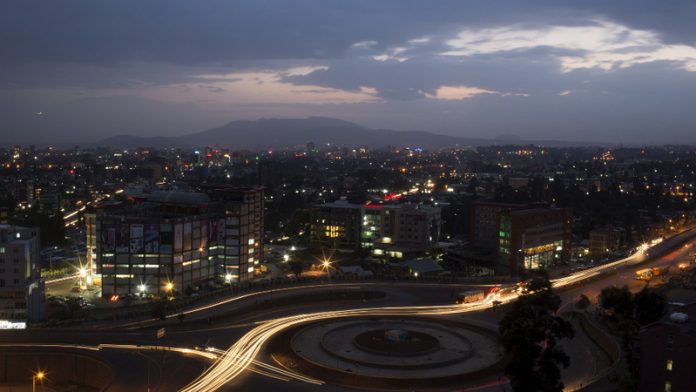 The Ethiopian film industry is growing, though most feature films, especially those shot in the country’s working language Amharic, are based on simple-minded concepts concerning wealth and love.

It’s hard to find films that delve into historical matters. This could partly be due to a culture which sees history and politics as controversial matters that should be avoided for fear of public backlash or government disapproval.

Those who dare describe Ethiopia’s often bloody and divisive political history have to contend with painstaking research, expensive finances and the danger that the government’s censor board will cut part of or even the whole film.

Against this backdrop, a new film, “Ye Negen Alewdlem” (I will not be born tomorrow) has been causing a stir for probing what was probably Ethiopia’s most bloody period, the “Red Terror”, from the mid to the late 1970s.

It began with the 1974 revolution which overthrew the country’s last Emperor Haileselassie.

Hailemariam Mengistu and the other military officers who led the coup then refused to hand over power to a civilian government, enraging leftist student activists.

These students launched a campaign of “White terror” for democratic change and the overthrow of the military junta. Hundreds of officials and supporters from the new military government were assassinated.

The military government retaliated with what was later dubbed the “Red Terror”, eliminating real and imagined enemies of the “revolution” and the country.

Although no reliable figure exist, scholars have estimated the death toll of the Red Terror at about 150 000, with many others tortured.

In 1991 the military junta was overthrown by a coalition of rebel groups which prosecuted many of the perpetrators of the Red Terror – many charged with genocide – in mass trials.

“Ye Negen Alewdlem” – nearly two hours long – is based on a book written by veteran sports journalist Genene Mekuria about youths who used football as a distraction from the claustrophobic fear of the Red Terror.

Local government cadres created much of that fear by their all-embracing surveillance of the population and the power of life and death or freedom and imprisonment they were given through the authority to denounce “anti-revolutionaries”.

The main character is a football coach played by Berhanu Degafe, a veteran entertainment journalist and personality. The coach uses his job as an escape from the danger of forcible recruitment into a local government approved security force.

He trains his players on roads littered with dumped bodies of “anti-revolutionaries” and anti-government leaflets as he tries to juggle family disapproval with his desire to build a great football team at a dangerous time.

At a time when every young man not affiliated with government-approved structures risked torture and death, with a round-the-clock curfew in place to monitor illegal activities, it wasn’t long before the football team’s “rising stars” were under government surveillance.

Eventually many of the young players of the football club are put in jail and tortured, while the coach’s wife urges him to quit his passion.

But not before one last assignment where his players’ tormentors coerce him into a bizarre match between a government-approved team and his team of rising stars. If he doesn’t agree to the match he will be killed or imprisoned, he knows.

The match ends with the coach’s team winning against the government favourites, annoying government officials.

Defiant to the end, the “rising stars” chant anti-government slogans as they’re loaded en route to the prison, from which many would never leave, it is implied.

While the “Red Terror” period is etched in many people’s minds through personal memories, or tales of survivors or of relatives of the dead, and a “martyr’s monument” in the middle of the capital city Addis Ababa, “Ye Negen Alewdem” is one of the few films to date to turn this particularly harrowing part of Ethiopia’s often troubled past into cinema.

It must be admitted though that the filmmakers are treading on quite safe ground as the current government ousted Mengistu from power, so as long as the film portrays the Mengistu regime in a consistently bad light – which it does – it should be safe.

The English sub-titles to the film suggest the producers intend an unusual move, to showcase to an international audience a period which most people outside Ethiopia know very little about. – African News Agency (ANA)