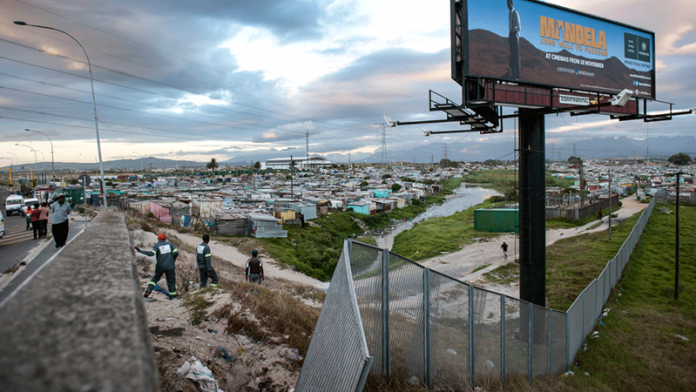 President Jacob Zuma feels secure in our increasingly schizoid country. As the person who, for more than two-and-a-half years, could not see what the Nkandla fuss was about and is now deaf to all the shouting about the Guptas, it should come as no surprise that he turns reality on its head when confronting the alarming state of race relations.

Speaking at a rally commemorating March 21 this year, he invited us to enter his phantasmagorical world: “This year, we have chosen the theme South Africans United Against Racism for Human Rights Day. We have done so due to the need to continue working together to eliminate racism and its manifestations in our country. Our mission since 1994 is to create a united, nonracial, nonsexist, democratic and prosperous South Africa. This is the task of every South African …

“A lot has been done since 1994 to promote nonracialism, reconciliation, inclusion and unity.”

An alternative view is that we have not only perpetuated apartheid divisions, exclusions and disunities but, worst of all, have imposed them on the born-frees, the inheritors of the nonracial South Africa whose creation Zuma claims to be the government’s “mission” since 1994.

For those of us outside Zuma’s world, an immediate challenge is to explain the widespread, antagonistic, grossly over-determined racial identities that now alarm so many people. How does one explain that, although “race” is without any biological meaning, most of us – including the born-frees of 1994 and after – nonetheless embrace the “racial” identities manufactured by apartheid?

A recent book, Gerhard Maré’s Declassified: Moving Beyond the Dead End of Race in South Africa (Jacana), is a must-read in terms of how and why race classifications have been kept alive 25 years after the hated Population Registration Act was repealed.

Declassified helps us understand how we have sustained a binary race-coded country ready for plucking by those “whites” aghast at the black “monkeys” swimming in their seas and the “black” students who adorn themselves with T-shirts declaring “Kill the whites”.

Despite Zuma’s assertions about having done “a lot” to “promote nonracialism”, race has, in Maré’s words, “been thoroughly naturalised, it is so ‘obvious’ … that it seems to invite no questions … It is the banality of race that closes us off from even noticing its insidious sedimentation in everyday life.”

The fact that “race” is a scientific nonsense makes not the slightest difference to “the prior acceptance that there are race groups, that they can be recognised … and that their existence makes (common) sense to all”.

These realities – and, I might add, the fear of being called racist (or a white liberal, or both) if one dares challenge “race” from a Marxian left position – is why Maré writes that he would be pleased if his book succeeds simply in getting recognition that there are urgent questions to be asked about “the insidious and invidious ways in which notions of race remain the unquestioned bedrock of our thinking”.

What he does is to trace in detail how, with absolutely no statutory basis and often in conflict with the Constitution and other legislation, the classifications of the Population Registration Act have not only been reproduced but – as in the apartheid era – permeate all aspects of our lives. Worse still, unlike apartheid, none of the classifications – African, coloured, Indian and white – are defined in law; yet an army of classifiers daily decide which “race” to assign to each and every one of us. Race boxes must be ticked. If we choose not to be classified, someone else will choose for us and will do so on the basis of their own criteria.

“No one wants to define what each of the four races is and how they are to be recognised … So the [classification] … remains hidden, locked into the race thinking of those engaged in classification. And here lies the rub. We all participate in keeping this system of classification operational, we are all expected to be its minions, because we can draw on the ‘standards’ … already familiar to us – in this case, the very criteria set by apartheid.  Without compulsory race classification we all become classifiers, simply by not questioning the existence of these categories.”

Worse still, we collaborate in the perpetuation of apartheid even among those born in post-apartheid South Africa. The born-frees, the inheritors of the struggle against apartheid and for the nonracial society affirmed by the Freedom Charter and our Constitution, are instead unavoidably classified at birth into one of apartheid’s four “races”.

For them, like everyone else, “race belonging cannot be avoided. The individual is trapped in the already classified body, burdened with the allocated attributes of his or her category.”

All this is a “state-driven project”. The census of 1996 “offered an opportunity to imagine a world beyond the one South Africans were leaving behind”. Instead, ignoring the evidence from elsewhere that census categories “create rather than describe” what is, the census effectively recreated apartheid’s Population Registration Act that had been repealed in June 1991.

Prior to 1997, “race classification, as a necessary and deliberate state project”, was not part of the ANC’s public policy debates. In 1997, the government introduced the explicitly race-based Employment Equity Act, followed in 2003 by the Broad-Based Black Economic Empowerment Act.

Noting that both Acts require “a veritable army of race classifiers and verifiers”, Maré writes: “To build an enormous, albeit largely invisible, system of classificatory practices, agents and monitors, and yet expect the already existing racialism and racism not to continue, seems incomprehensibly naive, if not cynically manipulative.”

Breathing fire into this manipulation has been the “black bourgeoisie” whose creation and rapid growth were proclaimed priorities of the Thabo Mbeki presidency.

This implicit class project, however, was explicitly and entirely predicated on the basis of colour. The use of colour to allocate resources as statutorily required by the Broad-Based Black Economic Empowerment Act and the Employment Equity Act – including promotion (via representivity) and, indeed, the mere fact of employment – guarantees both the perpetuation of race thinking and the enthusiastic promotion of such race thinking by the powerful elite formed and advantaged by such colour coding.

Such a colour-determined distribution of jobs and wealth, however, also guarantees divisiveness, discontent and conflict among those disadvantaged by being of the wrong colour in an economy that itself guarantees the perpetuation of poverty and inequality. Given this hierarchy of disadvantage, “in which ‘race’ trumps all, it is an irony … that under an ANC government an exactly inverse deconstruction of ‘blackness’ should be occurring, such that groups of formerly oppressed individuals are now pitted against each other in a competition for access to ‘a better life for all’.”

Maré writes that “we are playing with the fire that race classification keeps alive … What awful dangers are being incubated in the continuing maintenance and re-creation of ‘minorities’?”

Xenophobia is one answer to Maré’s question.

Making it considerably easier for the fire to rage is the failure by trade union federation Cosatu, the South African Communist Party and all the other groups on the left to provide a class-based critique to counter the “race trumps all” ideology.

This project would show that, though poverty must remain permanently “black”, wealth is increasingly being deracialised, because it naturalises poverty but condemns it only for being black.

Only the rich benefit from this colour-coding of class.

Jeff Rudin is a research associate for the Alternative Information and Development Centre. This article is based on reviews in GroundUp and Amandla.