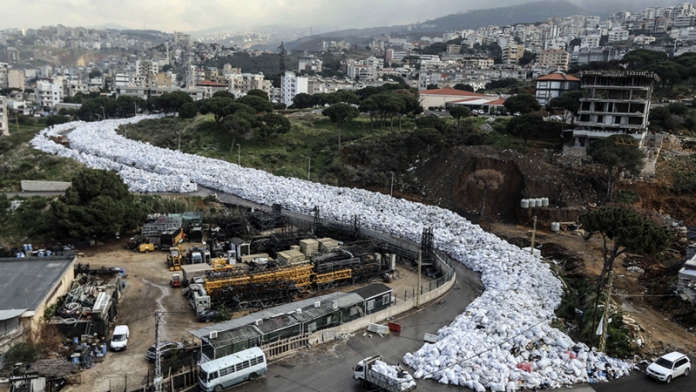 From the window of his childhood home in the southern suburbs of Beirut, Mohammad Safwan gazed at a Mediterranean that two weeks earlier had claimed the lives of his father, mother, three sisters and sister-in-law. The last froze to death in the sea a month before she was due to give birth.

“That is what God decreed. What will we gain if we weep and weep and weep?” asked Safwan. “But I hate the sight of the sea now.”

That hatred is not shared by everyone. In Lebanon’s northern capital, Tripoli, a colourful local singer in the city’s Mina district smiled as he played a WhatsApp voice message from his four-year-old granddaughter, who had arrived that morning on a Greek island.

“Grandad, I miss you! The water came over me and I threw up! The water came into the boat,” the girl said excitedly. “Tell grandad goodbye, sweetheart,” her father could be heard saying in the background.

These are Lebanese families, not Syrians, but they are also now braving the high seas in the thousands in a phenomenon that local officials predict will only grow this year.

Fifteen years after the end of Lebanon’s civil war and the mass migration it sparked to the West, Latin America and Africa, Lebanon’s youth are fleeing once again.

A facade of stability has so far spared this tiny Levantine nation with 18 official sects the upheaval that has destroyed other countries in the Middle East and redrawn the region’s borders.

“I’m very happy my son is in Europe,” said a driver from Tripoli, whose son travelled to Greece by boat and ultimately reached Sweden after a two-week journey. “Maybe if he gets citizenship he can take us to him. What do we have to keep us here? There are many stories like this. Nobody wants to stay in Lebanon. It’s a miserable life.”

Interviews with relatives, travel agents and local officials outlined the paths that Lebanese migrants take in order to reach Europe – and the reasons why they seek out the perilous journey in the first place. It is unclear how they will be affected by a recent deal struck between Turkey and the European Union to return refugees who fled the war in Syria.

The interviews were conducted prior to the signing of the deal.

An indictment of Lebanon’s political class
Most Lebanese tend to first travel to Turkey legally by ferry or plane from Tripoli and Beirut as they do not require visas. They then connect with local smugglers in port cities such as Izmir, sometimes paying for a forged Syrian passport, and then paying $1 000 to $2 000 to take small boats to the nearest Greek island, before jumping out a short distance away and swimming to shore.

They then make their way to Athens and onwards to Germany or Sweden along established refugee trails, often by train or walking. Palestinians from both Lebanon and Syria often attempt a direct route from Tripoli to Europe, since they have greater difficulties obtaining visas to Turkey, and are often arrested by local authorities, though Palestinian officials in Beirut say thousands have died at sea.

The fact that so many are fleeing from a country that has been largely spared the region’s traumatic disintegration is widely seen as an indictment of Lebanon’s political class, which has achieved almost tragicomic levels of dysfunction.

The country has been without a president since May last year, as rival factions backed by regional heavyweights Iran and Saudi Arabia failed to agree on a consensus candidate, another symptom of what many see as a regional cold war. Parliament has extended its own term twice, forgoing elections amid a political vacuum in a process that has tested Lebanon’s claim to being a democracy.

The leader of the Saudi-backed and mostly Sunni Future Movement is under self-imposed exile for security reasons, while the Iranian-backed Hezbollah essentially sets Lebanon’s defence and foreign policy, having intervened in the Syrian quagmire alongside President Bashar al-Assad, saving his regime from collapse and prolonging the civil war.

Unemployment and poverty drive people
Amid the vacuum, the government has failed to deal with key issues such as the Syrian refugee crisis – displaced Syrians have no camps and now represent one in five people in Lebanon, bringing the country near its previously projected population levels for 2050. The authorities even failed for months to collect garbage in a dispute over new landfills.

“The reasons are obvious: unemployment and poverty, which has prompted people to migrate on this road of death,” said Abdullah al-Bakka, a mokhtar or local mayor in Tripoli, who said 2 000 people in his own district alone had left between August and October. “But people we’ve asked say to us: ‘We might as well be dead here, too’.”

Tripoli is especially hard-hit – long neglect by the state has left Lebanon’s northern areas poverty-stricken, compounding the breakdown in infrastructure and the periodic stints of violence linked to the Syrian war. Despite being chastened by the deaths at sea, especially by the widely reported news of the death of Safwan’s family, many are still attempting the journey.

“We have a lot of demand,” said the manager of a local travel agency in Tripoli. “They are giving us whatever money they have and telling us to just get them out of here.”

In the late summer and early autumn, the travel agent said ferries carrying about 400 travellers, both Lebanese and Syrian, were leaving six days a week from Tripoli’s port.

“By spring, the migration will increase exponentially,” said Bakka, the local mayor, who estimates overall unemployment among Tripoli’s youth at over 50%. “But honestly, even I want to follow them with my family. It is unbearable.”

But one person who has decided not to brave the high seas is Safwan. “What reaction can you have when you lose your entire family in a single moment?” he said. “We were born here and grew up here, and they went and died in the sea. The house is empty.” – © Guardian News & Media 2016

The Philbins are only now starting to come to terms with the death of their daughter, Gracie Rae
Opinion

Our ancestors worked less and had better lives. What are...

In an age of both untold prosperity and existential crisis, it’s time to rethink work
Advertising