Wheeling and dealing an answer for Cheetahs 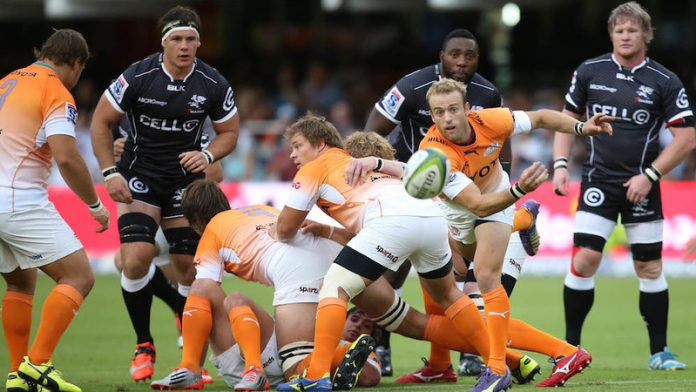 It may have slipped through unnoticed because of the overarching importance of Super Rugby, but the 2016 Currie Cup season got underway on Thursday. For the record, the Griquas played the Griffons in Kimberley.

The oldest provincial competition in the world has had a makeover, being expanded into a two-stage competition, which runs from April to October. The problem is that the South African Rugby Union (Saru) does not yet have a sponsor for it. Some 18 months since Absa announced that it would not be continuing one of the longest associations in sport, no one has yet stepped forward to acquire the naming rights. So the first round is officially known as “Currie Cup Qualifiers”.

Saru hopes to have a sponsor in place by the time the second stage of the competition begins in August, but nothing is guaranteed. It is as though we have gone back in time, courtesy of the global economic crisis. Absa began its sponsorship in 1985, initially under the banner of Santam and then for 20 years as Bankfin.

Indeed, it is arguable that the banking giant was instrumental in helping turn an amateur sport into a professional one. Officially, that only happened after the 1995 World Cup on these shores. Unofficially, South African players had been professional in all but name long before.

In the days when amateurism was sacrosanct and players copped life bans for writing their autobiographies, secrecy was vital in financial transactions. South African players were issued with credit cards containing mysterious balances that rolled over every month. Absa’s last four-year deal with Saru was worth about R600-million, which included the Springboks and age-group national sides as well as the Currie Cup. So the approximate size of the hole that needs to be filled is R150-million a year.

As recently as February, it seemed that Absa would at least retain its interest in the Springboks, through its parent company Barclays, which would have its logo on the jersey of the national side. But at the beginning of March it became a moot point, as Barclays plc announced its withdrawal from its interests in Africa.

At the same time, Barclays revealed that it would not be renewing its naming rights for English Premier League soccer and the ATP tour tennis finals, so Saru should not feel that rugby is being picked on. But clearly the time has come for the governing body to be a little more creative with the way the game is funded.

Several years ago when Cricket South Africa was going through a governance crisis, it also lost several major sponsors. The short-term solution was provided by a small company in KwaZulu-Natal that made vegetable oil. Sunfoil picked up the naming rights for the 2011-2012 Test series against Australia and Sri Lanka. The company got the rights for a song and parlayed its bold decision into major growth.

The Willowton Group, the parent company of Sunfoil, announced that “in the cricket season, the sponsorship received publicity with an advertising value equivalent of R73-million, Sunfoil product sales in targeted regions doubled … [and] Sunfoil was rated by Repucom as the top South African cricket brand”.

This success led directly to a four-year deal to sponsor the Proteas in Test cricket, which suggests that the tightrope walkers in Saru’s marketing department have a decision to make. Do they hope for a Sunfoil solution by letting the rights go for a knockdown price, or do they hold out for the mother lode in the knowledge that they might end up with nothing.

The Free State Rugby Union has recently clinched a deal that may provide some further inspiration for Saru to think outside the box. At the end of March, the union sent out a press release focusing on the benefits deriving from their association with Toyota. The Japanese car manufacturer picked up the naming rights for the Cheetahs two years ago and now they have gone a step further.

To quote the release: “At the end of the 2014 season and after losing a number of players because of limited funding, Free State Cheetahs (Pty) Ltd established a programme whereby players could play in Japan during the Currie Cup season and return to play for the Cheetahs Super Rugby franchise at the conclusion of the Japan league. By having Toyota as a sponsor, it enabled Free State Rugby to engage freely with Verblitz, a Toyota-owned club in Japan.”

It goes on to say: “A contracting model has been developed that allows Toyota Verblitz and Toyota Cheetahs to recruit players and compete with other clubs/franchises. Both teams are open to the idea of joint contracting of players whereby the player will be contracted in Japan for the Japan Top League competition and in South Africa for the Super Rugby competition.”

It is already happening, with Cheetahs lock Francois Uys having played several games for Verblitz before Super Rugby began this year, and Yosuke Takahashi and Yoshizumi Takeda are in Bloemfontein training with the Cheetahs’ Currie Cup squad. Examples such as CSA and the Cheetahs suggest that Saru needs to regard its problems not as a crisis but as an opportunity.