New ANC MP is being ‘primed for finance ministry’ 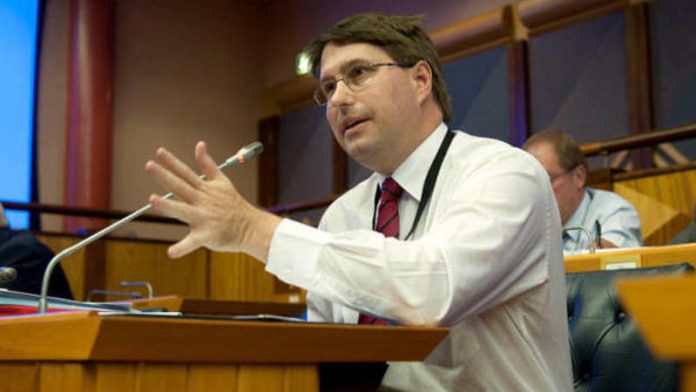 Could newly-sworn in ANC MP Sfiso Buthelezi be appointed in the finance ministry?

Buthelezi took up his seat in Parliament last month after a vacancy in the ANC caucus opened up, and this week it was announced that he was appointed to the standing committee on finance, taking the place of Patrick Chauke.

Democratic Alliance MP David Maynier speculated on Twitter that Buthelezi was destined for great things: “So Sfiso Buthelezi is one step closer to being appointed as the deputy minister of finance!” he tweeted.

Maynier told Mail & Guardian he thought Buthelezi’s appointment to the committee was significant.

“I think he’s being groomed for a position on the executive. I think it’s highly likely that he’ll be appointed deputy minister of finance. It will give the ANC cover to claim he has experience in the finance family,” he said.

Last month, Buthelezi was rumoured to be in line for appointment in the place of current finance Deputy Minister Mcebisi Jonas, but the expected Cabinet reshuffle didn’t happen.

An economist by profession who resigned as chief operating officer of the Makana Investment Corporation, an investment vehicle for ex-political prisoners, Buthelezi is also former chairperson of the Passenger Rail Agency of South Africa.

Former finance minister Nhlanhla Nene served on this committee from 1999 to 2004, after which he became committee chairperson until his appointment as deputy minister of finance in 2008.

He became finance minister in 2014 but was axed last December by President Jacob Zuma.

His successor of four days, Des van Rooyen, also served on the finance committee, which is seen as a way to groom a finance minister.