Paris-Brussels network a ‘supercell’ of extremism 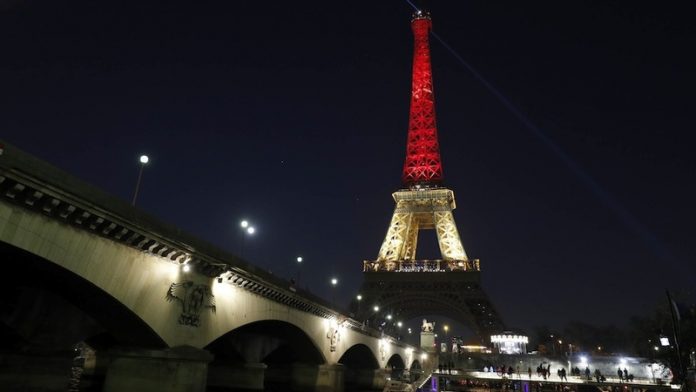 The number of people linked to the Islamic State network that attacked Paris and Brussels reaches easily into the dozens, with a series of new arrests over the weekend that confirmed the cell’s toxic reach and ability to move around unnoticed in Europe’s criminal underworld.

From Belgium’s Molenbeek to Sweden’s Malmo, new names are added nearly daily to the list of hardened attackers, hangers-on, and tacit supporters of the cell that killed 130 people in Paris and 32 in Brussels. According to a police official with knowledge of the investigation, a computer abandoned in a trashcan by one of the Brussels suicide bombers contained not only his will, but has also revealed other information. Of particular importance is an audio file indicating the cell was getting its orders directly from a French-speaking extremist in Syria. The police official spoke on condition of anonymity because he wasn’t authorised to speak publicly about the investigation.

Ten men are known to be directly involved in the November 13 attacks in Paris; others with key logistical roles then — including the bomber, a logistics handler, and a hideout scout — went on to plot the attack March 22 in Brussels. But unlike Paris, at least two people who survived the Brussels attack have been taken into custody alive. These included Mohamed Abrini, the Molenbeek native who walked away from the Brussels international airport after his explosives failed to detonate.

But investigators fear it may not be enough to stave off another attack. Abdelhamid Abaaoud — another Molenbeek native whose charisma made him a natural draw to many in the Brussels neighborhood after he joined IS extremists in Syria — said before his death that he returned to Europe among a group of 90 fighters from Europe and the Mideast. This according to testimony from a woman who tipped police to his location.

Patrick Skinner, a former CIA case officer who is now with the Soufan Group security consultancy, described the Brussels-Paris network as a “supercell.”

“The hope was that they had died out in the Paris attacks, and obviously that’s not true,” Skinner said in an earlier interview with the Associated Press. “They (authorities) knew who these people were. And they still managed to pull off the first Paris attack, which was the worst attack in France since World War II, and then under incredible scrutiny, they still pulled off the worst attack in Belgium since WWII. So this is a highly functioning cell.”

“It makes it very difficult to crack. You’re not sending an informant into this group, because they know each other. So no one new is just walking into this,” he said. “It’s so big, look at the people on the periphery, logistics, the people that are suspected. You’re looking at 50 people. That’s not a cell; that’s a terrorist group.”

It was a group already intimately familiar with European law enforcement. Abrini was a petty criminal long before his younger brother was killed in Syria in 2014. Both Abdeslam brothers had brushes with the law, and Brahim spent time in prison for stealing Belgian ID cards — background that took on new importance amid revelations that many people in the IS cell had forged passports.

And Abaaoud’s female cousin, Hasna Ait Boulhacen, who died with him on November 18 after finding a hideout for him, was under surveillance in a narcotics operation at the time, although her ties to the man already wanted on terrorism offenses were unknown to French investigators. The man arrested for renting that fly-by-night flat in Saint Denis, Jawad Bendaoud, had been sentenced to eight years in prison for the accidental killing over a cellphone of a man he described as his “best friend”.

The Belgian brothers who blew themselves up on March 22 had ties to violent crime, as did two suspects with ties to Sweden, one dead and one captured this weekend.

The latest name to emerge, Osama Krayem, was a delinquent in Malmo, Sweden, before leaving for Syria. Krayem “was the perfect target for radicalization — no job, no future, no money,” said Muhammad Khorshid, who runs a program in the neighborhood of Rosengard to help immigrants integrate into Swedish society. It’s a neighborhood with its own parallels to Molenbeek, and has proven to be fertile recruiting ground for Muslim extremists.

Krayem, who like Abrini is suspected of accompanying a suicide attacker on March 22, was detained on Friday. He traveled with Salah Abdeslam through Ulm, Germany, on one of Abdeslam’s many journeys putting extremists into place for attacks, authorities said.

Stephane Berthomet, a former French counterterrorism officer who now works as a writer and security consultant in Canada, said the arrest of multiple key suspects will prove crucial.

“When there are declarations made by an accomplice, you can confront them and make progress in the discussions with the other suspects,” he said in an interview just ahead of the news of Abrini’s arrest Friday. The hope, of course, is that anything the suspects say will crack open a network that seems to grow by the day.

“There is not a single person at large — there are dozens of people at large. That’s the reality,” Berthomet said. “The reality is that we are dealing with groups that are badly identified, whose organisation and evolution we have not analyzed because we focused on repression for years. Information was collected voraciously, but without real analysis.” – Associated Press