The cost of skin cancer: South Africa is spending more than it should 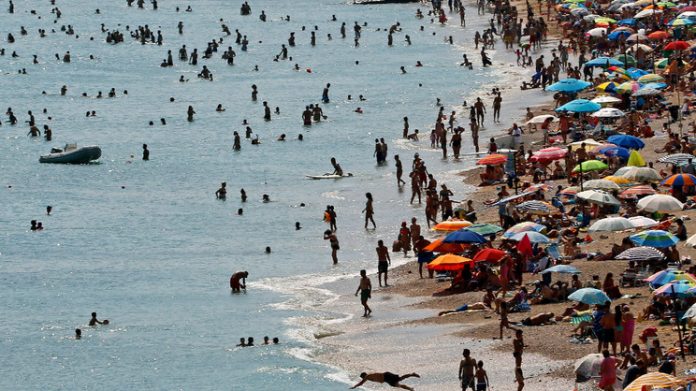 The cost of treating skin cancer in South Africa is much higher than it needs to be and it is diverting funds that could otherwise be used in preventing the disease .

In 2015 alone, skin cancer cost the South African health system more than R90-million (more than $6-million), according to our study in the BMC Health Services Research Journal.

Making a direct comparison with the cost of treating other diseases isn’t possible. But to put this figure into perspective, the same amount could provide two doses of human papilloma virus vaccine – a cervical cancer prevention drug – to 305 000 girls in public schools. This would translate to 67% of Grade Four girls (ten-year-olds) across the country receiving the vaccine.

Globally, skin cancer is the fifth most common cancer for men and seventh for women. In both Australia and New Zealand there have been large increases in skin cancer.

In Australia, skin cancer accounts for about 80% of diagnosed cancer cases. In South Africa, it makes up 30% of cancer cases.

Like Australia, New Zealand and several South American countries, South Africa faces a particular risk of skin cancer because of its location. It is relatively close to the equator and  experiences the effects of ozone depletion in the spring and summer months. This means that the sun is harsher during this time and could increase people’s risk of developing skin cancer.

Non-melanoma skin cancers are not fatal but result in disfigured waxy, scabby or curly growths on the section of the skin that is affected. This is often very uncomfortable for patients and sometimes requires lifelong treatment. This type of skin cancer is about four times more common in South Africa than melanoma.

Melanoma is less common but can be fatal if not treated early. In most instances the cancer develops in moles, growths or scar tissue.

Although lighter-skinned people are more prone to get skin cancer, darker-skinned people do not escape the disease. For both types of skin cancer, family history, phenotypic characteristics like hair colour, eye colour and the degree of freckling, along with the time spent outdoors are all risk factors. The time people spend in the sun is the only known modifiable risk factor to prevent skin cancer.

Skin cancer is also complicated in South Africa due to the high rates of HIV and Aids. This is because people who have HIV have suppressed immune systems and are more prone to developing skin tumours. As a result, in some regions where HIV and Aids is prolific, non-melanoma skin cancer is increasing.

Tallying the costs
Our study modelled the costs for both melanoma and non-melanoma skin cancers. To do this, we used data from South Africa’s National Cancer Registry and relied on various other sources of published information. These included:

The National Cancer Registry of South Africa is the main repository for cancer statistics in the country and provides annual figures on national cancer incidence. The registry data helped us determine the number of skin cancers and the population group of the patients. We used the other sources to estimate how someone with suspected skin cancer is cared for and treated.

This enabled us to take on a micro-costing approach, where we could put a cost to each type of interaction with a medical professional and the actual treatment, which could be applicable in both public (government-funded) and private health-care systems.

Each person with skin cancer will undergo a unique process. Each step has a cost and this also depends on whether the patient is in a government or private health-care setting.

But our costing of R92.4-million (about $6.4-million) is an underestimate of the true cost of skin cancers. This is because not all types of non-melanoma skin cancer are monitored and reported throughout South Africa. In contrast to other cost-of-illness studies, the costing does not include the burden associated with potential life lost and lost productivity.

The cost burden of skin cancer in South Africa is relatively low compared with other countries where national costs have been estimated. Australia spends the equivalent of about R809-million on skin cancer, and the US about R54-billion.

South Africa spends as much as Brazil, Denmark and Sweden on non-melanoma skin cancer.

Setting a new agenda
Our study is the first to put a cost to skin cancer diagnosis and treatment in South Africa.

It is important because it is the first step to motivate for more attention toward raising awareness and preventing skin cancers.

These are costs that could be saved, at least in part. Some of the money attributed would need to be factored into prevention efforts, such as sun protection awareness, screenings and early detection. But any net savings may be used for other health needs in the country.

Raising awareness about the impact of excess sun exposure and the need for sun protection – especially for people with fair skin, those suffering from albinism and those with compromised immune systems – will go a long way towards reducing the cost of skin cancer treatment in South Africa.

Sudan’s army pre-empted a handover to civilians with a coup, and then reinstated the civilian leader. On the streets, risking life and limb, demonstrators are still demanding the exit of the military
Advertising