What of the games we used to play? 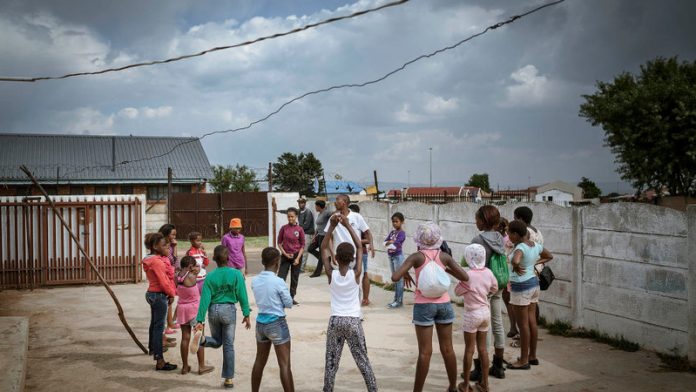 (Each line is repeated three times.)

Where do you come from Ma­Dlamini?/ What did you go and buy?/ I went to buy a hat/ How much was it?/ A pound and two shillings/ How could you waste money like this?/ I work for myself/ I don’t want you anymore Ma Dlamini/ (Ma Dlamini cries)/ Let’s do a dance MaDlamini/ Everybody, change over!

I should be pelted with the judgment of a thousand children for trying to translate the untranslatable, but poet Koleka Putuma posted these lyrics as her Facebook status recently, sparking a nostalgic conversation about this hilarious traditional children’s game-song in a thread that revealed that something that I believed was buried in the memories of Xhosa children only, was played and sung by children in many parts of Southern Africa, from Cape Town to Rustenberg, Gaborone to KwaMashu, Soweto to Polokwane and in as many different languages.

In the game-song, played by ­anything from two to 20 people, the children pair up and one half plays the role of S’ma Dlamini and the other half the role of the man.

At the start, an independent woman, known simply as Sisi Ma­Dlamini or S’ma Dlamini, is interrogated by her lover when she returns home from town. Before she sits down, her lover asks her where she has come from, what she bought there and how much it cost.

He chastises S’ma Dlamini for wasting her money and breaks up with her, leaving her in tears. Then, as if to make up for his psychotic decision, he asks her to dance and they jovially break out into a swinging step, giddily ­swapping ­partners with the other players. (Here the woman’s autonomy and the ­emotional abuse by her man offer a very South African flavour of ­patriarchy).

How S’ma Dlamini existed in Amersfoort in Mpumalanga, Nyanga in the Western Cape, Thokoza in KwaZulu-Natal and Cofimvaba in the Eastern Cape before the internet is a mystery.

In Gaborone, she made different choices with her money, opting for a stove instead of a hat. But in all instances, the tune, the storyline and the actions are the same.

When I sang it to a few friends and the cleaners at work, I didn’t reach the end of the second line before they joined in, singing their own versions of it.

There was another game that kept us out of the house when we were children – uShenxe or what in other parts of the country is known as umGushe. This compelling game of rhythm and exercise, is played with cut-up pieces of stockings tied together to form a large, open rectangle that is held up by two children who stand on opposite ends as the other players jump over it in co-ordinated song.

I must have been six or seven when I learned this game-song, taught by my older sister, who played a similar but more difficult jumping game with youngsters of her generation, called Lindela or Wait Until to See.

And who can forget Black Toti or Three Tins, a game where the aim was to shatter a stack of empty pilchard or baked bean tins using a ball made of plastic bags, newspapers and socks – but not before hitting all the ­members of the other team with the ball first?

A similar game called Duva ate up all of our break times in primary school as did the famous Bhayishoza, the rhythmic hand-game-song adapted from the incoherent words of an English hymn, which every black child in this country butchered beyond recognition.

There are endless riddles that have the same rhythmic root and content but are sung in different languages, and many call-and-response games in which all you had to say was “Nguban’osuzileyo? [Who farted?]” and any number of respondents would say “Ngu Nomsuzwana [Farty]” and the story would carry on.

As a 1980s baby, my question is: How did these games and songs travel across the country without the communication tools we have today? Was the migrant labour system responsible or did they magically travel through time and space? How was black cultural production manufactured and circulated at a time when our country was ethnically ­Balkanised?

In a similar mystery, how did the images that shaped urban black culture in the 1980s and 1990s come to be? I refer to the famous photograph of the dark-skinned, unclothed black mother with an Afro hugging her little girl, or the painting of the sad little boy with one tear running down his cheek. Who made these images and how did they end up in black living rooms and memories across the country?

In an attempt to get them to put down their iPads, cellphones and remote controls, I collected my tween girl cousins at a family braai earlier this year, and taught them how to play uShenxe and Bhayishoza.

As soon as they locked down the rhythm and the moves, they wouldn’t stop playing and their little brothers cried to be included.

At the end of the night, the children were dizzy with joy, hungry to learn more, happy to sing in gibberish, yearning to create, relieved from being entertained – and lost in the simple magic of playing.

Iimbali, a regular column by Friday editor Milisuthando Bongela, is a space for stories and other narrative-based social analysis.