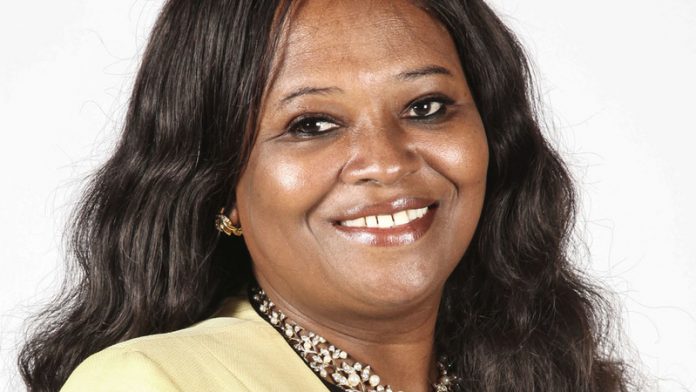 A designer handbag gifted to the chief executive of the South African Weather ­Service has sparked a new wave of allegations against the head of the state-owned entity, Dr Linda Makuleni, and its ­management.

These allegations have led to the public protector investigating the entity for the second time in four years.

The weather service is regarded as the authoritative voice for weather predictions and climate warnings in the country, with a network of more than 230 automatic weather stations, 12 climate stations and more than 1 100 rainfall stations.

The public protector’s spokesperson, Oupa Segalwe, confirmed that a second investigation into the state entity was started last year after “concerned employees” lodged a complaint.

The employees have complained of financial irregularities, including how the service’s current acting general manager, Khanyisa Hanisi, bought Makuleni a Cellini Serenade designer handbag for R3 795 and claimed the money back from the service.

The employees’ submission to the public protector states that Hanisi bought the handbag using her own credit card for her “friend”, the chief executive, as a present for completing her MBA.

“This would have been an admirable gesture had the acting GM [general manager] not later claimed this money from [the weather service]. Not knowing the full details of the claim, finance staff were made to process the claim,” reads their complaint.

The Mail & Guardian is in possession of the invoices and proof of Hanisi being reimbursed.

But the weather service insists that the purchase was above board and that the chief executive did not receive the gift from Hanisi but from the state entity itself.

But Majokweni did not provide a copy of this policy on request.

Other allegations compiled by the employees include how they had received a 5.6% increase, yet some managers had been given raises of more than 8% and bonuses of more than R100 000 in 2015. One manager, they claim, was given a bonus of about R600 000.

But Majokweni denied the existence of such increases, stating that a particular set of criteria was used.

“Kindly note that the average increase for salary levels 1-12 was 6.8%, whereas that of senior management was 6.56%,” she said.

In 2008, auditors PwC was asked to investigate various allegations against the weather service’s management. That report cleared the chief executive of wrongdoing, but recommended corrective action including pressing charges against a former employee, which staff members say was not done.

This is one of the matters they have asked the public protector to probe.

This is the second time the ­public protector will be investigating the service. In 2009 the watchdog probed seven tenders that ­employees claimed were given to companies without following proper tender procedures.

Staff also charged that Makuleni had landed the position of chief executive without having the necessary qualifications.

The public protector, however, battled with a lack of co-operation from the weather service and her report was only released three years later.

“Despite numerous requests to set an appointment with the [chief executive] of the [weather service], we were not able to obtain [one],” reads the report, released in 2012.

It also claimed that the entity did not provide the investigating team with the relevant documentation.

The report recommended that disciplinary action should be taken against the chief executive and staff members who had failed to comply with the provisions of the Public Finance Management Act when appointing certain service providers.

According to the employees, none of the remedial action has been implemented.

Majokweni, however, claims the service has never received the final recommendations, which the M&G has seen, and that the only report they know of is a preliminary one, to which they have responded.

The public protector’s office, meanwhile, said it would be following up. “We have a compliance officer who follows up on the implementation of remedial action on all the matters we finalise. The officer is in the process of following up on [the first report],” said Segalwe.

Ignore Thuli at your peril

Even after the Constitutional Court ruled, in the Nkandla matter, that her office’s recommendations must be implemented, the public broadcaster referred to her findings as “allegations” and cited reasons why the corrective action could not be carried out.

But the club of government departments and state organs willing to bat aside the public protector’s reports – which reached a considerable size as the executive ignored Madonsela’s Nkandla report – seems to be shrinking.

In August 2015, Madonsela delivered Derailed, her report on gross irregularities and unlawful expenditure at the Passenger Rail Agency of SA (Prasa). Initially, Prasa said it would deal with the findings after internal processes and based on the merits of different cases.

A Pretoria high court ruling this week shows how that attitude changed between September and March.

A month and a day after the Constitutional Court delivered its Nkandla ruling, Prasa finally cancelled a multimillion-rand contract that Madonsela had found riddled with “maladministration and improper conduct”.

For six months the supplier, KG Media, had continued to publish a commuter magazine, charging Prasa R530 000 a month. And the company expected payment, too, with owner and ANC national executive committee member Pule Mabe going to court to demand it. But Prasa, the court said, in rejecting KG Media’s application with costs, stood firm. – Phillip de Wet

Cartoon: Carlos on the Pocket Protector

The government is to decide whether travel restrictions will be implemented after variants originally from India and the UK were detected in South Africa.
Advertising