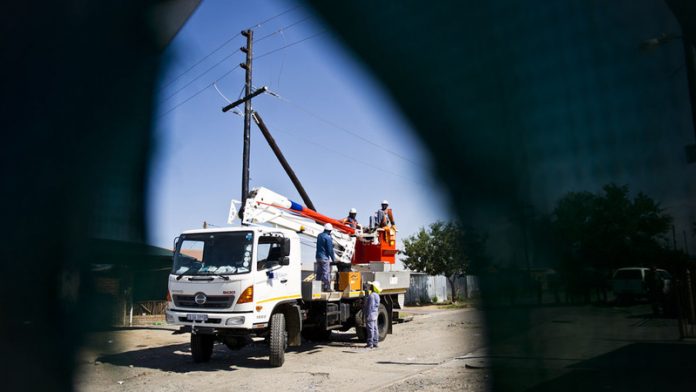 To catch a thief, you have to dress the part. And the perfect get-up for Eskom is khaki shorts, matching long socks and a bakkie.

In addition to its long-running battle against cable theft, Eskom has more recently been faced with the theft of its transformers. An initial investigation revealed the huge blocks of metal were being sold on the black market at a fraction of their actual value.

A transformer may seem an arbitrary device – we pass them every day – but when you have a blackout you realise its importance. It’s the one element that takes power from a mainline overhead cable and converts it for domestic consumption.

The team that was employed to hunt the thieves down first gathered intelligence on a believable “buyer”. In this case, it would be a farmer who needed to replace his blown transformer. The cover story would include that he couldn’t afford Eskom’s high prices and was hoping to find a better deal on the black market. And who doesn’t want a better deal? The seed was sown.

An investigator disguised as a farmer would play the part of the desperate buyer.

On March 18 the farmer made contact with an unsuspecting middle-aged middleman who offered him transformers for the cut-rate price of R40 000 each.

The deal was on. They would meet again on March 24 at an off-the-radar location in Brandvlei, on Gauteng’s West Rand.

At the initial meeting, the middleman whipped out his cellphone. There had been a delay, he reported. The main man was busy.

Six days later, the middleman called again. This time he was in a rush. The meeting would take place in Randfontein at 4pm. Again, calls were made. The “old man” was busy. Again.

Anxious days rolled by for the team of private investigators.

Finally, on April 4, the call came in. The meeting was arranged for 3pm in Randfontein, at the KFC. This time, the middleman had two others with him.

The group led the farmer on a 30-minute drive to Swanneville, outside Krugersdorp. After 5pm, as the sun began to set, the Eskom players selling the goods arrived in a white double-cab Nissan bakkie. Following in its dust cloud was an Eskom truck.

A 31-year-old Eskom employee stepped out of the truck and introduced himself to the farmer.

The handshakes were shaky as the Eskom staffer interrogated the farmer on his reasons for buying a transformer. Finally, seemingly satisfied, the man agreed on a venue to off-load three transformers. But there was one last thing. The farmer was taken a bit further away.

There, he met another Eskom employee: the main man. The 56-year-old was urgent in his dealings. Everything was set.

The next morning was D-day and the police, Hawks and investigators were set to pounce.

The farmer and the Eskom employees drove to where the transformers had been stashed the previous night.

The farmer made a call to his “employee” to arrange the payment. But the undercover team needed to get their suspects to a Total service station in Randfontein, where the law enforcement agents were lying in wait.

The story given to the Eskom sellers was that the “employee” had landed late in Bela Bela and everyone should rather proceed to Randfontein to complete the deal.

Off the convoy went, travelling to the Total garage on Main Reef Road on the way to Krugersdorp.

The truck carrying the transformers arrived and parked on Voortrekker Road, not far from them.

Then, from all directions police officers pounced on the suspects.

Five people were arrested, including three Eskom employees. Three transformers were recovered and so was the Eskom truck.