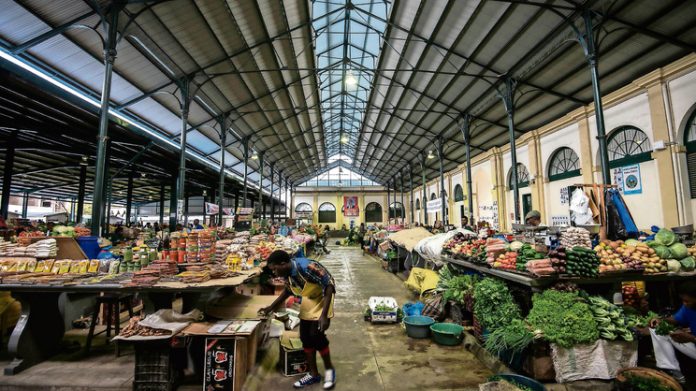 More than 90% Kenyans consume less than five servings of fruits and vegetables on most days. Nearly a quarter always add salt to their food before eating or during their meals. And 28% always add sugar to beverages.

More than half of the adult Kenyan population have never had their blood pressure tested. Yet one in four people has high blood pressure. Diabetes testing has even worse adherence, with only one in ten adults ever being tested.

The majority have never had their cholesterol levels tested, while 27% are either overweight or obese.

These are the results from the newly released 2015 Kenya STEPwise Survey, a nationwide study that looked at how non-communicable diseases are affecting the country.

What the results show is that non-communicable diseases such as diabetes, cancer, heart disease and chronic respiratory illness have all skyrocketed in the country over the past ten years in the same way that they have in sub-Saharan Africa.

Globally, more than 16 million people die from non-communicable diseases. Of these, 80% are in low- and middle-income countries. And according to the World Health Organisation’s projections for the next ten years, 28 million people in sub-Saharan Africa will die from a chronic disease.

Responsibility to address the situation does not only lie with governments. The choices individuals make also have a huge role to play.

These all significantly increase the individual’s risk of dying from a non-communicable disease.

Though the picture isn’t pretty in Kenya, the country is not alone. In Uganda, the 2014 Uganda STEPwise Survey shows figures that are as bad.

The two surveys paint a shocking picture of how East Africans are exposing themselves to the mounting risks of non-communicable diseases.

These surveys must be a wake-up call to governments to find better solutions to the growing crisis of non-communicable illness. But they also suggest that individuals should and can be doing more.

What a healthy diet looks like
So where do individuals start?

These days healthy food has been replaced with tasty and, most often, easy food. Grabbing food on the run means that only 6% of Kenyan adults get their recommended five-a-day servings of fruits and vegetables. In Uganda the figure is 13% for women and 12% for men.

Maintaining a healthy diet can help to reduce the risk of some cancers as well as the chances of being obese – which itself is a marker for all sorts of non-communicable diseases, including heart disease and diabetes.

A healthy diet also restricts salt intake, which for Kenyans is even more of a challenge than adding fruit and vegetables. One in four Kenyans and Ugandans add salt to their food before they even taste it. Every shake of that salt shaker carries with it a risk of high blood pressure and lasting damage to the heart, kidneys and brain.

High consumption of alcohol can also have an effect on weight and the organs most vulnerable to disease: the heart, the liver, the stomach and the pancreas. One in four Kenyan men drink alcohol daily and one in eight are heavy drinkers.

This means that half of men who are daily drinkers are daily heavy drinkers. Beyond the long-term damage of over-consumption, heavy drinking can also mean you – and others who share the road with you – are at higher risk of traffic accidents leading to serious injury or death.

Another risk factor is tobacco – smoking or being around smokers. The Tobacco Control Act in Kenya has been around since 2013. Yet one in four Kenyans is still exposed to tobacco in the workplace or in the home.

More than 13% of Kenyans currently smoke. And in Uganda 40% are exposed to second-hand smoke. Passive smoking – when a person is exposed to someone who smokes, even if he or she doesn’t smoke – is equally dangerous, as it heightens the risk of cancer, chronic respiratory conditions or heart disease.

Taking action
What all this means is that individuals have the responsibility to remove the risks from their lifestyles.

Governments, too, have a responsibility to develop systems to help people mitigate the risks.

Without concerted action at the systems level, the burden on overstretched health services will be even greater, and the costs of inaction will stymie economic growth and development.

Damage to a person’s health and body happens over the long term. It may manifest as a treatable condition, such as being overweight, or having high blood pressure or diabetes, but it can quickly deteriorate into a degree of suffering that can only be managed, not cured.