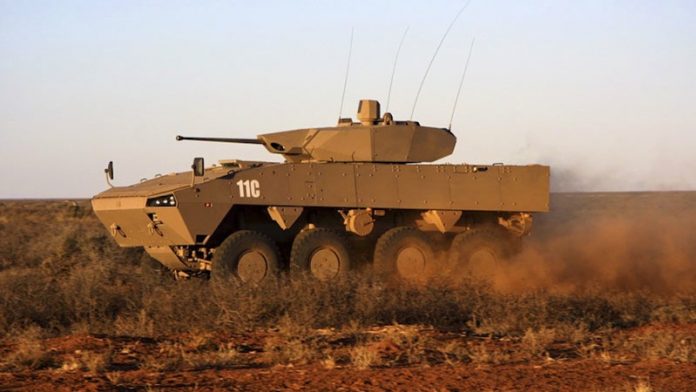 It’s bombs away with Denel Asia

Denel’s decision to establish a joint-venture company in Hong Kong is based on the opportunities that will open up in Asian-Pacific markets for the company’s products as well as possible joint ventures with local industries.

It would be irresponsible for a company such as Denel – the second-largest defence technology company in the southern hemisphere – not to have a presence in South East Asia and not to explore a wide range of potential business opportunities.

To claim, as the Mail & Guardian does (Gupta-Denel deal ‘makes no sense’), that Denel’s focus on South East Asia “is misguided” demonstrates a profound lack of understanding of trends in the global defence arena and little knowledge of Denel’s business strategy in recent years.

Five of the top 10 largest defence importers are in Asia, and there are rapidly growing markets in Malaysia, Cambodia and the Philippines. To imply that Denel should not endeavour to capture even a tiny slice of this business is to suggest it should simply close its doors, with all the implications that holds for local manufacturing, advanced technology, skills development and job creation.

The M&G and the experts quoted make no mention of Denel’s success in another Asia-Pacific country, Malaysia. In 2012, we signed the largest export contract in the history of the South African defence industry to supply turrets and integrated weapon systems for its new generation of armoured vehicles. This has brought major benefits to our local industry in the form of job creation and the ability to grow our landward defence businesses. So will Denel Asia, based in in Hong Kong.

Joint ventures such Denel Asia are nothing new. Tawazun Dynamics in the United Arab Emirates is another, as is our collaboration on precision-guided bomb technology. The experts quoted advise Denel to “rather focus on the Middle East”. Well, we are doing just that — for longer than a decade now. And we will continue to do so, without neglecting opportunities in other regions.

We are ahead of the critic who advises Denel to have local partners “to negate the domestic political influence on procurements”. In Brazil, our joint development of the A-Darter air-to-air missile has led to the establishment of a local company.

The M&G’s experts do not demonstrate a thorough understanding of the changing nature of Denel’s business activities. Our historical strengths may be in landward defence systems and artillery, but we have moved fast into missile technology, unmanned aerial vehicle systems, as well as command-and-control and systems integration.

Though affected by power shortages and looking forward to a resolution of South Africa’s energy issues, possibly even through the development of nuclear power stations, the Ukrainian community in South Africa vehemently protests against the South African government’s consideration of purchasing Russian Rosatom-built nuclear reactors.

Rosatom is a Russian corporation that evolved from the Soviet Union’s atomic industry. It brings together contractors from across Russia to design and build nuclear reactors.

Russia has a poor track record of managing its state-owned companies. It encourages contractors to develop strategies based, not on high levels of quality, safety and prudent management, but rather on political expedience and the global influence of the Russian state. Look at the governance of Rosatom and you will see that the supervisory board is a solid wall of Russian president Vladimir Putin’s appointees and other Kremlin lackeys.

The Ukrainian community in South Africa has some experience of what can go wrong. This month is the 30th anniversary of the Chernobyl nuclear disaster. This malfunctioning reactor, built by Rosatom’s predecessor agency, suffered a meltdown of epic proportions. The gross mismanagement of the nuclear industry and a political conspiracy in Moscow prevented the orderly evacuation of towns around the reactor.

An entire generation of Ukrainians has carried the burden of the world’s worst nuclear disaster, whether they are directly affected or marked with the psychological trauma of living in the shadow of a radioactive spectre.

South Africans, beware! Russia’s position on the global stage is a precarious one. We believe that decisions about nuclear and the difficult task of building nuclear reactors will be made according to Russia’s geopolitical needs, not South Africa’s needs.  The kind of quality and safety South Africa should expect cannot come from that kind of decision-making. There are other and better options. – Roman Zyla, Ukrainian Community in South Africa

Juju, take your foot out of your mouth

Julius Malema’s recent comments (including, but not limited to, threats of toppling the government “through the barrel of a gun” should the party not respond to peaceful protests) will overshadow his latest accomplishment – graduating.

Malema saying that black people should make babies is an insult, particularly to women (Sorry, man, Julius, but your plan is pretty kak). Are women merely baby-making machines in his view?

Malema’s remarks, coupled with the anti-rape protests at Rhodes University, show that we still live in an unequal society that makes it acceptable for men to control what happens to women and their bodies.

Once more our patriarchal society continues to allow us men to decide what happens to women’s bodies. Instead of trash-talking each other in Parliament, our democratically elected male leaders in particular should challenge this reality. – Sandile Ntuli, Johannesburg

From Brits to Beijing, people are going crazy for Makhadzi’s smash hit which was born from a DJ Call Me beat
Read more
Advertising
Continue to the category
Coronavirus