The universal difficulty of getting chose 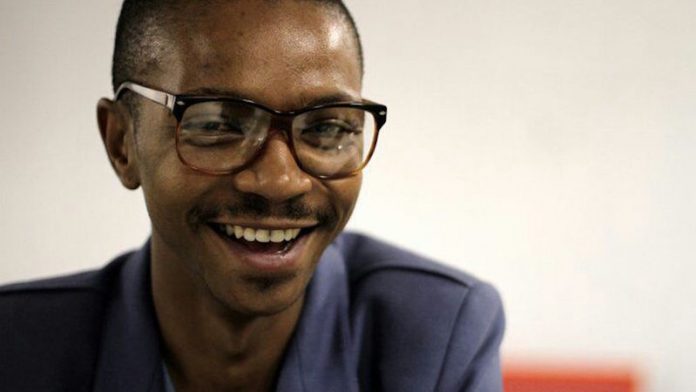 I don’t know when love became so elusive/ all I know is no one I know has it, Beyoncé says as I contemplate my own love life on board a flight from Johannesburg to East London.
I was trying to stir up the FOMO of the lady seated next to me by watching Lemonade during the flight and instead found myself deep in my own feelz.

I think I know when love became elusive for me — it was the day I discovered internet dating sites and apps. The first time I realised the internet could be used to find love was when I was a young freshman at Fort Hare University. But I soon learned that it only really worked in big cities. It worked even better overseas. But doesn’t everything, though? (Don’t answer that.)

Last year I moved back home after living in Jo’burg, to become a parttime stay-at-home gay while figuring this funemployment thing out. My sex life abruptly became the no life of my younger days. It used to be that when you returned from “the mountain”, your parents bought you a new bedroom suite and built you a back room where you could live out your manhood in all its fullness.

The back room is a rite of passage in and of itself. It’s the aspiration of many a young boy growing up in a township home.

For a time, I did have a back room at home but I relinquished it for economic migration to the big city (and the promise of busier Manhunt and Grindr pages) before I could really put it to optimal use.

Without an established pattern of behaviour, and without the requisite knack for the age-old tradition of ukungenisa (sneaking a girl into your room at your parents’ house, which in my case would be a boy), I came back home an old dog, reluctant to learn new tricks and settled for an inside-house room where the wi-fi signal is stronger.

When I was in the big city, I wasn’t quite as shumanekile (pitifully single) as I am now. My experience of some 20 years as a practising homosexual has led me to some of darkest parts of male sexuality. Not least of which is evinced in the unrelenting fuckboism that is Grindr (or, indeed, any of the many dating/hookup platforms available to same-sex-loving men). The greatest of these comes neatly packaged as a set of “preferences” most commonly hurled at you by various headless torsos and other Not Safe For Work avatars. “NO FATS!” “NO FEMMES!” “NO BLACKS!” “NO ASIANS!” are by far the most popular.

One may rightfully argue that this is a simple matter of preference. A favourite aunt of mine would say “de gustibus non disputandum est” — there’s just no disputing taste (aphorisms always seem to hold more weight when expressed in a foreign and/or dead language spoken only to sound like a pompous git).

We all have preferences — for example, I prefer Chicken Licken hot wings with the hot sauce to Nando’s any kind of wings. What I don’t do, however, is stand in the middle of the food court at the Mall of Africa and shout that out at the top of my voice.

My analogy is simplistic and borderline egregious, but it serves my argument well in that, by extension, what civilised people are expected to do is to wait to be offered the unde sired wings before politely declining without even mentioning a preference for wings that aren’t Portuguese. It’s humiliating and dehumanising to Portuguese chickens.

After making the necessary adjustments for demographics in the city that Wikipedia estimates has a population of 267 000, this involves but is not limited to the following:

• Locating the sweet spot in the male population between Ben 10 and half-past Blesser;

• Accounting for queer drain, which is like brain drain, but with queers. It seems the only eligible people left here are the four other gay men in my East London circle of friends.

The worst thing at my age, even as an openly out homo, is that I am starting to get the “when are you getting married” question a lot at family gatherings (damn you, Constitution of South Africa!).

Soon one of my siblings will be getting married and I need to be prepared. So my mission between now and then is to find someone to be my date to the wedding, so that when I get asked that question I can deflect and point to him, saying: “Mbuze, nanku (ask him, here he is)”. That ought to buy me some time, I think. Or get me chose. Either way, I win.