Forthright Jansen has drawn both admirers and detractors 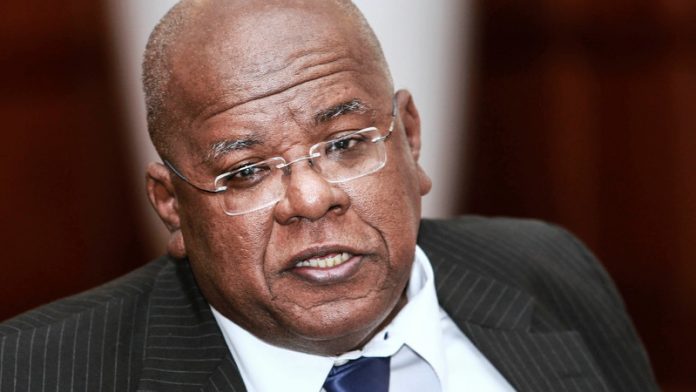 It’s hard to get near to Jonathan Jansen. The University of the Free State (UFS) rector has just given a talk at the Franschhoek Literary Festival, and there’s a throng of people who want to shake his hand and profess their admiration.

During his conversation onstage with broadcaster Redi Thlabi, Jansen had mentioned a big announcement he was due to make the following Monday, without elaborating.

The news turned out to be his departure from UFS to take up a position at Stanford University in the United States in September. It was an unexpected revelation, given that Jansen had categorically denied rumours that he was stepping down as recently as last month.

Later, settling into an armchair in the panellists’ Green Room, Jansen was still keeping mum about his move. When asked how much longer he expected to stay at UFS, there was a lengthy pause. Then he replied: “When I’m ready to make the announcement, you’ll be the first to know.”

The news was broken in a statement from the UFS council on Monday. Reactions on social media were predictably mixed. It’s fair to say that Jansen has divided opinion during his tenure at the university. To some, he has been a vital black figurehead who has made enormous strides in transforming a racially divided institution at a difficult period in South Africa’s history. Others consider him a conservative — even reactionary — individual whose views on race and politics have been increasingly out of touch with the student mood.

But Jansen dismisses the notion that his public writing, in particular, has often attracted criticism. “I can honestly tell you 90% of what I get in emails and letters is incredible validation,” he says.

But he is quick to concede that, after seven years at the helm of the university, much work remains to be done. The notion that it had become a bastion of non-racialism under his stewardship was exposed as a myth in February, when a brawl broke out between white spectators and black protestors at a Varsity Cup rugby game.

That event meant Jansen’s time at the institution was bookended by ugly racial incidents. He took up his position shortly after a video surfaced in 2008 showing UFS employees on their knees eating food which had been urinated on by male students. The parallel of the two incidents is not lost on Jansen.

He describes what happened at the rugby game in February as “a major scandal but also a setback”. He adds: “It’s fairly difficult running a university in the context of a divided past.”

Still, Jansen is adamant that race relations at UFS have improved. These scandals, he says, involve a tiny minority of the university’s 32 000 students. “You have got to have a sense of perspective and a sense of proportionality. I see the progress thousands of students are making in terms of dealing with race.”

Jansen cites the existence of interracial couples at the university as one illustration of a shift in institutional culture.

The practical moves the university has undertaken under Jansen to deal with racism include introducing workshops on the topic and a core curriculum on race and history, which is mandatory for every first-year student.

But steps taken on campus sometimes have little effect off campus: Jansen describes UFS as set amid a largely “untransformed” farming community. “I call it the Mississippi of South Africa,” he says.

During the best parts of his tenure, Jansen was able to devote most of his time to the issues he is passionate about. “Raising fees for students, recruiting the top academics, innovating curricula assessment systems and basically building solid relationships between black and white students.”

Since the amplification of student protest last year, however, Jansen says the majority of his efforts have been devoted to managing crises. He compares it to the old arcade game Whack-a-Mole. “You bang one and another pops up.”

Under the circumstances, you can see why a fellowship at Stanford might seem alluring. Being a university vice-chancellor in contemporary South Africa, he suggests, is a not entirely enviable position. “You never know where the next hit is going to come from.”

Often those hits have come from Jansen’s own student body. In the wake of February’s rugby incident, the student representative council (SRC) called on Jansen to resign. When the announcement was made on Monday that Jansen was stepping down, SRC president Lindokuhle Ntuli was quoted as saying: “Most of the students are celebrating … We can only hope that his replacement will be a progressive rector.”

Some of the issues with which UFS has been grappling have been shared by other universities nationally: students unhappy with financial exclusion, for instance, and wrangling over language policy changes.

But there’s little doubt that part of Jansen’s divisiveness among students must be attributed to his public writing, in which he has frequently expressed frustration with a black sense of victimhood and entitlement, and endorsed a kind of pull-yourself-up-by-your-bootstraps approach to tackling poverty.

In February this year, for instance, Jansen wrote a column in which he expressed a desire for the government to operate as efficiently as Domino’s Pizza.

Some felt it to be a strange and inappropriate analogy, given that corporate South Africa has often achieved its efficiency on the back of exploiting underpaid black labour. When I raise this, Jansen looks frustrated.

“Go there,” he says, meaning that I should visit a Domino’s Pizza franchise. “Go there and tell those people that they are serially oppressed. You’ll find people who are joyful, who are happy to have work.

He adds that in his youth he sold Bata shoes in Wynberg, Cape Town, “and I was not less of a person”.

It’s these kinds of pronouncements that have prompted speculation that Jansen’s end-game might be to enter South African party politics.

“Absolutely not,” he says, adding that there must be a space for public intellectuals to express views without being dismissed on the basis of political affiliation.

“I think that was also the role I would have advised for my friend Dr [Mamphela] Ramphele,” he says, in reference to the former University of Cape Town vice-chancellor’s doomed foray into politics with her party, Agang.

Although he is often associated with espousing an ideology of nonracialism, Jansen balks at the term. “I don’t know what that means,” he says. “I’m a proponent of human togetherness. Humans must find a way of living and learning and loving together.”