A little-known composer takes centre stage on the big screen 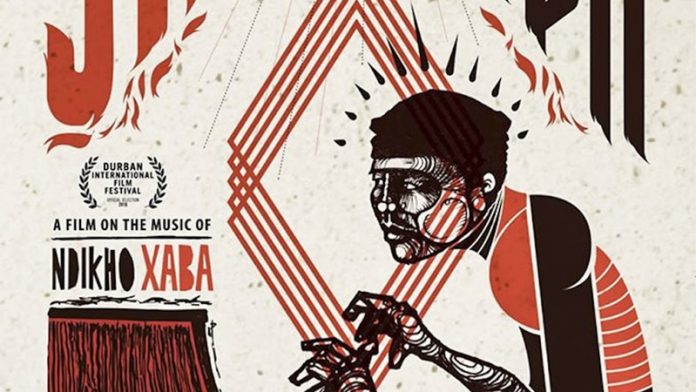 An abundance of recent documentary films offer viewers a reimagining of the “black” story and the complexities that come with intersection and subversive politics. Titles such as Jihan El-Tahri’s Nasser, Lebogang Rasethaba’s The People versus the Rainbow Nation and web series such as Cecile Emeke’s Strolling reflect the African diaspora’s heightened zeitgeist.

Mind Your Head Films’ contribution to the conversation is Shwabada: The Music of Ndikho Xaba, a meditative inquiry into the musical achievements of an inventive composer. The film headlines the 18th edition of the Encounters South African International Documentary Festival and offers thematic threads that deal with migration, lineage and a belief in the uncompromising role of art in life – all this using the enigmatic Xaba as the medium.

The festival focuses on documentary features and short documentaries and will include about 140 screenings in Cape Town and Johannesburg. Other attractions include Action Kommandant and Werner Herzog’s Lo & Behold. Nasser will also be screened.

In 1970, as the leader of Ndikho Xaba and the Natives, a band based in San Francisco, Xaba released a record of exceptional musicianship, steeped in the African and spiritual traditions of the jazz avant-garde.

Today, record collectors rank his music alongside masterpieces by greats such as Ornette Coleman, John Coltrane, Sun Ra and others.

The story of Shwabada goes much further back than when the record was made. It goes back to Natal in 1934, when Xaba’s life begins.

The documentary, conceived, directed and edited by Nhlanhla Masondo, navigates the universe of theatre and jazz music. The essence of Xaba is embedded in Masondo’s stylistic register in the film, which is in the form of an essay. Its patient opening sequence melds the topography with Xaba’s place in the lineage of the people of that region.

According to Masondo, the subject of Xaba came about from his perpetual digging for records. After unearthing a rare Ndikho Xaba and the Natives record, he decided to explore the subject’s story.

Speaking about Xaba’s little-known exploits (locally at least), he says: “The reason that Ndikho Xaba is rated an enigma is because he’s way too hip – and that tends to go over people’s heads.

“And also the nature of his life was a life filled with struggle and sacrifice. With him it was always about the art of music first and not necessarily the music industry. His was the business of music and not the music business.

“Unfortunately, because of that he did not record a lot of music. He made a lot of it, did live shows, but not a lot in studio, and as a result there is not a historical record of it. Without a historical record, it’s hard to know about stuff. The film attempts to raise the veil via two hours of live performances, some done in Chicago circa the Nineties.”

Shwabada’s pace benefits from a brew of accounts by musicians who were around Xaba. They include Salim Washington, Sazi Dlamini and Madala Kunene, whose testament stops just short of making a deity out of Xaba.

But the account with the most gravity comes from Nomusa Xaba, his wife. Their union dates back to 1970, when the two met in Chicago. A writer and activist and, overall, a beautiful woman, MaNomusa was part of the civil rights movement Congress of Racial Equality (Core), which arose in the 1960s in Chicago alongside the Black Panthers.

In the director’s view: “Ndikho’s story can’t be told without MaNomusa’s. Both are activists and artists. The sheer beauty of the two together is not only inspirational but empowering when you are in the same space as them.

“So you get to understand why Ndikho composed the song Nomusa for her.”

In Masondo’s words: “Shwabada might be perceived as documentary but, to me, cinema is cinema is cinema. There is no distinction between genre in how we make films. The only difference is style and approach.

“It’s interesting in that the fiction films matured my style a lot,” he adds. “The fiction films influenced Shwabada in that I brought the formalism required into the process. In genre speak, it may be seen as a constructed documentary but, at the end of the day, I don’t see the difference between fiction and factual content – it’s just film.

“Also, my fiction films have a historical genesis, with some poetic licence. There is a thread that unites all of the work.”

After the Encounters festival, Shwabada will also be screened at the Durban International Film Festival in June. This is fitting, as Xaba was a true son of KwaZulu-Natal. In 2012, Xaba received a Durban/eThekwini Living Legend Award, which recognised his musical contributions.

He also received a Mayoral Award for his activism and political contributions, recognising Ndikho Xaba and the Natives’ rendition of Hamba Mkhonto in 1993, days after Chris Hani had been slain.

Shwabada succeeds in starting a conversation on Xaba’s little-known history. The work speaks to the vocabulary of reclamation of African stories as much as it is about love – a part of life in which music has always played an irreplaceable role, especially when intertwined with politics and the myriad complexities in the lives of black people.

The club, Mind Your Head, drew a crowd tired of decontextualised pop and an excess of black diamond culture. It also offered a refuge from a suffocating middle-class and privileged backgrounds.

It was a place where one could become immersed in the sounds assembled by vinyl collectors and DJs. Mind Your Head created an alternative space for like-minded Jo’burg people, moving towards creative multitasking and self-reinvention. Mind Your Head was, to some extent, like the Manhattan music club Giant Steps and the Black Rock Coalition.

But Mind Your Head was short-lived. After it closed, it continued in several forms, including a few obscure reunion parties and a music and film production entity. The journey saw the production of films such as His Majesty’s Building and Men Die Here, which were featured on pay-TV and distributed on the digital platform Buni TV. As with the club, the artistic process behind the films has maintained a quality of subversion.

Shwabada: The Music Story of Ndikho Xaba will be screened at the V&A Waterfront in Cape Town on Saturday June 4 at 6pm and at The Bioscope in Johannesburg on Sunday June 12 at 3.30pm. Both screenings will be followed by a Q&A with the director