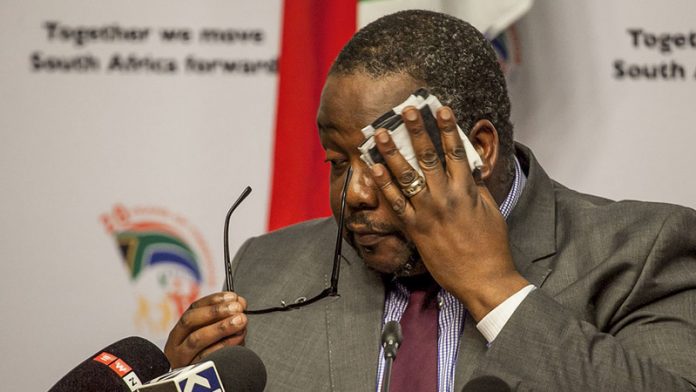 A special police task team has been established to investigate and try to prevent political killings, Police Minister Nkosinathi Nhleko said on Sunday.

“We have noted with serious concern the incidents of killings, particularly where political figures are victims or where the killings are being linked to the upcoming local government. A situation like this cannot be allowed to continue, especially in the context of democracy,” he said in a statement.

Therefore a multi-disciplinary task team had been set up to investigate the killings and where possible to prevent the killings from happening. The team would be made up of members of various SA Police Service (SAPS) units, including crime intelligence, detectives, the directorate for priority crime investigation (Hawks), and other specialised units such as forensics.

Nhleko called on all members of the public and political parties who had any information on such killings to give the information to the police so that these could be investigated quickly and thoroughly.

“We appeal to all responsible South Africans who value their democracy to ensure that this situation is not allowed to continue by giving information at their disposal to the police so that these killings can be stopped and for perpetrators to face the full might of the law,” he said.

He had been assured by the acting national police commissioner that such cases would receive priority attention.

Read the Mail & Guardian‘s coverage of political killings around South Africa:
Politics becomes a deadly game in KZN
Killings signal the start of the battle for power

“With the heated temperature because of the upcoming elections we are appealing to all to refrain from instigating violence or to use language that may be deemed to incite violence.

“This is also an appeal to political leaders and parties to give democracy a chance and allow all to exercise their political freedom as enshrined in the Constitution,” Nhleko said.

Nathi Hlongwa was the ANC branch chairperson in the Edendale area, Pietermaritzburg. He was shot on Wednesday afternoon after returning from an ANC meeting in iMbali. Hlongwa’s funeral was held at the Esigodini Sports Grounds.

Simo Mncwabe was the chief financial officer at Mooi Mpofana municipality and was shot just a day before Hlongwa while taking his children to school in Edendale.

Mncwabe had resigned from his post as CFO on Monday because he had allegedly been receiving death threats. His funeral was held at the Caluza Indoor Sports Centre.

“We appeal to the law enforcement agencies to investigate this incident speedily and bring to book those responsible for it to set an example to those whose actions are directed against our democratic order in general and free and fair elections in particular,” said Dube-Ncube.