Mozambique is being punished for its hidden guarantees to parastatals 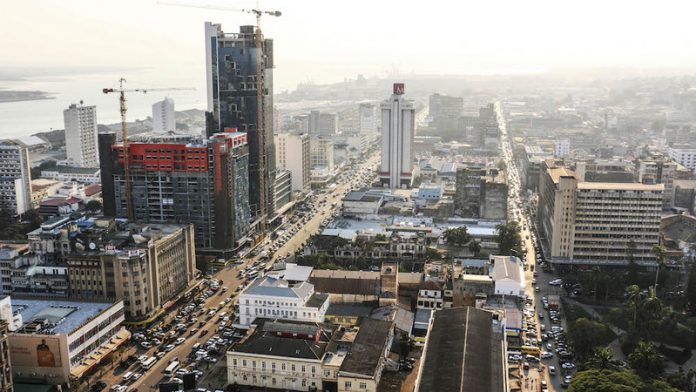 Mozambique went from being emblematic of a war-torn African country to a poster child for possibility with trillions of cubic feet of natural gas discovered off its coastline.

But the recent revelation of billions of dollars in undisclosed debt, when it was already battling the effects of the commodity price crash, has seen the country’s credit ratings downgraded and international donor agencies reportedly withholding aid, a large contributor to the Mozambican budget.

On Wednesday, Bloomberg reported that one parastatal  — Mozambique Asset Management (MAM) – which had taken on some of this undisclosed debt, had missed its first loan repayment of over $500-million, to VTB Bank of Russia, scheduled for May 23.

Mozambique’s debt crisis has focused awareness on questions of sound and transparent public finance management at a time when many African countries are tapping into global capital markets, where fewer conditions are attached to lending than deals struck with international agencies such as the International Monetary Fund (IMF) and the World Bank.

International capital flows have been a significant differentiator in the performances of various African countries in recent years, according to Phumelele Mbiyo, the head of Africa research at Standard Bank.

African economies that are not reliant on commodity exports have been able to finance investment and grow irrespective of what has happened to international commodity prices. There remains an ample supply of global capital available to African countries, but they still “have to be careful about utilising that capital,” he said.

Mozambique’s experience suggested there was weakness in terms of public finance and debt management, he said, and the discovery of undisclosed debt will have a significant effect on the country’s economy.

According to Bloomberg, Mozambique’s finance minister Adriano Maleaine said that MAM management was in talks with the Russian bank to restructure the debt and that the government had recommended finding a solution to avoid transforming the debt into sovereign debt.

The IMF says the hidden debt amounts to about 10% of the country’s gross domestic product (GDP).

The revelations reportedly prompted donor organisations and agencies, including the British government and the IMF, to suspend aid.

The IMF has a policy support instrument (PSI) and a standby credit facility (SCF) of about $283-million in place with Mozambique. The PSI framework is designed for low-income countries that seek IMF advice, monitoring and endorsement of their policies. In Mozambique’s case, it is aimed at building economic management capacity and at enhancing debt management and financial sector efficiency, among other things.

In the wake of the debt revelations, the IMF said the programmes have not been cancelled and the SCF is in effect until June 2017.

Although Mozambique’s reliance on donor funding has declined in recent years, grants still make up about 4% of the country’s GDP, according to Standard Bank’s May African Markets Revealed report.

The suspension of international aid is likely to result in state expenditure being cut back to keep the budget deficit from widening, Mbiyo said, as about 10% of government spending comes from international aid.

“It is likely to have a significant effect on the overall economy,” he said, particularly since Mozambique is experiencing foreign exchange shortages. The commodity price crash was a factor in these shortages. Key exports include coal and aluminium.

Mozambique’s currency, the metical, has weakened substantially against the dollar and inflation in April reached 17.3% year on year. Standard Bank is forecasting it will reach 20% by December, partly because of the rising import costs of food and the effects of currency weakness.

At the end of May, credit ratings agency S&P Global downgraded Mozambique’s long-term foreign currency sovereign rating to CCC, which flags the country’s debt as extremely speculative and close to default. It also placed the country on negative watch for a further downgrade, because of what it views as the “increasing risk of Mozambique defaulting on its debt, either as a result of higher-than-expected debt service obligations, or due to acceleration clauses in the government’s external commercial debt”.

The agency estimated that general government debt is now about 90% of GDP.

As a result of the nondisclosure, S&P expects Mozambique to “experience a substantial interruption in available official foreign financing in the coming months”.

Although the debt crisis may be a cause for economic pain in the short term, the lure of liquid natural gas (LNG) is unlikely to keep investors away for too long. Any spill-over of its problems to neighbouring countries is also expected to be limited.

In its research note, Standard Bank said these developments “may not be a huge deterrent to investments in the extractive sectors” but “low commodity prices could see investments remain subdued a while still”.

Investments in the LNG sector are unlikely to be forthcoming until much later in the year, it said. The two major players, Italy’s ENI and the United States-based Anadarko, have yet to make a final investment decision on gas projects in the Rovuma Basin off the coast of northern Mozambique.

But South Africa’s petrochemical giant Sasol has not been deterred, with Reuters reporting that the company does not view the debt crisis as a risk.

In May, Sasol started drilling in Mozambique’s Inhambane province as part of the development of a product-sharing agreement, in which the country’s national government is a partner. The company said in a statement that this reaffirmed Mozambique “as the heartland of Sasol’s oil and gas strategy in sub-Saharan Africa”.

Hanns Spangenberg, a senior economist of NKC African Economics, said the loss of direct budget support as a result of the debt crisis poses a serious concern. Although not all donor support will be lost and “what is lost will likely return over the medium term”, Mozambique will have to make some fiscal expenditure adjustments”.

He this was not likely to have significant consequences for South Africa. “Some companies may decide to delay investments into Mozambique, but the nature of the country’s natural resources will still entice South African companies.”

Update, June 9: This article has been updated to include information from the cited Bloomberg report that was published after this article first went live on mg.co.za