Bowled over by a bursary 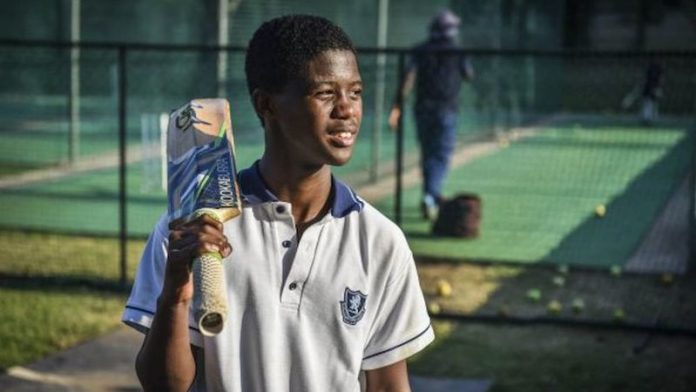 It’s a tiny brick house at the bottom of a grass slope on a congested road in Umlazi’s C section. The front door leads directly into a sparsely furnished, concrete-floored kitchen.

A worn-out fridge and a freezer stand against two of the walls, and a two-plate stove, balancing on bricks, is on the fridge.

The kitchen and one other room and a bathroom is home to Ngoneni Shezi (52), her two daughters, her son and her four grandchildren. “You can see for yourself,” Shezi says in isiZulu. “I’m really struggling.”

She has been disabled since the age of two and she says her hip joints, legs and lower body are weak. Barefoot and clad in a long navy blue skirt and striped golfer, she balances on a pair of gold crutches while she talks to me.

The appliances in the kitchen are donations from people who have no use for them, she says. Her only source of income is a disability grant of about R1 400 a month. She’s unsure of her clothing size because she can’t remember the last time she went shopping.

But when she talks about her 12-year-old son, Luyanda Gasa, her face lights up. Luyanda is a product of the KwaZulu-Natal Cricket Union’s (KZNCU) township and rural development programme. He’s in grade seven at Merchiston Preparatory School, a top-notch institution for boys in Pietermaritzburg.

It’s a huge financial undertaking for the school, especially considering that Luyanda boards there. The Institute for Learning and Motivation – South Africa (ILM-SA), a nonprofit organisation, chipped in towards his bursary, but the larger part of it is being paid for by the school’s development programme.

“We have been running a development programme for five years as it falls in line with the school’s vision. The outreach programme emphasises the need for Merchiston to give less-privileged children an opportunity to attend a school such as ours,” said Riaad Bischoff, the head of the programme and the school’s deputy headmaster.

“Luyanda’s plight was brought to our attention and, after the initial meetings with [him], it was decided that he had the spirit and character to fit into Merchiston and our ethos, and that he would benefit from our programmes.”

Through the school’s support structures, all of Luyanda’s requirements, including uniforms, stationery and private professional cricket coaching, is provided for him.

Luyanda took about 20 wickets in the first term, at a run rate of about three runs an over, says Bischoff.

“He has added immensely to our team. He is an exceptional pace bowler, who is also very economical. He is a good athlete, which makes him an asset in the field. He has a good work ethic, which has inspired the boys around him.”

Accompanied by Sanelisiwe Khuzwayo, the township and rural development programme manager of the KZNCU, I go to Umlazi’s only cricket field at the Umlazi Comprehensive Technical High School (better known as Umlazi Comtech) to meet Luyanda. He and hundreds of other boys from dozens of townships and rural areas around the province are here to try out for the Township Schools Tournament, an important annual event on Khuzwayo’s calendar, which will take place later in June.

The road to the cricket field is rocky and its clubhouse is in serious need of an upgrade. The field is flanked on one side by an informal settlement, from which the sound of blasting music emanates. This, says Sandile Simelane, one of the 50-odd coaches attached to the programme, “is the best cricketing facility in Durban”.

He summons Luyanda. The young man says very little and consistently smiles. He started playing cricket when he was 10, he says. “One of the Umlazi coaches came to our school and asked if anyone wanted to play, and I said I wanted to play.”

That coach was Andile Mkhize, who recalls that he immediately saw potential in Luyanda. “Luyanda is brilliant,” he says. “I think his talent was guided by his passion. He can go far with his cricket.”

Mkhize began coaching Luyanda one on one, and the youngster eventually moved from batting to becoming an impressive pace bowler. From there it was on to playing cricket for the Umlazi Cricket Club. He made his mark in fixtures against various privileged schools as part of the development team, and playing at festivals and tournaments.

Khuzwayo explains how Luyanda ended up at Merchiston: “The programme has an ongoing relationship with Maritzburg College. When our development teams played games against them, they saw talent, discipline and passion in our kids and started inviting them for trials.”

“They spoke to Merchiston to come have a look at our boys at trials so that Merchiston could work as a feeder system – at least the boy would have made friends in primary school and be used to this different culture before joining college.”

The academic adjustment from public to private schooling has been difficult, Luyanda admits, saying that he studies after school. In the first term, his marks were more than 50% and 60%, and he got a distinction for isiZulu. This is impressive, considering his background, says Khuzwayo.

Luyanda says that, when he finishes school, “I want to play for the Proteas.” The other answer is unexpected. “I also want to be an engineer.”

His talent hasn’t just opened cricketing doors for him. “This is an opportunity for Luyanda to enjoy a top-quality, all-round educational experience,” says Andre Leroy, the master of cricket at Maritzburg College. “[Here] he will attend extra English and maths lessons, and also receive support from a general tutor.

“There is no point in bringing him here and setting him up to fail. Without a good matric pass, his cricketing abilities mean nothing. The ideal would be that he goes to university and studies while playing varsity cricket. In our new era with university cricket on TV, the universities are looking for boys like Luyanda. This could mean that he then receives a top degree as well.

“Without the input, first from Maritzburg College and then a university, this would be unachievable. The key concept we stick by is that we are looking after a boy, not a cricketer. Cricket is one bow on the quiver, but it must be complemented with his academics and personal development.”

Luyanda will stay in the school’s boarding establishment, he adds, providing him with a settled “home” environment, structured prep routine, good nutrition and mentoring.

Back at Luyanda’s real home in Umlazi, Shezi says she has never watched her son play cricket or seen his new school. But she was happy when he started playing because it kept him away from harmful elements on the streets. “I notice now that cricket has taken him to another level, and I’m very excited for him – although I don’t understand the game.”

Not so long ago, Luyanda would have porridge for breakfast, she recalls. Lunch would only be on the cards if his school was providing it. His life is very different now.

A few days later, I take Shezi a food hamper, courtesy of an ILM-SA donor. She hits her chest with her hand, and gravitates between thanking me, smiling and crying.

Luyanda is off sick from school, but as cheerful as ever. Posing for a photograph, Shezi pulls her son close to her and they both smile, perhaps contemplating their brighter future.