SA does good in resisting mechanisms of counter-terrorism industry 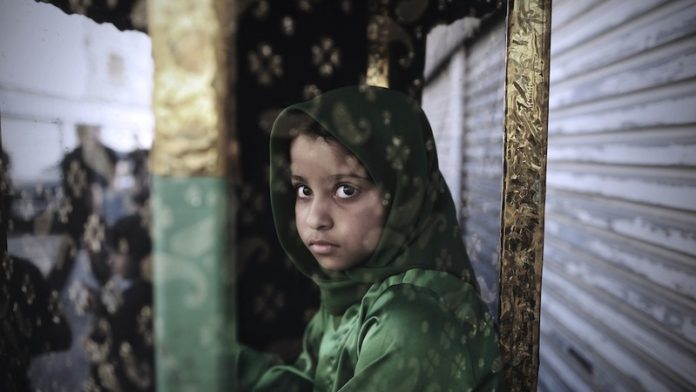 The recent warnings of a terrorist attack in South Africa from the governments of the United States and United Kingdom are an attempt to pressurise the South African government to increase securitisation and surveillance around Muslim communities, and to implement counter-terrorism measures which have failed to prevent political violence, and which continue to threaten civil society and freedom of religious belief around the world.

The unfolding story of the terror threat this week has revealed the mechanisms of how the US-led ‘war on terror’ works to divide society, and the way in which the counter-terrorism industry – comprised of security analysts, ostensibly independent NGOs and think tanks aligned to the US and the UK – works hard to create the fear and panic necessary for the implementation of draconian counter-terrorism measures, which result in increased security and surveillance of society.

The counter-terrorism measures that are currently being implemented in the United Kingdom are being blueprinted at United Nations level, compelling all member states including South Africa to implement them. This has worrying implications for us.

In the UK, counter-terrorism policy comes in the form of Prevent, a legal duty that compels doctors, teachers and anyone working with the public, to report to security services, individuals they feel show signs of “extremism”.

“Extremism” is defined in vague and broad terms and includes “opposition to British values” without a definition of what precisely those values are. School pupils who have been campaigning for justice in Palestine, for example, have been reported to security services, as was a Muslim student who took out a book on terrorism as part of his studies, and a Muslim woman who began wearing a hijab (religious head covering) to work.

Such is the level of fear and panic maintained in Britain by the neo-conservative counter-terrorism establishment when it comes to Muslims and Muslim political life, that school children as young as four years old have been referred to counter-terrorism officers for showing signs of “radicalisation”, and some have even been removed from their parents.

Members of social justice movements have also been labelled “extreme”, because they oppose British government policy, particularly when it comes to the Middle East. In fact, the definitions of “extremism” and “radicalisation” are so broad and shaky, that ordinary political dissent across the board has been criminalised, and a whole movement is developing in opposition to it

The terms “radicalisation” and “extremism” have been coined by the counter-terrorism industry, to explain, in a simplistic manner, that individuals gravitate towards political violence along a “conveyor belt” that begins with feelings of anti-Western sentiment, and culminates in a violent act. These theories, built on pseudo science, enable security services to scrutinise and criminalise a whole host of social justice movements.

But they have been questioned

When a “terror threat warning” comes along, the climate of fear that is generated assists the counter-terrorism industry to pressurise the South African government and public into accepting draconian measures which would not only include the criminalisation of Muslim political dissent – and broader political dissent – but also, by drawing vague notions of Al Shabaab and Boko Haram connections (startlingly unproven given the magnitude of the accusations), the industry casts particular suspicion on Somalian and Nigerian Muslims.

This opens up the potential for these communities in particular to be put under surveillance and to be harassed by security services – a general status quo that galvanises the security industry, whose interests are of course not security, but profit.

Not only is this a cynical exploitation of already existing social fissures in this country (as well as some weaknesses in the ANC itself), but it is also an unworkable approach to tackling the issue of political violence.

When a community is securitised individuals become isolated, alienated, discontented, and there is in fact way more chance of individuals turning to political violence than had the authorities approached community leaders in an open and genuine way, as equals in humanity, about any issues that may be of concern.

The South African government has a generally very good relationship with Muslim communities, and threat warnings such as this are divisive in the current toxic global climate. Even more so when these warnings are built on shaky evidence, as appears to be in this case.

The latest threat followed a tip-off from a discredited informant, an East African businessman who was only interested in the money US intelligence services would pay him for coming up with the ‘information’

Similar seemingly baseless accusations against Somalian shopkeepers emerged early last year when the Sowetan quoted an unnamed source as a lead in a story claiming that shops were a laundering front for al Shabaab.

Somalian community leaders condemned the accusations as “pure nonsense”, but the paper still published the story. When the Somali Community Board of SA looked into the man in question, they found out that he was not Somalian as he had claimed (ostensibly to get refugee papers).

Furthermore, when they tried to reach him to establish the veracity of his claims, they could not. Journalists who tried to take the story further, also could not reach him. But the damage had been done.

Othering a whole community based on shaky tip-offs like these feeds into a climate of fear that is often helped along by security analysts and various US-aligned organisations talking up the ‘threat’, without providing any solid proof. In such a way, a climate of Islamophobia emerges, with strong racist undertones.

This divides society, and sets the stage for more draconian legislation, including securitisation and surveillance. This is how the ‘war on terror’ sets about penetrating not only Muslim communities, but in the long term all of us.

The South African government should be commended on its level-headed approach to the latest alleged ‘terror threat’. Next time a terror threat comes along, journalists should scrutinise the source of the information and demand proof before fanning this climate of fear.

Continuing dialogue between all Muslim communities needs to be maintained and enhanced to include Nigerian and Somalian communities. Pressure from the US and UK to implement draconian counter-terrorism measures must be resisted in favour of a policy of openness, dialogue and a real acknowledgement that it is not ideology that fuels political violence – as this position is a slippery slope to a country monitored by thought police – but that a difference in ideologies is what makes our country work. Unpopular ideas should be allowed to be aired in public and moderated organically by the general opinion.

It is unaddressed political grievances that act as the strongest factor leading to political violence. Attacks are also a reaction to US and UK foreign policy in the ‘war on terror’, of which South Africa, thankfully, has so far not taken an active part.

Karen Jayes is co-ordinator for CAGE Africa, which campaigns on behalf of communities impacted by the ‘war on terror’.

9/11 now: Terror, militarism, war and fear as the ‘war on terror’ continues unabated

Amnesty: Europe must admit to co-operation in CIA torture

War on terror fails to stop surge in global attacks