Five of the best at the Euros 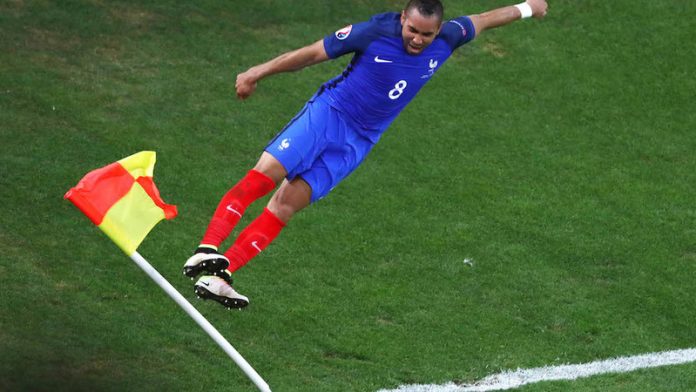 Here are five players who are in the shop window after helping their countries make an impressive start in France.

Dimitri Payet (West Ham)
Hero of France’s opening night victory over Romania with a stunning strike that rocketed into the top corner a minute from time and scorer of another goal in the match against Albania, Payet had already attracted the attention of Europe’s top clubs with a brilliant debut season in England with West Ham. Indeed, the mercurial playmaker’s performance in the opening game was so good West Ham tweeted to ward off potential suitors: “We are so proud you are one of us Dimi #WeveGotPayet.” The Hammers paid just €15-million to Marseille for Payet’s services last year and, with the Premier League side moving to London’s 60 000-seater Olympic stadium next season, it would take a bid in excess of four times that amount to prise Payet away.

Jonas Hector (Cologne)
Germany’s flying left-back Hector has already courted the interest of Liverpool as Jürgen Klopp looks to arm his revolution at Anfield with the Bundesliga’s top talent. Hector impressed on his first appearance in a major international tournament as Germany saw off Ukraine 2-0 and looks set to establish himself in a problem position for Joachim Loew during his 10-year stint as German national team boss.

Graziano Pelle (Southampton)
A relative unknown when he left his homeland for Dutch side Feyenoord in 2012, Pelle made himself an Italian hero by firing home the Azzurri’s second goal in a mightily impressive 2-0 win over highly fancied Belgium on Monday. The 30-year-old has struck 30 goals in two seasons at Southampton, but at 30 the Euros may provide the launching pad for a final big move back to Italy or further up the Premier League food chain.

Hal Robson-Kanu (unattached)
Perhaps the most remarkable goal-scorer so far in France was Wales hero Hal Robson-Kanu, who struck the winner in his country’s maiden win in a European Championship finals on Saturday despite not even having a club. Robson-Kanu’s third international goal overshadowed star team-mates Gareth Bale and Aaron Ramsey just weeks after he learned his contract with Championship side Reading won’t be renewed. — AFP