Straight people, why do you hate us so much? 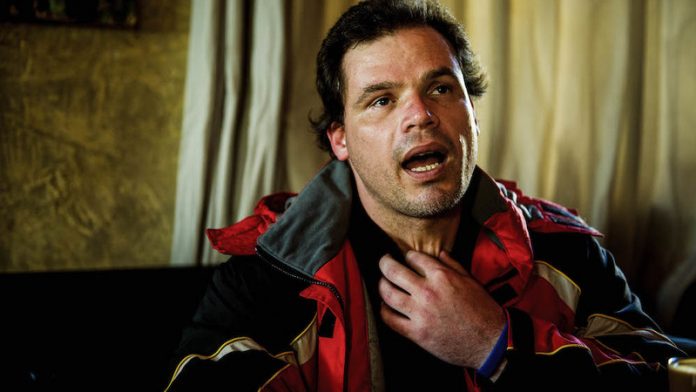 In the early hours of January 20 2003, two men walked into a gay massage parlour in Sea Point, Cape Town, called Sizzlers. It was the kind of summer’s night in Cape Town when it’s warm enough to wear shorts, but Adam Woest and Trevor Theys carried balaclavas. They also brought knives and guns.

Once inside Sizzlers, the two men went about their work with murderous efficiency. Ten men were in the parlour. Each was tied up. Their throats were slit. Then, for good measure, they were shot in the head at point-blank range. Woest and Theys never bothered to put on their balaclavas. They expected no survivors when they walked out.

But one man was not dead. Quinton Taylor, 26, was able to stumble from the building and drag his way to a petrol station at the top of the road. He must have made a terrifying sight: two bullets had passed through his head, and his throat was in tatters. He arrived covered in blood, and ranted incoherently about a massacre before collapsing.

Taylor’s was the only life saved that night, though he required months in hospital and was left deaf in one ear. He would go on to testify at the court case that saw Woest and Theys convicted on nine counts of murder. The judge described the killings as “the worst [post-apartheid] massacre that Cape Town and the country have ever seen”. These were the days when the horror of Marikana was yet to be imagined.

Today, I live in the same flat block where Woest had his apartment. I don’t actually know which flat he lived in, but there’s one I’ve decided on as a likely candidate.

From my tiny balcony, I can see the premises that used to house Sizzlers. Now, it’s an unremarkable structure. There’s nothing about its exterior to suggest the terrible scenes it once played host to.

I’m ashamed to say that I had forgotten about the Sizzlers massacre until recently. It was only when I had my friend Darrel over for drinks one day, shortly after moving in, that he reminded me what had happened. “See that?” he said, pointing to the house. “That used to be Sizzlers.” And then he told me the ghastly story.

Every time I think about what happened that night, I find it hard to accept that the Sizzlers story hasn’t been more tightly woven into the fabric of our national consciousness. Of course, South Africa is a country with multiple histories of horror. We live with so much horror that inevitably some must get lost. Still, though: the Sizzlers massacre should be in school history textbooks, to teach of hatred in its most naked final manifestation, and yet I somehow doubt that it is.

I’ve said that what happened at Sizzlers was born of hatred and yet, at the time and subsequently, public commentary persisted in framing the motives for the killing as murky. Woest and Theys did not testify at their trial. Theys died of heart problems in prison a few years after being locked up. The fact that they never took the stand allowed speculation to flourish as to the “reason” for the massacre – as if any reason could ever be found sufficient.

The official line – that it was simply a particularly brutal form of robbery – was judged improbable by many. Within the gay hospitality industry, there was talk of a hit on the establishment taken out by a rival proprietor. Newspapers referred to the massacre as “mysterious”. The prosecutor in the case called it “extraordinary, bizarre and weird”. But in a world where an Orlando gunman can open fire on a lesbian, gay, bisexual and transgender club and kill 49 people, why wrestle so hard for meaning?

When I think about the Sizzlers massacre – and when I read with nausea and grief about the Orlando shooting – my response is simple: Why do you hate us so much?

The men behind the Sizzlers attack were white Christian South Africans. The Orlando shooter was a Muslim of Afghan descent. The results were the same: the almost unimaginably gruesome deaths of gay people who had gathered in a venue to “dance and sing and live”, as President Barack Obama put it, but also to feel safe. That’s why most of us go to gay clubs. To kiss your girlfriend and not feel the predatory stare of a straight man on you; to hold a boy when you dance without fear of being beaten up in the toilets.

When will gay people simply be allowed to be? I’m tired of being expected to show gratitude for the bestowal of rights that straight people don’t think twice about.

I’m tired of living in a world where not one continent is exempt from homophobic violence or anti-gay social discrimination of some kind. I’m tired of reading about the broken bodies of lesbians in this country, and tired of knowing that it may only be my social position that has kept me from a similar fate. Shouldn’t we all be tired?

Even religious freedom has its limits