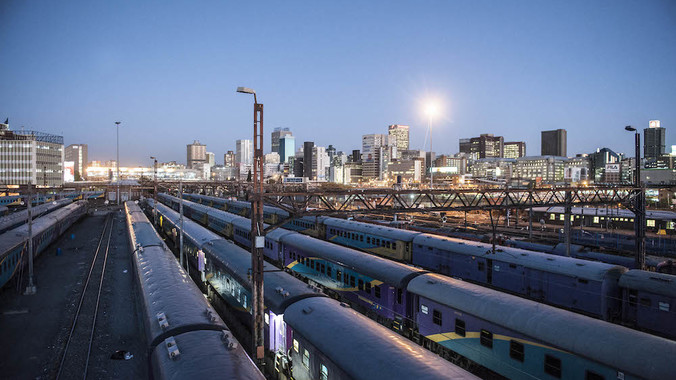 A letter written by the boss of the Passenger Rail Agency (Prasa) in 2012 sets out extraordinary detail of how the Gupta family and President Jacob Zuma’s son allegedly schemed to capture the parastatal and profit from a R51-billion tender.

In “numerous meetings” the Guptas, Duduzane Zuma and their associates allegedly pressured then transport minister Ben Martins and Prasa’s then CEO, Lucky Montana, to favour CSR.

They also, the letter claims, proposed allocating “shares” to Montana and “directly, unashamedly and unapologetically demanded” that Martins restructure Prasa’s board.

Montana wrote the letter to then Prasa board chair Sifiso Buthelezi after discovering that the transport department was preparing a Cabinet memorandum to rejig the board.

Montana proposed that “I negotiate my exit” from Prasa, saying: “I feel betrayed, in spite of having … been given assurances by our honourable minister that the restructuring of the Prasa board was not on the cards.”

His threat to quit led to further reassurances from Martins and the board remained unchanged. Another bidder, France-backed Gibela, was handed the R51-billion tender about a month later, in December 2012.

However, CSR went from strength to strength at another parastatal, Transnet. There, CSR consortia won tenders to supply 95 locomotives in 2012 and the largest share of 1 064 locomotives worth R50-billion split between four bidders in 2014. It is not known if the Guptas represented CSR in these bids.

“I had taken issue with the representative of the Gupta family … “

Montana this week confirmed writing the letter, an unsigned version of which the amaBhungane Centre for Investigative Journalism obtained. Buthelezi, who did not want to comment on the details, confirmed receiving it. A source close to Martins confirmed the essence of the letter’s contents in so far as they relate to him.

The revelations – an unprecedented inside view of how the president’s friends allegedly parlay political access into commercial gain – may reopen the wound of ANC secretary general Gwede Mantashe’s failed probe into Gupta “state capture”.

The ANC closed the investigation last month after receiving only one written statement.

Montana, who was ousted from Prasa last year over unrelated corruption allegations, said he would “leave for today” why he did not submit a statement.

The story of the letter starts in September 2012, three months after Jacob Zuma appointed Martins as transport minister and two months after Prasa issued the train tender. Bids were due by September 30.

“I have previously reported to the chairman”, Montana wrote, “of my attendance of numerous meetings at various periods with the minister of transport, key advisors in the ministry of transport and representatives of the Gupta family.

“It is in these meetings where I was introduced to representatives of the Gupta family and the son to the president, Mr Duduzane Zuma, and their relationship with one of the bidding companies, China South Railways…

“I had taken issue with the representative of the Gupta family over what I considered to be attempts on their part to ‘extort’ money from [the bidders].”

“This will ensure that the requirements of the Gupta family … “

Montana this week said he was called to a first meeting at Martins’ Pretoria residence as he was about to depart for a transport conference during the third week of September in Germany. There, he was introduced to Rajesh “Tony” Gupta, Duduzane Zuma and an associate. They indicated their general interest in the tender.

Montana’s letter says that at the conference, bidders approached him to say “that they are required to pay money on the side, that they are aware that the Prasa AGM will be postponed, which truly materialised, and further informed that [the] purpose of the postponement was to allow time for the board of Prasa to be restructured.

“This will ensure that the requirements of the Gupta family and China South Railways are achieved.”

Montana this week said the bidders told him that a Gupta associate had met with bidders in Switzerland, telling them: “We work with Lucky [Montana], we work with Ben Martins [and we have] the support of the president. [If] you don’t work with us, you are not going to get this bid.”

Montana said he asked for a meeting at the minister’s house on his return, where he “blasted” Tony Gupta and Duduzane Zuma. And he told them the correct route was for CSR – whom they said they now formally represented – to “submit a compliant bid”.

“I thought that was the end of the matter. Unfortunately it was not.”

Before the adjudication, Tony Gupta wanted Montana to include two Gupta nominees among the bid evaluators. Their CVs were delivered by a driver. “I rejected that.”

And the letter claims: “I must also add that the Guptas have presented a plan that I and other people have been allocated shares within CSR, the plan which I rejected contemptuously in the presence of our minister.”

And then there were the restructuring attempts.

The letter refers to a Gupta associate’s alleged direct demand to Martins to restructure the board. “I was taken aback and continue to be surprised by the fact that the representative of the said family finds such power, authority and audacity.”

On October 28, the letter says, then transport director general George Mahlalela showed Montana “a written memorandum for the appointment of a new chairperson and other Prasa directors [that] was being processed for submission to the cabinet”.

AmaBhungane has confirmed the essence of this allegation with two sources who requested anonimity but were close to the events.

The next day, the letter says, Montana met a Gupta associate who “reported that there is agreement at political level that Prasa shall be instructed to cancel the [tender if it is] not awarded to CSR or any one of the other two Chinese bidders. The restructuring of the board of Prasa is intended to achieve this stated objective…

“I had made it clear that the procurement process for the new trains will run its full course based on the principles required by our constitution and the law.”

Montana said that after he wrote the letter, he and Buthelezi met Martins, who supported them – including when “the biggest test came”, to get Gibela’s victory through cabinet.

CSR South Africa representative Wang Pan this week responded to questions: “Unfortunately, I do not know what you are talking about. I also do not know the people you referred in your story and have never met with them.”

Duduzane Zuma did not answer calls or respond to text and email messages.

Gupta lawyer Gert van der Merwe said: “Despite my repeated requests to be furnished with a copy [of the letter] in order to respond thereto you refused. Your reasons for refusal are insufficient and ill considered. As a result thereof I advise my clients to reserve their right to comment until you disclose a copy of the document.”

Van der Merwe was supplied with the text of the letter but not a scanned copy, given source protection concerns. –  Additional reporting by Craig McKune