Royal family wants King Dalindyebo out, but he’s fighting to retain his kingship 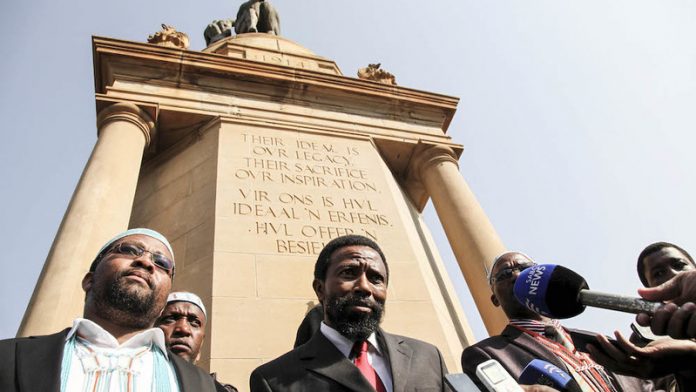 AbaThembu King Buyelekhaya Dalindyebo has not only lost his freedom and his salary but President Jacob Zuma has threatened to revoke his royal status.

Zuma wrote a letter to Dalindyebo in April informing him that the royal family had requested that his certificate of recognition, which legally recognises his kingship, be removed.

The letter, which the Mail & Guardian has seen, says Dalindyebo was to provide written representation by the end of April as to why his certificate should not be withdrawn.

“The request by the royal family of AbaThembu is based on the fact that you have been convicted and sentenced for a period of 12 years by the court of law,” the letter states.

Dalindyebo was handed a 12-year sentence in December on charges of arson, assault and culpable homicide. He has been serving his sentence at an East London correctional facility for the past six months.

The king’s legal representative, Mvuzo Notyesi, responded at the end of April and instructed Zuma to retract the letter or face a court battle.

“The most glaring flaw with the letter is that it is not accompanied by any supporting documentation and is therefore prone to raise many questions which may otherwise have been avoided,” he wrote.

The nine-page response contains a list of questions, the crux of which is how it was possible to withdraw Dalindyebo’s certificate without him being present at the meetings at which the decision was taken.

Notyesi took issue with the premature termination of the king’s salary, saying the certificate had to have been withdrawn first.

“We are instructed to raise another important issue, namely the fact that with effect from February 2016, the South African government took and implemented a decision to terminate the monthly payment of our client’s salary,” the letter states.

In January, the director general of traditional affairs, Charles Nwaila, confirmed that there had been two requests submitted to Co-operative Governance and Traditional Affairs Minister David van Rooyen, Eastern Cape Premier Phumulo Masualle and Zuma calling for Dalindyebo to be administratively dethroned.

But Dalindyebo will not go without a fight; he has instructed his legal team to mount a three-pronged court challenge against his conviction — his lawyers are saying that, as a king, he cannot undergo trial proceedings as an ordinary citizen — his sentencing and the withdrawal of his certificate of recognition. In addition, they are considering launching separate Constitutional Court actions or a single action against the president.

Notyesi said neither the presidency nor Van Rooyen has responded to the letter.

“The presidency has failed to respond or acknowledge our letter so we have a stalemate. First they terminate the salary of the king unlawfully, then they want to withdraw the certificate and when we respond to that no one cares to take us on.”

The spokesperson for the AbaThembu royal family, Chief Daludumo Mtirara, said the family’s request for government intervention was based on the need for a successor.

“We want a change in the royal family and in January had asked the government for help in securing a new successor. At the end of January we all decided that the Ngangelizwe royal family would have authority over the kingdom, especially around issues of removal and appointing of a king.”

Mtirara said they then decided to request that government withdraw Dalindyebo’s certificate, a decision they had agreed on as a family at a meeting held in April.

But according to Congress of Traditional Leaders of South Africa (Contralesa) provincial secretary Chief Xolile Ndevu, the family’s failure to include the king in its discussions and decision is a contravention of the Traditional Leadership and Governance Framework Act.

“Contralesa as an organisation cannot dictate to the royal family what they can decide on,” Ndevu said. “The kingship is a matter for the royal family and the nation to decide on. But according to the Act, Dalindyebo should have been part of these meetings.

“The royal family meeting is not complete without his presence and they could have made means to include him in a meeting about him. In this case there is a problem because he is being removed without any representation,” said Ndevu.

The presidency and department of co-operative governance and traditional affairs did not respond to questions sent on Tuesday.

The AbaThembu nation – a recent history
The AbaThembu nation are part of the greater Bantu group of people who, over a period of 2 000 years, migrated from Central and West Africa eastwards toward the Great Lakes region around Kenya and further south along the west, central region and east coast all the way down to present-day South Africa.

The Bantu groups in all of sub-Saharan Africa are connected by language and culture.

The AbaThembu nation has had a tumultuous decade with their king, Buyelekhaya Dalindyebo, convicted of criminal charges last year, prior to which he suffered political alienation after cozying up to the Democratic Alliance. His various public jibes directed at President Jacob Zuma, including referring to him as “a boy”, haven’t won the AbaThembu any favours.

Dalindyebo has held the position of king from 1989, when he returned from exile. The 52-year-old took over from his father, Sabata Jonguhlanga Dalindyebo, who died in exile in Zambia in 1986.

Sabata fled the then Transkei homeland after he was sentenced for “violating the dignity” of the Transkei state president, Kaiser Matanzima.

Matanzima was not averse to jailing protesters and banning opposition parties, including Sabata’s Democratic Progressive Party.

Since taking over from his father, Dalindyebo has married four wives, none of royal lineage.

He has six children and since his incarceration six months ago his eldest son, Prince Azenathi Zanelizwe Dalindyebo, has been touted as the next king – rumours Dalindyebo has sought to dispel. — Athandiwe Saba