Ingonyama Trust: it could be 20 years before KZN residents get title deeds 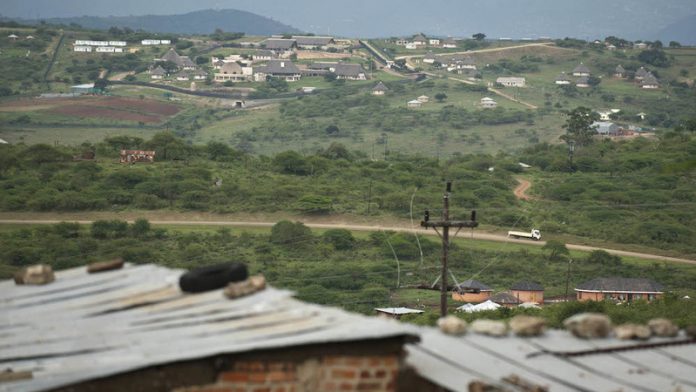 The 2.8‑million hectares of land managed by the trust comprises about 60% of KwaZulu-Natal.

However, in an interview with the Mail & Guardian, the trust’s chairperson, Judge Jerome Ngwenya, cautioned that the announcement was only the beginning of a very long and costly journey.

“This will take longer than 10 to 20 years. Take for example government’s land restitution policy, where they are claiming well-defined pieces of land where surveys are not even necessary, yet in 22 years, government has not made much of a breakthrough,” he said.

But the Association for Rural Advancement (Afra) has criticised the decision, saying the title deed transfer process so far has been flawed.

“As far as Afra has determined, there has been no consultation with any of the affected communities and therefore this seems to be a unilateral process that is specifically driven by the Ingonyama Trust,” said Afra’s Mike Cowling. Both the Democratic Alliance and Afra have expressed concerns about  the process, including the possibility that it could be abused.

Following Zwelithini’s announcement, the DA also said that it would closely monitor the process to ensure that no one received preferential treatment, including President Jacob Zuma.

The president’s Nkandla homestead, which has controversially benefited from R246‑million in state-funded upgrades in recent years, sits in the heart of the trust’s land.

In response to questions about  the tenure status of the president’s homestead, Ngwenya said Nkandla had what was known as a permission to occupy (PTO) certificate. In addition to this, the department of public works leases land from the Ingonyama Trust for Nkandla’s security quarters.

Meanwhile, Inkatha Freedom Party president Mangosuthu Buthelezi expressed his “happiness” at the announcement — not least because of the role he played as head of the then KwaZulu homeland, whose territory was partly transferred to the trust.

“After our land was deposed by the colonists, what remained were reserves for black people to live on. On the eve of the new dispensation, I felt a need to protect the land from just becoming government land and that’s why I came up with the Ingonyama Trust Act,” he told the M&G.

“I am happy that this announcement has finally been made, because when I made the legislation it was my intention for people to have title deeds.”

He added: “This was my brainchild.”

• It receives R100 every year from residents who hold permission to occupy (PTO) certificates, and, on average, R1 000 annually from each lease agreement.

• In the past financial year, the trust received just over R9 000 from people with PTO certificates, but the bulk of the money it earned — a whopping R70‑million — came from lease agreements.