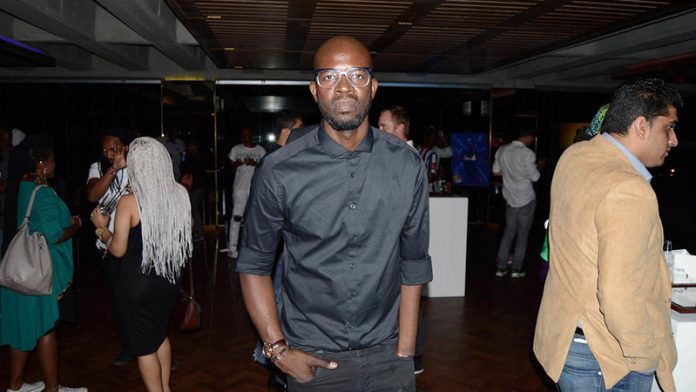 A missed opportunity by one journalist resulted in my dialling a hotel in France to speak to a man who has earned the respect and admiration of so many people – the award-winning DJ Black Coffee.

This was a week before his mother would accept his four awards at the 22nd Annual South African Music Awards, which include the Best International Achievement Award. It is also before he would grace the Microsoft Theatre in Los Angeles to accept his BET Award for Best International Act: Africa. At about 5pm, the woman at reception answers the phone with much poise and my nerves are sky high as I wait to speak to my former boss.

“Hey Bonnie,” he answers the phone on the other end. A subject I needed no thorough research on, Black Coffee – or Nkosinathi Maphumulo – is a man whose name is on everyone’s lips and all over the internet for his music and style. I enthusiastically respond with my rehearsed “Hi bhuti Nathi”, and we exchange niceties. He sounds excited to share his career developments with me.

He is arguably one of the most important figures in African entertainment recently, with five critically acclaimed albums. The most recent, Pieces of Me, features the likes of Nakhane Toure, Portia Monique, NaakMusiq and MQue, among others.

For the 2016 BET Awards for Best International Act: Africa, Black Coffee was nominated alongside some of Africa’s stars, including AKA, Cassper Nyovest, Wizkid, MzVee, Yemi Alade and Serge Beynaud. During our conversation, he mentioned how he is not good at canvassing for votes and that awards should only be on merit – clearly his fans believed in him, and he won the coveted statue.

Black Coffee is the first South African artist to win the BET Award, with previous winners including Diamond Platnumz, PSquare, Ice Prince and Davido. Humble about his win, Black Coffee has always been grounded. And despite his burgeoning fan base, which includes big names in entertainment, he still maintains a level-headedness that is rare in artists of his calibre.

The artist has managed to secure a multi-continental following through his music, with notable tours in Europe, North America and Asia.

This year has been a remarkable one for Black Coffee, who went on a world tour that saw him live his dream of world domination. And yet he still doesn’t feel as though he’s “arrived”.  “For me this is just the beginning. I feel like I haven’t done much,” he tells me.

Black Coffee recently played at Cannes Film Festival, and then headed to Barcelona for his annual set at Circoloco, where he played for the likes of Naomi Campbell and Diddy in the past.

Married with four children, Black Coffee, 40, does not really have a social life outside of his work and being with his family. He says he tells his children that he works and travels in order to better their lives. “I want to be there for them every day but they understand also that daddy has to work, for them,” he explains.

The African continent is celebrating his win with him, with congratulatory messages pouring in from political parties, celebrities, fans and even South Africa President Jacob Zuma.

Here is the rest of our conversation:

What does the SAMA 22 International Achievement award mean to you?
It means that we are on the right track. We have been trying to cultivate the international market for a while. I see this as a nod. We are getting the recognition we deserve and it is even more fulfilling being recognised at home. I am grateful.

Were you surprised by the great reception you received for the Pieces of Me album?
Yes, I was very surprised. I was not entirely comfortable with this album, as far as production is concerned. I pushed the envelope with production. It was very much inspired by my travels. The approach in music is different. I was quite nervous about whether people would understand where I am musically. Our target was to sell gold by Christmas, by the time it was Christmas, [but] we had gone double platinum. This album really surprised me. We didn’t do any music video, we had one song on radio, we had no marketing plan, the only thing we had going was the social media “We Dance Again” dance challenge, which really did well and literally sold the album.

Which album do you currently have on repeat?
I have to say, it’s Da Capo. He has a new EP called Touch. We recently released a three-piece EP, with his, Soulstar and Unplugged. I listen to all of them, but I am listening to a lot of Da Capo.

Do you still think the quality of South African house can improve?
Yes! There is so much evolution. House music evolves, it is always improving. With each new song, it is always much better. The sound is the thing that is always strong in house music. In house, I would say everywhere I go, house DJs play African house. There is an incredible band from Nigeria, I forget what they are called but that song is so popular. It is remixed by a label in Germany and it shows the power of our African house music. The influence of African house is very strong. We are definitely not far behind.

What projects are you working on?
I am currently working on an album that we are planning to release towards the end of the year, with Ultra Music internationally. We just released a single two weeks ago and we got our first airplay from a radio station in London. We released a music video for the single last week Friday. The reception is quite amazing. I am currently working on the second single that we will be releasing from this upcoming album.

Which sound would you like to experiment with and why?
I am actually producing a hip-hop song for P Diddy. I am also remixing a song for Alicia Keys. So, to answer your question, it is hip-hop.

The 2016 BET Awards were held at the Microsoft Theatre in Los Angeles, California on Sunday June 26 and will be broadcast on BET Africa (DStv channel 129) on Tuesday June 28 at 19:00.

What’s the good news? Fake news and acts of kindness