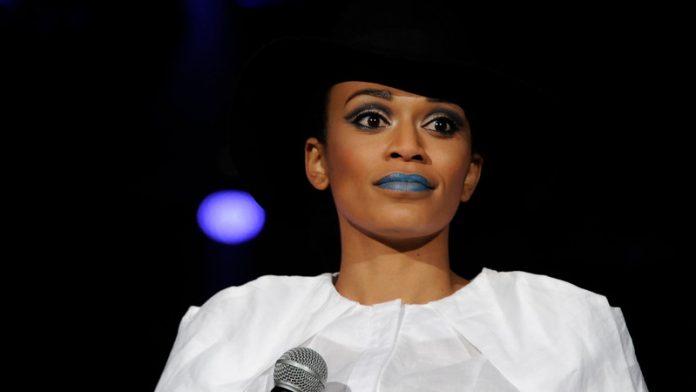 If there’s one New-Age term that grates my carrot more than any other it has to be yellow bone. More than “on fleek”, more than “hunty”, even “bae” – and those are pretty side-eyeworthy too, especially when they’ve migrated up the age groups and are being used by your mother and her friends. Everybody knows that slang words lose their cool factor once the elders adopt them.

Don’t even get me started on the youngsters of today who’ve taken to calling celebrities they admire “mom” or “dad” when commenting on the social media postings of the famous. Someone in the know needs to pen a column explaining the reasoning behind the latter for the stupefied such as me. But back to the topic at hand before I digress further.

For the benefit of those who don’t know, I suffer from what I call MDD — Melanin Deficient Darkie, otherwise popularly referred to as a yellow bone by the black masses. More beige than yellow, if I was any lighter I’d probably be an albino. Most people assume I’m coloured until I speak vernac. I’ve lost count of how many times I’ve heard: “Wow, you speak Zulu.” I should hope so. It’s my mother tongue. Insert eye roll.

The main gripe I have with the yellow-bone label is that it’s bandied about as if it’s some sort of achievement. People expect you to get excited when they call you that, especially guys using it as a lame pick-up line. Stop asking me if I bathe in milk or lather myself with honey.

Unfortunately I don’t glisten during each sunrise and sunset, nor do I taste like butterscotch or freshly baked banana bread. Forget 10 digits, all you’ll get in return for such limp expressions is a prompt scowl followed by yet another eye roll as I keep on moving.

All I know is that there are pertinent questions that are not being asked. For example: What’s the point of being a yellow bone if I still have to get my own Chicken Licken hot-wings? Is there a multimillion rand lottery just for yellow bones where only those with the basic hue requirements qualify to buy a ticket? Do yellow bones get special discounts or tax rebates from the receiver of revenue? Maybe free data bundles or special yellow bones-only road lanes? No? Okay. Until being a yellow bone comes with such incentives I’ll remain indifferent. Maybe it’s time for someone to initiate a League of Yellow Bones of sorts where all of this can be addressed. I will need an army of minions at my constant disposal whose sole existence it is to do my bidding. Because surely being black and beige – that is, extra-yellow – should get me special perks, right? Indeed.

I’m not the biggest fan of the sun. Having sensitive skin — whoever said there isn’t a downside to being extra-yellow lied — I mostly favour shaded areas over sunny ones and remain the chummiest of chums with sunscreen. Yes, I was that girl at varsity traipsing all over campus under the relief of a wide-brimmed umbrella who never forgot her sunblock and eventually became an expert sun dodger. And the looks black people give you when they see you applying sun cream or remarking on a tan you acquire once in a blue moon because of your general sun-avoiding tendencies? Priceless.

“You’re acting light-skinned,” my friends often remarked when I asked whether we could rather sit under a tree instead of sprawling out on the campus lawn under the merciless sun. So apparently “acting light-skinned” is a condition of some kind – whatever that means. And my eye rolls just keep coming.

On every overseas trip people generally seem surprised when I tell them I’m from South Africa. On top of being high yellow, I apparently have an interesting accent that adds to the confusion. The proverbial twanging of a coconut, a tone definitely unique to Mzansi. Anyway, the most ignorant response I’ve ever received from a native of a country that will remain nameless was: “Stop lying, there are no light-skinned black people in Africa. Are you sure you’re not British?” Cue an avalanche of eye rolls, please.

But it’s not all dreary in yellow-bone world; sometimes this thing has its delights. Just the other day I had a quick flashback of a solo visit to a rural part of the country. While making a quick stop at a spaza shop, a young boy playing nearby ran up to me and tugged on my vest before he asked innocently in Zulu: “Do you glow in the dark?”

Cuteness overload doesn’t even begin to describe it. “I think I’ve run out of eye rolls to give,” I said to myself as I chuckled unexpectedly, immediately charmed.

For Emilly-Rose, who is not old enough to read this

[From our archives] When lightening strikes it brings pale ailments

Celiwe could be home by the end of the month