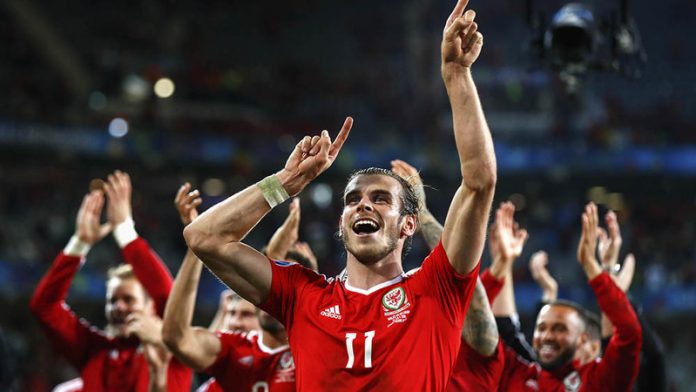 At a time when, as a rule, British footballers weren’t offered professional contracts in Europe, Charles played 155 times for Italian club Juventus between 1957 and 1962. A powerful, clean-tackling central defender, Charles was so deft he was also capable of playing centre-forward.

Indeed, he scored 28 goals in his first season at the club, Juventus winning the Scudetto in the 1957-1958 season. The Italians so admired the Welshman’s calmness and versatility that they nicknamed him Il Gigante Buono, The Gentle Giant.

With Wales’s joyful march into the semifinals of the European Championship against Portugal, Charles’s name has been cropping up more and more as the pundits seek parallels for the Welsh run.

Charles, for example, was part of the Welsh side at the 1958 World Cup in Sweden, the last time Wales found themselves in the finals of a major tournament. They played against Mexico, Hungary and the hosts in the group stage.

The World Cup format was slightly different in those days — no teams from Africa or Asia, although Wales had brushed past Israel in the qualifiers — with the top two from four groups of four progressing to the quarterfinals.

Goal difference was an as yet unheard of frippery and so, by virtue of drawing all three of their matches, Wales played Hungary in a playoff game to decide who would accompany Sweden into the quarterfinals.

The match was played at the Råsunda Stadium in Solna before a crowd of 2 823 presumably Swedish spectators, with no pre-match anthems, no breathless commentary, no social media activity and no advertisements for beer. Wales went behind early, but their two second-half goals ensured a 2-1 win and a quarterfinal tie with Brazil.

The victory over Hungary caused their association slight embarrassment. They weren’t expected to progress, so had been booked on the first available flight out of Sweden after the completion of the group stage. As it was, a young man called Pele, playing in his very first World Cup, knocked them out in the next round as they lost by a single goal. Charles missed the game, sitting injured on the sideline, and Pele’s Brazil went on to beat Sweden in the final.

With Gareth Bale (surely the Charles of his day) exhorting the Welsh and their fans to “find their inner dragon”, you rather feel that this side might do what no Welsh side have ever done. Portugal, remember, struggled to chip away at Iceland, leading to Cristiano Ronaldo’s strop “that they [Iceland] didn’t come to play”.

This was rich, given that Portugal haven’t exactly been freewheeling as they’ve crept into the semis. Then again, let’s be charitable. Portugal — you wouldn’t have bet on them; Wales – well, a pre-tournament prediction for them to reach the semis would have been greeted with howls of laughter.

Now the two find themselves poised on the cusp of the European Championship finals, in a competition that has already given us a tasty combination of the fresh and the familiar.

This week’s semifinals are almost perfect: in the one, the hosts play the best team in Europe; in the other, Wales, the side for romantics and neutrals, take on Portugal, the old European hands. All we can hope for is that neither match goes to penalties.