In rural Kenya, camel clinics bring much needed care to those who need it

Her small team is used to working fast and in the dark: breaking camp and loading the bulky boxes onto the backs of their eight camels. They have to get to the next settlement while the morning is still cool. The terrain ahead is rough and full of dangers.

“Distances are so long,” says Nunu, who is in her mid-forties. “Sometimes you have to walk between four and six hours.”

In this vast and scenic area of northern Kenya, the mobile camel clinic team treks between communities for up to six hours a day.

The area is underdeveloped, remote and vast. When Nunu completed her training in HIV counseling and testing, she never thought she would end up depending on camel handlers’ bush tracking skills to avoid stumbling into a herd of elephants. Or, as she says with a shudder, nearly step on a deadly puff adder snake sunning itself in a path.

The seminomadic communities here are peppered across 30 000 square kilometres of arid bush. They sorely need medicine and care. But there is only one doctor for every 63 000 people in the Laikipia and Samburu counties, according to government revenue allocation data. More than two-thirds of the population lives below the poverty line and nearly a quarter of children younger than five are at risk of malnutrition.

“You find that the men make all the decisions,” Nunu says. “Women still have no say.”

Out in the wild, the medical team rely heavily on the survival skills of the camel handlers. Here, they draw on traditional knowledge to dig a shallow well in a dry riverbed.

In these communities, Nunu’s camel mobile clinic is often the only health service people access in months. She is a veteran of the Communities Health Africa Trust (Chat), which brings mobile health services to the remotest areas. They focus on family planning and basic reproductive services, but also raise ecological awareness.

The fragile ecosystem here is buckling under alternate droughts and floods. This is exacerbated by environmental degradation, caused in part by a rapidly growing population.

Rain upstream can turn this seasonal river into a raging torrent in just a few hours, and delay the mobile clinic’s progress.

“Right now there are floods,” Nunu says, “The rivers are swollen all over. We have to wait for the water to go down before we can cross.”

Her colleague Violet Otieno says clinic staff is sometimes caught between warring communities: “Most of the time the people we are serving shield and protect us. But we stay close to the chiefs’ houses or police posts for security, and the injured then come to us for treatment.” 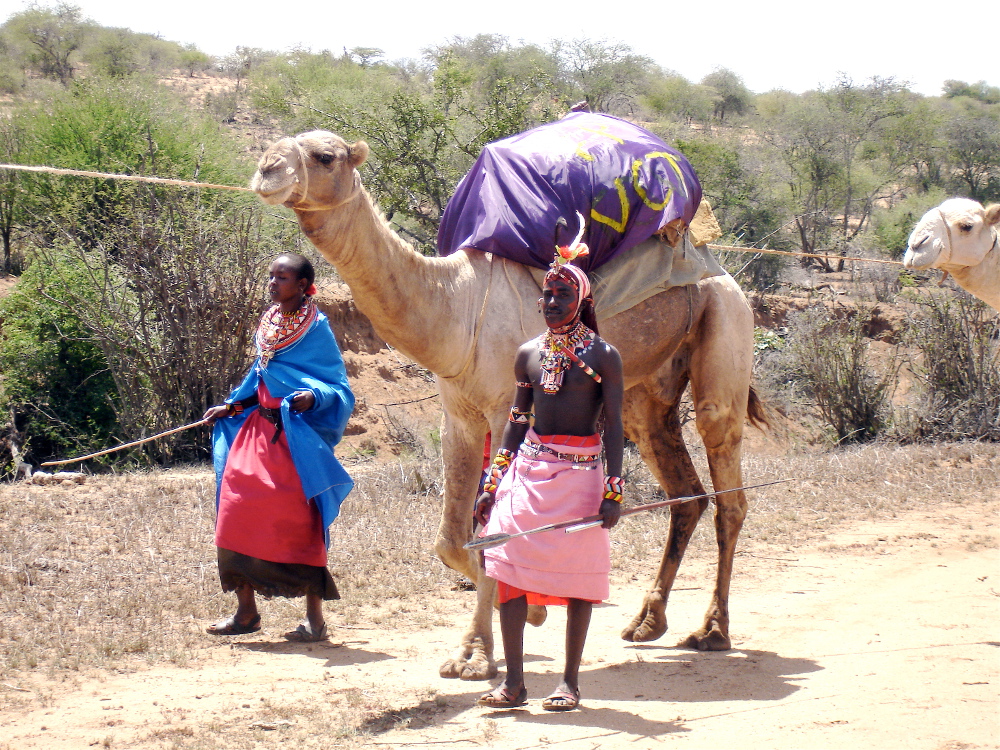 A Samburu moraan (warrior) and his wife accompany the camels to the next clinic. While serving the community, the camel clinic team relies on locals for protection and support.

Chat was started 15 years ago by Sharon Wreford-Smith, who was born in Kenya and has lived in Laikipia most of her life.

While the camel mobile clinic operates in remote areas, a purpose-built Landrover mobile clinic criss-crosses wherever it can, in an area where more than 90% of the roads are untarred.

HIV testing on two wheels
The organisation has also developed a network of “community-own resource persons” (Corps) who prepare people in advance of the clinic’s arrival. Trained in family planning or HIV testing and counseling, these community members provide ongoing support when the clinic moves on. A recent innovation has been “backpack mobiles”, which allow Corps to carry a mini-clinic with them as they go door-to-door in their communities.

Samwel Parare makes a living as a boda boda (motorbike taxi) driver. As a Corp in Laikipia North, Parare’s day job melds seamlessly with his HIV testing and counseling work. Parare carries his HIV testing kits with him, provides on-the-spot counseling, and refers anyone who tests positive to their nearest clinic.

But the men here, for a variety of cultural reasons, do not approve of their wives, daughters or partners accessing these services. 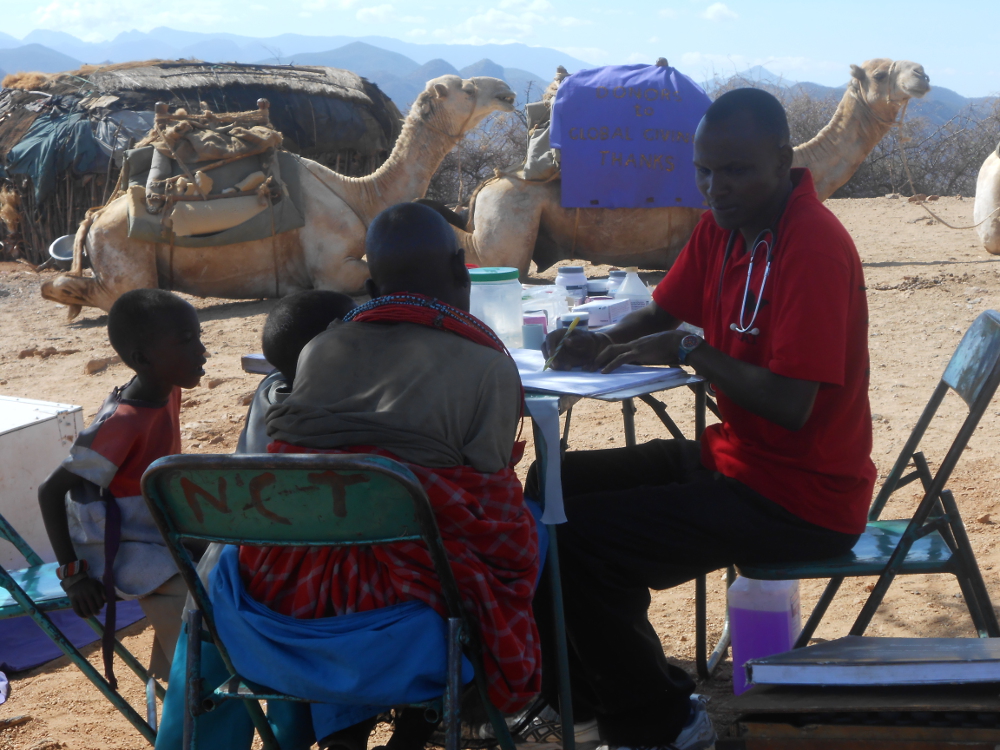 A Samburu woman and her young family watch as a CHAT nurse updates their medical records. CHAT works closely with the health ministry.

“They think contraception is a way to stop a woman from giving birth forever,” says Parare, who often gives talks to groups of knobkierie-wielding men. “But once we have helped them understand that it’s just a matter of spacing, of allowing each child to grow properly, rather than being a permanent thing for women, that’s when they allow their woman to access services. They also get a positive response from other beneficiaries, and can start to accept it.”

Nurse Pauline Nunu and a colleague examine a patient with a chest complaint.

Last year, Chat reached 140 980 people, with the Corps and Landrover clinics serving the majority. But the camel team added a crucial 8 663 people in the furthermost areas who might otherwise not have been served. Nearly 5 000 people received basic medicines for ailments such as malaria, diarrhoea and skin infections.

In a day Nunu will provide basic medicines to between 20 and 30 patients and see up to 80 clients for family planning.

“When a client comes for insertion, she decides for how long, and then I do a pregnancy test. If it’s negative, she chooses the method she wants. It could be a one-month pill, or a three-month injection or a three-year insertion. Then I do the insertion in the privacy of a tent.”  Last year, the clinics administered family planning to 40 604 women; more than half of whom chose a three to five-year insertion. It also distributed more than 200 000 condoms.

“When we provide people with it (contraception), maternal health complications go down. Economically, people become better off.”

For Nunu, her work is “a passion to serve this community”. “You know, when we went for training it was like a call. And when we serve the community to which we are called, we feel content.”

Ameenah Gurib-Fakim, who served as the first female president of Mauritius from 2015- to 2018, has also had success in higher education, winning top awards in science
Advertising