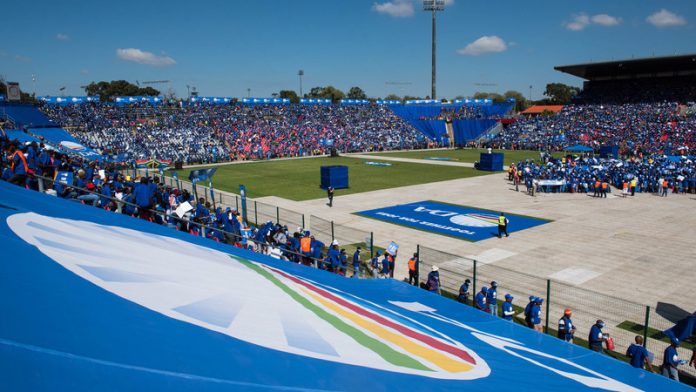 The man who built the modern Democratic Alliance is eating chicken risotto in a London hotel. Ryan Coetzee was, until some days previously, the head of strategy for the campaign to keep Britain in the European Union. He lost and he’s spending the day explaining to a succession of journalists and documentarists what went wrong.

It’s a far cry from his days at the DA, and further still from his childhood in what was then apartheid-era Pietersburg (now Polokwane).

“I was political when I was 10 years old,” Coetzee says. “Literally, we used to have arguments at break. What that proves is that I’m very odd, and that I continued to be odd enough to join a political party when I was at university … my whole adult life has involved either being in a party, or working in politics, either in Britain, South Africa, or very briefly in America.”

Coetzee joined the then Democratic Party in his first year at university, in 1991. His was a meteoric rise up the ranks: an ambitious political wunderkind of the type you see in United States political dramas. Democracy in South Africa was young – and it showed in the erratic functioning of its political parties.

Aged 24, Coetzee resolved to mould the Democratic Party in the image of modern political parties in established democracies.

“We’d never done polling before,” he says, clutching his head in mock horror. “I now find the idea of a party operating without polling incomprehensible.”

He describes the restructuring of the Democratic Alliance in 2006 as the greatest challenge of his political career in South Africa. “At the time, the DA was basically 13 semi-autonomous organisations that were in various states of dysfunction and behaved like a teenager with a bottle of whisky and car keys.”

The party was also all but bankrupt. Coetzee, who had been an MP since 2004, agreed to take on the role of chief executive of the party after being prevailed upon by erstwhile leader Tony Leon. One of his first moves was to tell the federal executive that things had to change.

Although the party required structural modernisation, Coetzee says his priority was to ensure that the DA had a “coherent philosophical foundation” off which to campaign. But nothing could happen without money. His strategy was simple.

“I said: ‘We’re going to ask every business, organisation and individual in South Africa with money’,” Coetzee says. “We told them: ‘If you want a functioning democracy, you need the DA. I think in the first year alone we made 20 000 calls.”

It worked. The financial injection enabled Coetzee – and others, he is quick to clarify – to build the DA into the slick operation it is today.

He left the DA in 2012 on good terms, Coetzee says. “I’d been in the DA forever. I was part of the furniture. And I don’t know that it’s that healthy to stay … Political parties are a bit mad, right? And it’s quite good for you to have a different perspective in the world, otherwise you live inside a contained universe your whole life, and it’s quite likely to make you mad too.”

The opportunity he was offered in Britain was too good to pass up: the job of director of strategy to then-deputy prime minister Nick Clegg. But it was also a strange time in British politics, with the Liberal Democrats and the Conservatives existing in a tense ruling coalition. Clegg was the leader of the Lib Dems, and Coetzee joined his staff at a time when the party was in serious trouble with voters who thought that getting into bed with the Conservatives amounted to a betrayal.

“I basically came to Britain to help reinforce the centre ground,” Coetzee says, and then adds sarcastically: “Well, that’s gone well!” It took him only one poll to realise that the Lib Dems were in a “catastrophic” situation. In last year’s general elections, the Lib Dems were eviscerated. But Coetzee has a positive spin on events. “In coalition, we managed not to start a war, we managed not to tank the economy and leave the European Union, so, you know … it wasn’t so bad.”

His experience with the party opened his eyes to the differences between how politics operate in the United Kingdom and in South Africa.

“In Britain, the Westminster village is basically loads of people trying to be cleverer than the next person and get attention for it,” he says. “It’s narcissism, in a different way.” As an example, he cites former London mayor Boris Johnson’s role in lobbying the electorate to vote in favour of Britain leaving the European Union.

“Just consider the outsized sense of entitlement it requires to think, as Johnson did: ‘You know what? It would be quite nice to be the prime minister. Why don’t I fundamentally compromise Britain’s future – and, by the way, not just Britain’s future.’ Trillions of dollars in assets have shrunk across the world. Some random person in Korea, who’s been paying into a pension fund: they’re poorer because Boris Johnson thinks it would be nice to be the prime minister.”

It’s clear that Coetzee is still reeling from the results of the Brexit vote, though he says that in the lead-up to the referendum he was well aware that his campaign might have failed. He attributes the public’s choice to a variety of factors, from skewed media coverage to a disenchantment with the political elite.

“I thought I would feel a bit more bruised than I do,” he says. “I really felt like a foreigner in the immediate aftermath.” Foreigner or not, he has no immediate plans to leave the UK, though Coetzee says he is taking a break from politics for a few years to work in business and consulting.

Asked whether he believes that the DA has adhered to the path he tried to set it on since he left, Coetzee muses: “Well …” He pauses and laughs. “By and large. I mean, I’m both loyal to and critical of the DA, and always was. People used to say to me: ‘I’ve got issues with the DA.’ And I would always say to them: ‘Well, not nearly as many as I have, given that I know what all the problems are.’”