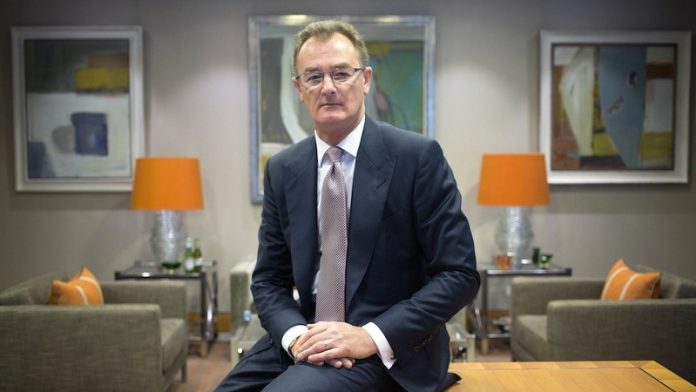 Conditional approvals have been granted for SABMiller to be bought by Anheuser-Busch InBev, and the South African brewer’s chief execu- tive, Alan Clark, stands to receive £55-million in vested shares and options as a result of the merger.

When the £55-million payout was estimated, calculated at a share-offer price of £44 a share, it was worth R1.2-billion. But the British currency has weakened substantially since the United Kingdom voted to leave the European Union and that amount is now closer to R1-billion. Still, it’s not bad for someone who has only ever been an employee.

If Clark has his heart set on using the windfall to buy, say, a modest $80-million island in the Bahamas, once the taxman is done with him he will have to moderate his aspirations to, maybe, a $40-million 180-foot yacht he could anchor nearby.

Although the tax implications are complex and variable, in effect, Clark, like any high-earning, registered taxpayer in South Africa, may have to hand over as much as 41%, or in his case about R410-million, of his windfall to the South African Revenue Service (Sars).

Formerly a clinical psychologist, Clark joined SABMiller as a training and development manager in 1990. He was appointed general manager of the Alrode brewery in Johannesburg and moved up the ranks, occupying several positions, including being head of SABMiller Europe for eight years, before being appointed chief financial officer, and then chief executive of SABMiller.

Clark will join the ranks of other tycoons: former Naspers boss Koos Bekker is thought to have paid R13- billion on an estimated income of R33-billion when he cashed in the bulk of his shares in the media company last year. Speaking to the Financial Mail at the time, Bekker, already a billionaire, said there was simply “no way” he could have paid the tax out of his pocket.

Now that the AB-InBev merger is set to go ahead, SABMiller shareholders can either sell their shares, or they can opt to receive some cash per share and take a partial share in the new listed holding company. But shareholders can only take up the second option in proportion to their total interest in SAB. The offer is restricted to the issue of 326-million limited shares and cash not exceeding £2.5-billion.

“Assuming that all sharehold- ers exercise the second option, only 41.6% of SAB shareholders could be accommodated,” said Ferdie Schneider, the head of tax at BDO South Africa Advisory Services. “In the case of oversubscription, the shares and cash will be allocated proportionately. The available shares will not be listed and traded for five years, after which shareholders can opt to switch the shares to new ordinary shares in the new company on a one-to-one basis”.

Of Clark’s £55-million, shares held long-term would account for £33-million of the payment and £22-million would come from vested incentive scheme shares, which would be triggered by the change of control at SABMiller and termination payments, said Schneider.

Assuming Clark is a South African tax resident, Schneider said there were a number of possible tax implications.

The cash sale of the £33-million in shares held long-term would prob- ably attract capital gains tax. “Capital gains tax is part of income tax and so 40% of the capital gain by a natural person is included in taxable income.”

South Africa introduced the tax on October 1 2001, and it applies only to capital gains earned since that date.

Schneider said capital gain is cal- culated by deducting the base cost of the assets (acquired before October 1 2001 and the actual cost of acquisition thereafter) from the proceeds of the sale of capital assets at market value.

When it comes to the £22-million from the vesting of incentive scheme shares, any gains or losses made by an employee as a result of this must be included in (or deducted from) the income of the employee and is subject to employees’ tax.

Schneider said the gain is deemed to be remuneration payable to the employee and must be deducted by the person by whom the right was granted or from whom the equity instrument was acquired.

“The employer must confirm the amount of employees’ tax that must be deducted from the gain with the commissioner through a tax directive. The gain is taxed as remuneration and is subject to a sliding scale with the top rate [which Clark would be subject to] at 41%.”

But Clark could minimise his tax liability if the payout is deemed to be part of a severance package.

“Sars will evaluate the component of the severance package to determine the taxable value of the lump sum. The person must be 55 years or older and, as Alan Clark is 57, he will qualify,” said Schneider.

Cumulative severance benefits are taxable and amounts of more than R1.05-million are subject to a rate of R130 500 plus 36% of the taxable income over the R1.05-million threshold.

There is also the possibility that Clark won’t pay any tax – at least for now. The payment of capital gains tax can be postponed in the case of an asset-for-share transaction.

Should Clark swap his SABMiller shares for shares in the new company, it won’t trigger a capital gains tax because there would be no income as yet.

“The transferor will generally not be in a worse position than if they retained the asset and was taxed on the growth in value in the asset,” Schneider said.