Five to prove that Foxy is feminism’s new F-word 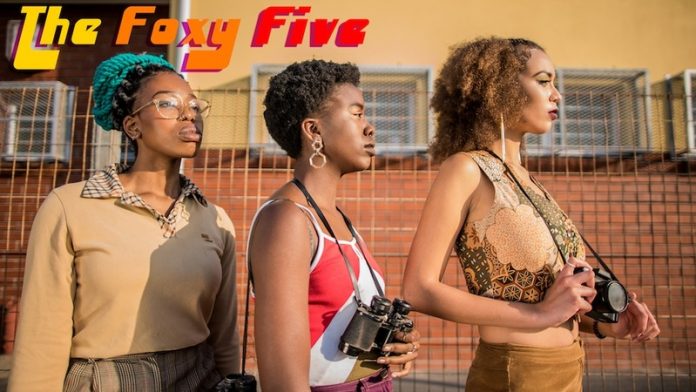 As the opening scene pans the iconic steps of the University of Cape Town, five women in Seventies inspired outfits march up and down, rifles in the air declaring war against patriarchy. They are The Foxy Five and they are redefining feminism for the modern South African woman. “The Foxy Five came about during the Fees Must Fall protest last year,” says creator Jabu Nadia Newman.

“I was feeling so helpless and decided to write down my thoughts and what I’d learned about feminism and intersectionality into a fictional story.”

She created a web series about a group of friends — five women who are faced with the interplay of race, gender, class, sexuality, power and how it all factors into their feminism.

“I was inspired by each of the actresses playing The Foxy Five and they helped to write characters based on their real lives, beliefs and experiences,” Newman says.

She hopes the web series will become a tool for education. “The premise of the show is to create discussion around intersectional feminism in a form that people can see and understand. The characters each represent a different struggle that black womxn [women] have to face and the episodes are trying to show them working together to deal with these problems properly,” Newman explains.

“As a black womxn you cannot separate being black from being a womxn and we try to show how complex that identity is.” The web series aims to show South African women that their experiences are real and legitimate and that it is going to take a collective effort to change things. The series is primarily targeted at black women.

“Now is the time for black womxn to make their voices heard,” she says. “Nothing is going to change without the input of black womxn. Our feminism needs to go beyond unshaved underarm and leg hair. It needs to delve deep into the issues that black womxn face every day.”

Initially setting out to create something out of her frustration and confusion, Newman did not anticipate the response the first two videos received. “The response has been great and overwhelming. I had no idea where I wanted to go with this series when I made the first episode,” Newman explains. “Now, because of all the positive feedback and interest in it, The Foxy Five needs to carry on.

The response and exposure also means she is now able to work with an all-female and majority black cast and production crew. “For the first episode I basically asked favours from friends and family and was not able to make it a full female production team, but now there are black womxn coming forward and wanting to be part of the project,” she says. The team is currently working on the next episode, which is expected to be released in late August. “We will also be hosting fundraising events to help us produce that episode,” says Newman. “We have a party on July 25 at The Waiting Room in Long Street and a clothing sale on July 16 at Trenchtown in Observatory, Cape Town.”

In total, The Foxy Five hopes to produce six episodes by December as the first season. “After that, I’m not sure,” Newman says. “But I really hope that other black womxn will be inspired to come forward and help us carry it on.”