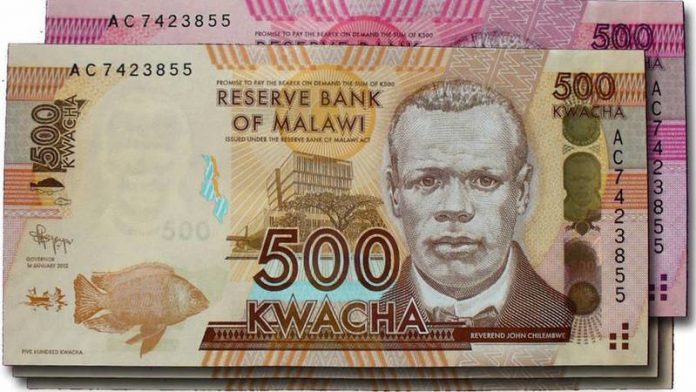 The scandal surrounding Malawi’s politically connected Sterling Timber International has deepened, with an insider alleging that the government settled the company’s large debt to the state-owned Malawi Savings Bank.

Sterling Timber received a 1.4-billion kwacha (R58-million) loan from Malawi Savings Bank (MSB) in 2011 to set up a timber processing plant, which it never built.

The Centre for Investigative Journalism Malawi has now been reliably informed that the treasury paid its debt to MSB – which allegedly still stood at R58-million – when the bank was sold to a private company last year.

Sterling has powerful friends. One of its directors, Peter Mwanza, is a former agriculture minister and senior member of the ruling Democratic Progressive Party (DPP).

And the MSB loan was facilitated by Malawi’s long-standing finance minister and DPP heavyweight, Goodall Gondwe, who was also one of Sterling’s initial directors.

Gondwe refused to answer questions when contacted on the phone two weeks ago.

The company was launched in February  2011 to add export value to pine cut in the 53,500ha Viphya plantation in the Mzimba district of northern Malawi.

It secured the loan from MSB despite having no experience in the timber business. The loan was guaranteed by another state institution, the Export Development Fund.

However, the factory was never built, and neither Sterling nor MSB has explained what happened to the money.

Last year the government controversially sold 75% of MSB’s shares to privately owned FDH Financial Holdings. This followed a recommendation of the World Bank and the International Monetary Fund, which found that politically connected individuals received huge loans from the bank that were not being serviced.

As part of the sale, the treasury paid out MK6-billion (R128-million) to clear toxic loans made by MSB to private companies.

Sterling’s name and amount do not appear among the 13 relieved debtors listed by the government. But a reliable finance ministry source, who was involved in the Sterling deal from the start, said that it was among the principal beneficiaries.

The source said the treasury paid off the full original loan amount.

Also benefiting from the write-off was Mulli Brothers, another politically connected firm.

Prominent on the list of companies that benefited from the Malawi treasury’s generosity is Mulli Brothers, which is listed as owing the Malawi Savings Bank a whopping MK4.8-billion (R104-million).

He remains a known supporter and financier of the ruling Democratic Progressive Party.

The company is owned by Bintony Kutsaira, a senior DPP politburo member.

Treasury spokesperson Nations Msowoya told The Nation newspaper that the toxic loans “had been on the bank’s books for a long time without generating interest … and this reduced its share value.

“This [debt relief] was not protecting individuals.”

In an interview with amaBhungane in 2014, Gondwe confirmed to the centre that he lobbied for the loan but said he no longer had any connection with Sterling.

He referred all questions to the Sterling chief executive and board chairperson, whose names he claimed not to know.

In a telephone interview last week, Gondwe reacted furiously to questions about the debt relief.

“Don’t ask me that as if you are my boss. What is your problem?” he snapped, before hanging up. Several attempts to contact him for further clarification were unsuccessful.

Treasury spokesperson Nations Msowoya failed to answer questions over a four-week period, despite reminders and his assurances that he would respond.

“It just shows that there is no accountability on the way Treasury uses funds,” Felix Jumbe, an opposition MP who chairs Parliament’s agriculture committee, told The Nation newspaper.

Sterling was the brainchild of the Timber Millers’ Cooperative Union, comprising 400 small millers, which held a 63% stake in the company.

The plan was for the union to supply raw timber to the factory, which would export finished products to the United Arab Emirates, South Africa and East Africa.

It was the beneficiary of a state loan guarantee scheme that targets “non-traditional exports” – but which does not cover timber products.

The millers’ union withdrew its support for the venture in 2014, complaining that the factory had not been erected and it had no idea what happened to the loan.

Said Shadrack Gondwe of the Chibwaka Co-operative Miller Timbers, one the Sterling shareholders: “They rented a ramshackle timber building in the Viphya plantatation from a German, bought five pick-up trucks, office supplies and a transformer.

“No plant or machinery was bought for use in timber value-addition. In fact, nothing took off the ground.”

“Not within its mandate”

Malawi’s Anti-Corruption Bureau said this week that it could not investigate the Sterling scandal until it receives a formal complaint. “The bureau is not investigating the issue of toxic loans at the Malawi Savings Bank because that is not within its mandate,” said ACB spokesperson Egrita Ndala.

Under the Anti-Corruption Bureau Act, the bureau cannot launch an investigation purely in response to public concerns, even though the necessary information may be in the public domain.

Meanwhile, the Viphya plantation, once said to be among Africa’s largest, has been reduced to an uninterrupted vista of charred tree stumps.

The licences far outstripped the forestry department’s capacity to replant or maintain the forest.

Harvesting has been put on hold for the remaining trees and members of the Malawi Defence Force have been posted there to keep loggers away. Local environmentalists contend that less than 20% of the original area has been replanted.

The latest auditor-general’s report revealed that the government has lost at least 3.4-billion kwacha (about R70-million) in uncollected revenue from tree and fuel-wood sales, rentals and permits issued to plantation operators at Viphya.