The rise of the independent council candidates who reject conventional authority 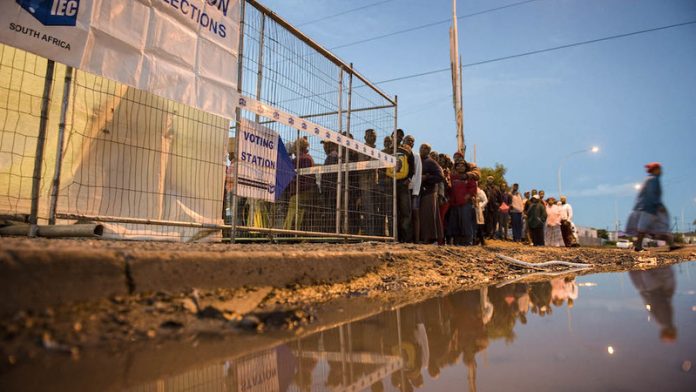 There is a growing mood around the world of rejecting conventional authority – Occupy Wall Street, Arab Spring, hashtag protests like #FeesMustFall. In South Africa, one manifestation of this trend is the rise of independent council candidates. Where I live in Makana, Eastern Cape, 5 out of 14 wards are being contested by independents, comparable to the number of wards one established party, Azapo, is contesting, and more than Cope (no candidates) or UDM (only one PR candidate).

In other parts of the country, the independent movement has taken another form – Forum 4 Service Delivery (F4SD) has put up 300 candidates mostly in Northwest, but with a substantial number in Gauteng and Limpopo and some in Mpumalanga. F4SD is an umbrella for independents, and has grown out of nothing in a matter of a few months.

Other similar campaigns have arisen other areas, such as the Sterkspruit Development Forum in the Eastern Cape and Palmridge Community Forum in Gauteng.

It will be interesting to see if independents have electoral success: this is a new phenomenon in our current political order, which has been dominated by political parties, most of which have strong top-down organisation and control. The ANC deploys down to municipal level: though a council formally elects a mayor, councillors do what they are told by head office. Indeed, there has been at least one case where ANC councillors got in trouble for electing a DA mayor. It remains to be seen how DA head office would react to DA councillors electing an ANC mayor – yet there is no reason not to do so in either case, if the other party has the best candidate.

The other new kid on the block, EFF, has yet to win office so it is hard to know how they will operate. The fact that they appear from the outside to operate a leadership cult with the not very democratic sounding title of “commander-in-chief” for the party leader suggests that they too will operate by direction from head office.

At municipal level, issues are local and personal and there is a strong case for councillors to focus on being accountable to their community, which is why we have ward elections and not a pure PR system as we have at national and provincial level. Yet parties operate a caucus system at local government, giving individual councillors little latitude to work directly for the interests of their community – particularly when doing so would conflict with their party’s agenda.

Will independents remedy the many flaws in delivery? I don’t know, but the experiment is worth trying because we are more than 20 years into democracy and the other way has failed in many communities – water outages, failure to replace bucket toilets, poorly maintained roads.

A factor in the failure of municipal services is that our new constitutional order was not accompanied by a citizen’s education programme to foster active citizenship and to build civil society. Councillors who are more accessible and who are more directly accountable to the community could help to foster active citizenship; it is in their interests to do so as direct community involvement will help them build their base.

We live in exciting times – fluid, unpredictable political movements around the world; who would have predicted the rise of Trump, the narrow loss of Bernie Sanders against a much more favoured Democrat, the rise of Jeremy Corbyn, the Brexit vote?

In this environment I am hesitant to make predictions. All I can say is that independents add an interesting new option to the mix; if this growing movement helps to build grassroots democracy, political accountability and a more active civil society: great. If not, it is at least worth a try, because our previous methods have failed.

The author has provided advice to F4SD but is not an office bearer of, nor a candidate for any political movement.

ANALYSIS: 2016 – the year the ANC failed to keep up with changing SA politics

Were the 2016 local government elections the beginning of ‘politics by consent’?