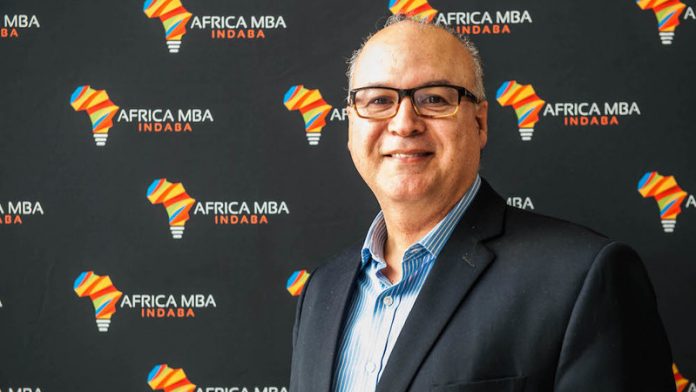 South Africans are forking out millions of rands to study for their master of business administration (MBA) degrees at the world’s leading business schools.

This week, senior admissions officers at Oxford, Wharton, Stanford and Columbia confirmed that there was growing interest from South Africans for an MBA at these institutions.

Oxford University said 19 South Africans had registered for the one-year MBA, starting next month, which costs about R1.4-million.

Three or four students will start their MBA at Columbia next month, where the two-year programme costs about $200 000.

At least 2 400 applications from Africa were received by the Stanford Graduate School of Business for its eight full MBA scholarships that are offered as part of its Africa programme.

Tammy Brophy, Oxford business school’s MBA recruitment manager for Africa, said the biggest demand on the African continent for enrolment in its MBA programme was from South Africa.

“We have a higher offer rate for our South African candidates based on the fact that, generally, those that do apply are very strong compared to other parts of the world where we may have more applications but a low offer rate.”

She said that more than 65% of their students from Africa received some form of scholarship, adding: “The dean’s scholarship, personally funded by the dean and his wife, is awarded to one student from Africa each year.”

Oxford made a few changes to its admission criteria for the MBA, which was “extremely competitive”, according to Brophy.

“We have done a lot of research to identify what defines a strong African candidate. So we are able to assess candidates from Africa on their own merits as opposed to trying to compare them to somebody who perhaps came from an Ivy League university in a first-world country.”

Brophy said their MBA applicants needed to have performed well in their undergraduate degree and to have a good score in the mandatory graduate management admission test.

She said Oxford had “huge respect” for a number of South African business schools and universities and worked closely with the University of Cape Town and its business school.

“We work quite a bit in terms of international modules, which we host with our MBA and executive MBA students, so we have a huge amount of respect for the local business schools. Unfortunately, we don’t get a lot of opportunity to partner officially with a lot of them.”

The obvious benefit of getting an international MBA was the “diversity in the class in terms of nationality”.

“At Oxford, 95% of our class is international. You will meet people from all corners of the world. There are 50 different nationalities, everybody from North America to Latin America.”

Twelve African countries are represented in the Oxford MBA. “We are the only business school outside of Africa that has such a large percentage of African students,” Brophy said.

Sabah Khan, associate director of MBA admissions at Stanford Graduate School of Business, confirmed the high number of South African applicants for the African scholarships, adding that the country “is one of our strongest pipelines”, followed by Ghana, Nigeria and Kenya.

About 2 700 people from more than 40 African countries have applied for September’s intake. At least a dozen people from Africa were accepted, including six who will be fully funded.

“Those students agree to come back to Africa within two years. So through that scholarship programme, we’ve seen the pipeline just really explode. When I started, we had somewhere between 100 and 200 applications from Africa for the MBA scholarship and now we have between 2 000 to 3 000 people applying for it.”

Michael Robinson, director of MBA admissions at Columbia University’s business school, said he received inquiries about the MBA from 45 South Africans in the first two days of his visit to South Africa this week.

“There is a growing level of interest. Koos Bekker [chairperson of Naspers] is our most famous Columbian.”

He said that American business schools were becoming much more aggressive in providing larger funding options for students from Africa.

Columbia had registered 550 MBA students from 60 countries for the August intake.

Danielle DeShields, associate director for MBA admissions at Wharton, said the school received many inquiries from South Africans who wanted to compare the benefits of studying the MBA locally or overseas.

“Wharton is one of the more selective schools and our overall admission rate is between 12% and 13%, depending on the year. It’s definitely possible to gain acceptance to Wharton but we recognise talent.”

She added that they would love to have “a strong South African population of students at Wharton”.

J Eric Wright, the founder of the Africa MBA Indaba and a former MBA student at Wharton, said: “I think it’s positive that South Africans and other Africans are looking to get a global education and international experience and then come back home to apply those new ideas and experiences, and leverage the relationships that they made overseas to further their careers.”

This week, Wright organised a conference attended by representatives from 23 business schools, including 10 international schools, and brought together former African MBA students who were making a positive contribution on the continent.