#LGE2016: DA wins Tshwane after emerging as the largest party in the city 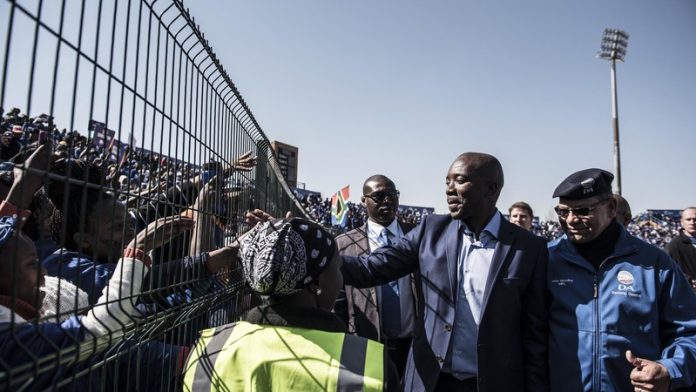 As the count came to end for Tshwane on Saturday, the DA walked away with 93 out of 214 seats in the metro, according to figures on the Independent Electoral Commission’s local government elections system.

BREAKING: We are officially the largest political party in Tshwane!

With 43.58% of the total valid votes, this means that the party won 39 ward seats and 54 proportional representation seats. This is a total of 43.46% of the seats won.

This means both parties have not reached 50%.

The EFF, which has the potential to be a kingmaker in Tshwane should it go into a coalition with either party, has 41.66% of the total votes, which equals to 25 proportional representation seats and 11.68% of the seats won.

ANC spokesperson Zizi Kodwa did not want to comment as yet because he said the results on the IEC system were only provisional and might still change.

He was in deep conversation with EFF spokesperson Mbuyiseni Ndlozi at the EFF’s table at the national results centre. – News24