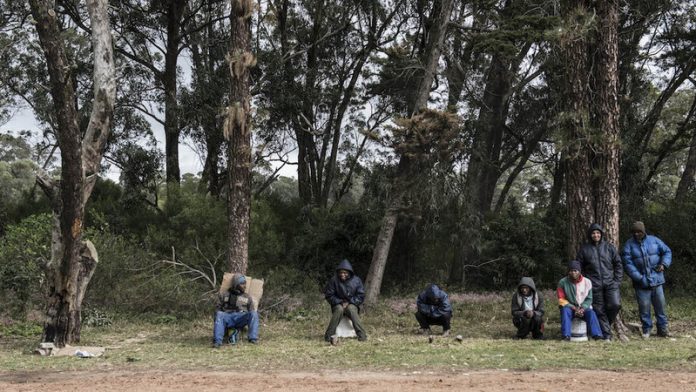 As election results show a coalition council led by the Democratic Alliance will govern the Nelson Mandela Bay metro for the next five years, voters in the party’s strongholds have called on it to let the municipal budget flow into their communities.

The DA won 9 of the 12 northern area wards in the local government elections, and won a total of 57 seats against 50 held by the ANC.

Spontaneous celebrations by DA supporters took place in areas like Helenvale and Gelvandale, where the country’s official opposition retained control after winning there in the 2011 polls.

But despite the party’s control of these wards, many residents said their complaints about poor service delivery were not tended to. The DA, in response, previously blamed the then ANC-led council as it controlled the city’s purse strings.

“Now that this is going to be a DA city we don’t want to hear any of that anymore. Open that budget for our people. These pipes must be fixed and they need to get me a better place to stay, like the councillor promised a long long time ago,” said Helenvale resident James Fischer, standing outside his backyard shack.

He, like Bishop Jacobs, a veteran community leader in the Gelvandale area, does not intend making the incoming city leader’s first few months in office easy. Jacobs is hopeful that he and his neighbours have not seen the last of DA mayoral candidate, Athol Trollip who made several stops in the area during his year-long election campaign.

“We must keep him to his promise. I’m personally going to put a lot of pressure on our councillor to watch his actions. If the DA steps out of line, we’ll stand up to them and protest until they change,” Jacobs said.

Independent candidate Donivin Moss shares Jacobs’ sentiment. He lost by a landslide after being willed to contest the elections by the community, due to his anti-gangsterism and sports activism. He earned significant ‘street cred’ after the areas’ gangsters tried to assassinate both him and one of the young boys he tried get into rehabilitation.

Two days after the poll, Moss was speaking to DA supporters outside the Hillcrest Primary School in Helensvale, near the informal settlement location where most of the residents are unemployed. “This DA council will feel the heat. Because I lost I am free to do community work and place constant pressure on them to deliver.”

The northern areas have an unemployment rate of over 50% among the youth, according to DA estimates. For Tim Potgieter, 26, a self-confessed gang member with a range of tattoos to prove it, the high unemployment rate has led to the spike in violent crimes in the area. He believes it has also fuelled a turf war between gangs, that has claimed nearly 100 lives over the past year.

Potgieter is less optimistic about improved service delivery with the official national opposition at the helm of the city. “This DA councillor was ANC before and couldn’t make a change. What’s the difference now? Ja it’s a DA city now, but to tell the truth, I would prefer that man (Moss) as a councillor. He spends his own money to help us get to clinics and is respected by us way more than ANC or DA,” said Potgieter.

In Motherwell the ANC scored significant support in the election, and voters who waited for more than five hours to cast their ballot said they feel the entire ordeal was a waste.

54-year-old Yolanda Njoli said she doesn’t believe the DA “victory” would last long. “It’s just five years. People in other parts of PE will realise the mistake next time. Especially those who voted for independents.”

In Zwide, outside the election results centre, Trollip delivered his victory speech to roaring cheers in a crowd of about 100 people. “The change you’ve been waiting for is here. All these things you were complaining about will now be addressed and we will do what we promised,” he said in near-fluent isiXhosa.

Trollip is expected to be elected mayor once the party negotiates a coalition with other parties, which may include the UDM, Cope, AIC, ACDP or Patriotic Alliance. But he now faces the daunting task of uniting the smaller parties behind DA policies.