Afghans flee fighting as Taliban marches on Helmand province, US steps up airstrikes 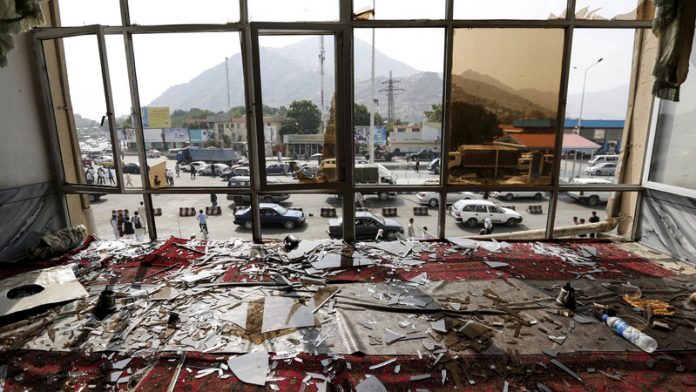 Thousands of civilians in Afghanistan’s Helmand Province have fled their homes in the past weeks as fierce fighting raged between Afghan forces and Taliban fighters, sparking a humanitarian crisis.

Afghan forces backed by United States air strikes continued their operation to end the Taliban siege of the area, forcing people to flock to Lashkar Gah for safety.

Local officials warned on Tuesday that the provincial capital was struggling to cope with an influx of people fleeing the fighting across Helmand.

“About 30 000 people have been displaced in Helmand in the past several weeks. Most of them are coming to Lashkar Gah,” said Omar Zawak, the provincial governor’s spokesperson.

“It’s difficult for the city to contain all of them. Families, women and children all have to sleep on the streets. There is a shortage of food and clean water. We need urgent support.”

The Taliban’s advance towards Lashkar Gah has compounded fears that the city was on the brink of falling into Taliban hands, even as US and Afghan officials insist they will not allow another urban centre to be captured.

The turmoil in Helmand, blighted by a huge opium harvest that helps fund the Taliban, underscores a rapidly unravelling security situation in Afghanistan.

The defence ministry on Monday confirmed that heavy fighting had flared in the Nad Ali district, where government troops sought to dislodge fighters who overran a neighbourhood only a few kilometres from Lashkar Gah.

The armed group has also carried out attacks in Nawa district, just south of Lashkar Gah.

Lashkar Gah residents voiced fears that the city could fall, saying fighters had heavily mined the roads from neighbouring districts and exhausted soldiers were running out of food supplies.

“The Taliban are in control of all the roads leading to Lashkar Gah,” said resident Haji Qayum.

“The police check posts are falling one by one. There is a great fear the capital may fall to the Taliban.”

The Taliban briefly captured the northern city Kunduz in September last year, the first city to fall to the rebels in their biggest victory in 14 years of war.

The Taliban in effect control or contest 10 of the 14 districts in Helmand, the deadliest province for British and US forces in Afghanistan over the past decade.

The fighters are flushing an elite new commando force into Helmand, which they call Sara Khitta — the Red Brigade.

“They are a highly trained, well-armed unit with modern equipment including night vision goggles,” a Taliban commander in Nad Ali district said, without revealing their exact number.

An Afghan security official in Kabul confirmed the existence of the new Taliban unit in Helmand, but downplayed their effectiveness on the battlefield.

Meanwhile, the US has stepped up air strikes supporting Afghan forces on the ground, highlighting the intensity of the battle in Helmand.

“The situation down there remains tense and somewhat contested,” Nato said in a statement. “It remains an ongoing security concern and there has been fighting down there for the last several weeks. We remain confident that the Afghan forces are fighting effectively and that they will continue to secure Lashkar Gah.”

Nato officially ended its combat mission in December 2014, but US forces were granted greater powers in June to strike at the armed group as President Barack Obama vowed a more aggressive campaign.

The US has deployed several hundred troops in Helmand in recent months. — AFP

Farmers in war-torn Afghanistan hit by worst drought in decades

'The roses are much better... I make good money from roses. They are resistant and don't require as much expense or work'
Read more
World

UNICEF: Up to 60% of Afghan girls out of school

The spread in violence has forced many schools to close, undermining fragile gains in education for girls
Read more
Advertising

Pandemic rules were used to justify a violent raid on a homeless shelter in Uganda, but a group of victims is pursuing a criminal case against the perpetrators
Read more
Opinion